Here's what happened this whole week.

It is a known fact that Hina Khan, who rose to popularity with her character Akshara in Star Plus’ much-celebrated show Yeh Rishta Kya Kehlata, is not just a great actor but also a wonderful singer. Bigg Boss 11 fame Hina, recently, took to her social media handle to share a video on Instagram, where the actress is seen singing a song from Alia Bhatt and Vicky Kaushal starrer ‘Raazi’, titled ‘Dilbaro’, which is originally sung by Harshdeep Kaur. The actress captioned the post as, “Being a Kashmiri girl myself I know how simplicity can be breathtakingly beautiful. This song surely takes me back to the most beloved memory lanes.” Catch the video here:

Being a Kashmiri girl myself I know how simplicity can be breathtakingly beautiful. This song surely takes me back to the most beloved memory lanes. Thank you @meghnagulzar @aliaabhatt @shankarehsaanloy @harshdeepkaurmusic @sarafvibh for rejuvenating our folk songs with the absolution of simplicity much needed in these times.A small token of love and my best wishes for #Raazi

Television lovebirds Prince Narula and Yuvika Chaudhary, who recently got engaged, make an amazing couple together and their love is one of its kind. The couple, who met each other in the Bigg Boss house, had kept their relationship under wraps. Just recently, the duo exchanged rings and made it official, much to the happiness of their fans, who had been waiting for this day for long. The couple never cease to surprise us and this time too, Prince and Yuvika are sure to give many young couples new relationship goals. Recently, we got our hands on a picture of Prince and Yuvika where we see that the former has got his ladylove’s name inked on his back. Yes, you read that right. Prince has got a tattoo of Yuvika’s name on his back. How sweet is that? 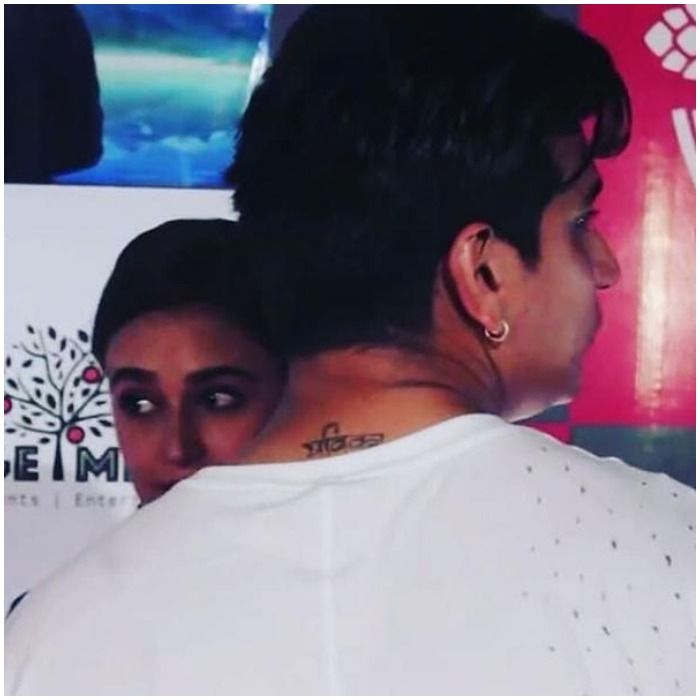 Speculations were rife that TV Czarina Ekta Kapoor is all set to make a TV remake of Karan Johar’s iconic film Kabhi Khushi Kabhie Gham. Reports also suggested that a newbie will be joining the show in the role of Anjali — Yogita Bihani, who was seen in a promo of Dus Ka Dum, alongside Salman Khan. However, Ekta cleared the air looming around her upcoming family drama by posting a tweet, which read, “I’m not making Kabhi Khushi Kabhi gum! I’m making a about rich family that own a pharmaceutical business ! The story is completely diff!! Soon on. SONY!(sic)”

The Twitter account of Yeh Hai Mohabbatein actor Karan Patel, who is pretty active on the social media, had been hacked but luckily no such activities took place that caused any hindrance, grabbing anyone’s attention. However, the account is back under his control. While several celebrities, whose social media account gets hacked, have had unpleasant experiences, Karan has just been too lucky as nothing of that sorts happened.

Nitika Anand Mukherjee To Take A Break From Ishqbaaaz Due To Pregnancy?

Television actress, Nitika Anand Mukherjee, who essays the role of Shivaay’s (Nakuul Mehta) mother on the popular TV show Ishqbaaz, is expecting her first child and is, thus, reportedly taking a small break from the show. Reports indicate that the actress is in her third trimester. The actress too confirmed the news as she told an online portal, “Yes, I am taking a break from the show as I am in my last trimester.” Reportedly, Nikita and husband Indrajit Mukerjee, who tied the knot in 2016, are expecting their first child almost 12 years later.