B-town's eligible bachelor is engaged to the new girl of his dreams who goes by the name Mira Rajput. 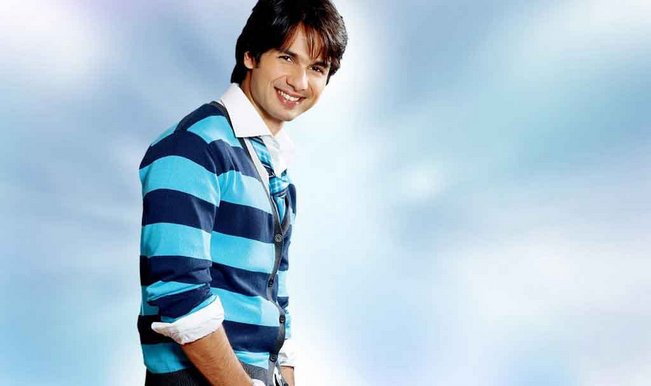 We had told you about Bollywood heartthrob Shahid Kapoor’s engagement on Makar Sankranti (January 14) to a girl from New Delhi. At the time, the rumours were denied by the parties concerned. But for the past two days, entertainment media is again talking about one of the most eligible bachelors of B-town having got engaged to the new girl of his dreams who goes by the name Mira Rajput. Apparently, Shahid’s dad, actor Pankaj Kapur met the girl’s parents a few days ago. (See picture of Mira Rajput, Shahid Kapoor’s fiancée!)

If you remember, Shahid had expressed that he does not want to date or get married to anybody from Bollywood, as a person from a different field would add a different perspective to his life. It looks like Shahid is ready to settle into a more normal life than is usually lead by a Bollywood star!

So who is Shahid Kapoor’s girlfriend (fiancée) Mira Rajput?

9Xe reports that Mira Rajput is 23-year-old Delhi girl who studied at the prestigious Lady Shri Ram College for Women. Nobody in Bollywood media has seen the girl but she was reportedly in Mumbai for a while when the paparazzi tried to have a sneak peek. (UPDATE: Shahid Kapoor engagement: Fiancée Mira Rajput says actor is only a ‘family friend’)

The news of Shahid Kapoor’s impending wedding comes after rumours of other B-town couples having got serious about their relationship, be it Ranbir Kapoor and Katrina Kaif or Ranveer Singh and Deepika Padukone. Except that in Shahid’s case, his lady love is not a Bollywood star, which is probably good for him. Watch this space for more updates on Shahid Kapoor’s engagement and wedding! (Shahid Kapoor Photo courtesy: Pixshark.com)