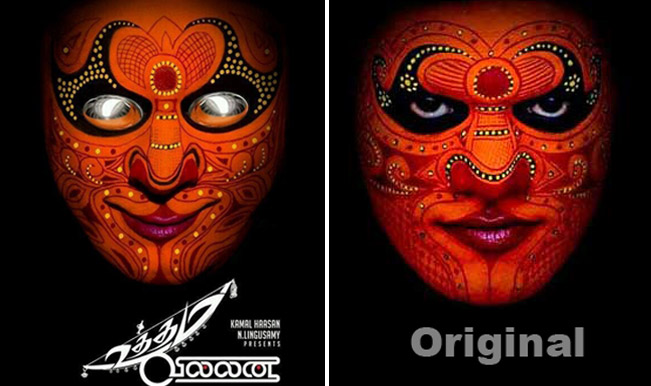 Mumbai, March 12: There is speculation that the first look of Kamal Haasan‘s Uttama Villain is inspired by an image taken by French photographer Eric Lafforgue, but the veteran actor has slammed the allegation.

“Theyyam is a more than a 1,000-year-old art. The make-up was done by a good artist, who is probably a third generation practitioner of this art. The lighting might have been similar,” he said. “It is like saying two lovers – one leaning on another’s chest looking in the same direction is a copy of the Ek Duje Ke Liye (his Hindi film) poster,” he added.

Painting his face for the look was not easy. “That is not a mask. It is painted on my face. It took 4 hours to paint my face. It is a tradition passed on from many generations”

Uttama Villain chronicles the life of a superstar who decides to make a period comedy called Uthama Villain. The film will be released at the end of 2014.