When it comes to pouting in Bollywood, two names instantly come to our mind, Karan Johar and Bebo aka Kareena Kapoor Khan. Well now, looks like KJo is imparting lessons to his beloved Suhana Khan. Well, we all know that Karan and Shah Rukh Khan are incredibly close. Thus it goes without saying that KJo is close to Suhana, Aryan and AbRam as well. We have seen Karan indulge in selfie sessions with little AbRam giving him a lesson or two in narcissism. And now it looks like the esteemed filmmaker is imparting his pouting skills to Suhana.

In his Instagram story, Karan shared a pic with the beautiful young girl. In the pic, Suhana looks pretty in a beige coloured dress, where as Karan looks smart as always posing with a pit. Suhana, who is pursuing her higher studies in London, is currently in India for her break. Yesterday, she was spotted with dad, SRK in Kolkata, cheering KKR on. Meanwhile take a look at the pic KJo shared below : 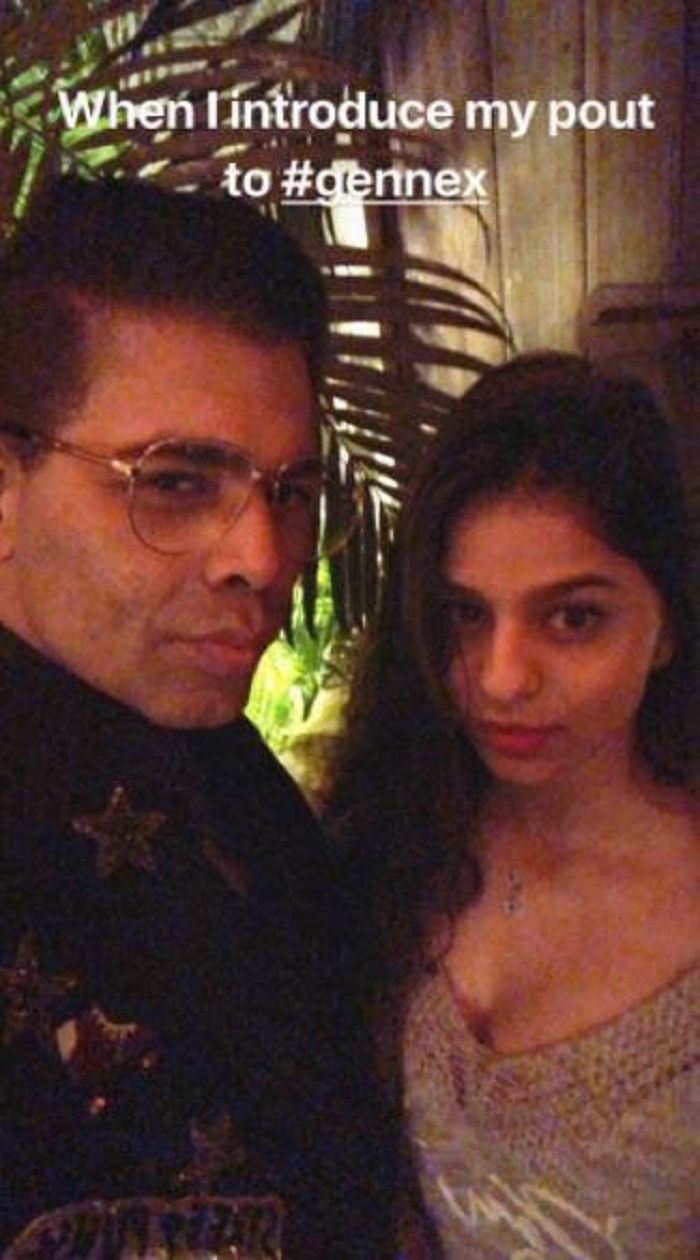 Suhana dreams of venturing into Bollywood someday and we’ve heard how Karan harbors this desire of mentoring her. A leading daily quoted a source as saying, “She was at Karan Johar’s office recently and there were professional hair stylists and a make-up person with her. She was styled by a top stylist and shot by an ace photographer.” SRK, on his part too has always mentioned how he wants his children to pursue their graduation before they take up a career. “Suhana wants to be an actress and she says that she doesn’t want to learn it from me. Which is an amazing thought to have. Because it means that she wants to do the same thing as me but with an independent and a unique voice,” he had said about his daughter.