Aanand L Rai’s ‘Zero‘ is one of the most anticipated movies of this year and has been creating immense buzz on social media ever since the release of the posters and trailer of the film. Katrina Kaif plays the role of an actor named Babita Kumari who is battling alcoholism in the movie. The ‘Phantom’ star posted two pictures on her Instagram story from the sets of the flick.

In one of the pictures posted by her, choreographer Bosco Martis is instructing her, she has captioned it as, “Zero shoot today with these legends.” 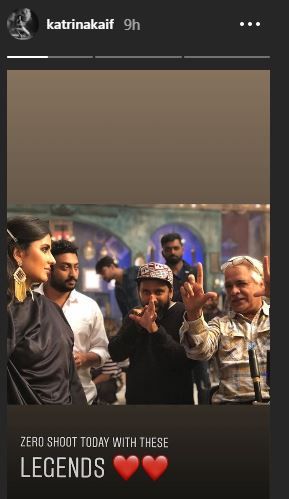 In another candid photo, the 35-year-old actor is seen getting ready for her shot. 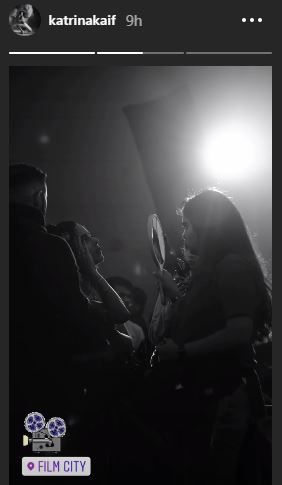 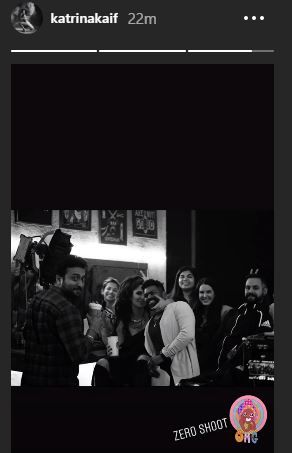 The ‘Tiger Zinda Hai’ actor looks stunning in the recently released trailer of the film and her character looks promising. The trailer was launched in a grand event organised by the makers of the film at Ghanta Ghar in Mumbai on Shah Rukh Khan’s 53rd birthday on November 2.

The trailer received love and appreciation from B-town celebrities and their fans.

It also stars SRK, who plays the role of a vertically challenged man and Anushka Sharma, who features as a struggling scientist and has cerebral palsy. Produced by Gauri Khan, the movie is all set to release on December 21.