Wallpaper or Forest? Bharat Star Katrina Kaif's Throwback Picture Proves Her to be as Much of a Diva Back in Childhood Days as Now, Demands Fans 'Respect' on Viral Picture

Some people are born to be posers, even before they can step into the glamour world and Bharat star Katrina Kaif surely belongs to that lot, given her latest picture on Instagram. Treating fans to a blast from the past, Katrina posted a childhood picture of herself on her social media handle and left fans gushing over the born beauty.

Seen posing before a wallpaper of a forest, like many of us teenagers, Katrina flaunted her long open tresses on one side as she donned a grey turtle neck and smiled simply for the camera. She captioned the innocent pic in her witty style, writing, “I mean u gotta respect the earnest posing in front of the forest wallpaper #tbt #childhoodmemories” (sic).

While fans couldn’t stop swooning over the adorable picture, Katrina’s sister Isabelle Kaif, who will soon be making her Bollywood debut, commented on the post, “Some serious hair goals happening there!” 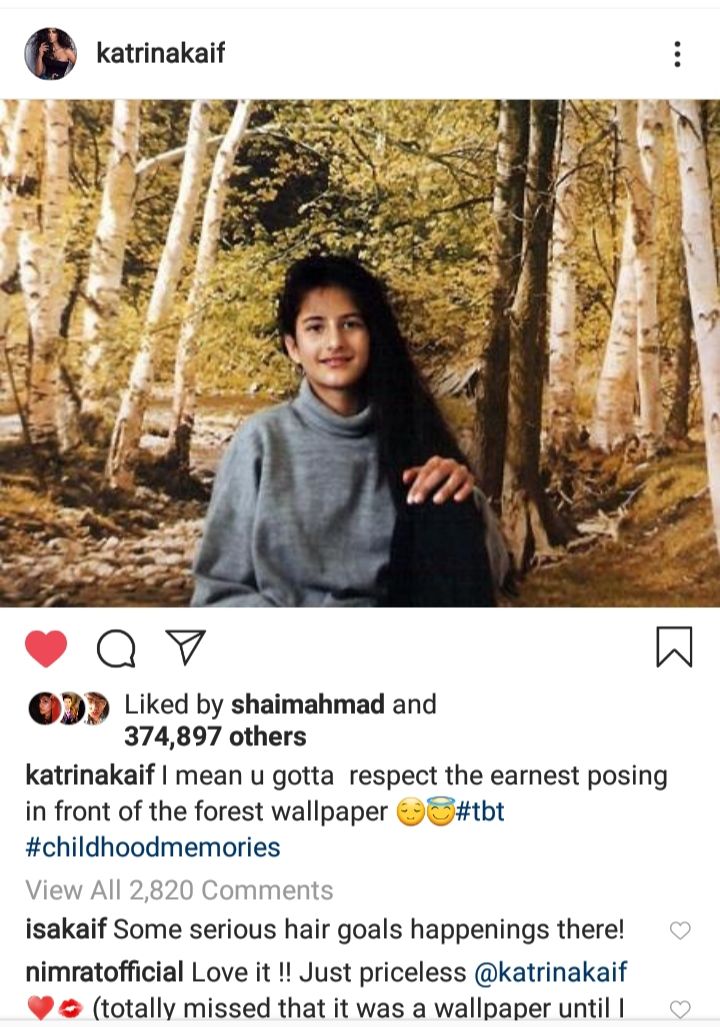 The fans couldn’t relate more, both with the cliche pic and sisterly love. Within two hours, the picture had already garnered over 6 lakh likes and is still trending viral.

On the professional front, Katrina will be next in Bharat opposite Salman Khan. The film is directed by Ali Abbas Zafar and is jointly produced by Atul Agnihotri, Alvira Khan Agnihotri, Bhushan Kumar, Krishan Kumar, Nikhil Namit and Salman Khan. The film also stars Tabu, Sunil Grover and Disha Patani in important roles. The film is an official remake of popular Korean film, titled Ode to My Father, and is slated to hit the screens on June 5, 2019.