Love Shots soundtrack trailer and motion poster: Pyaar Bubblegum song is sure to be a hit!

A sampling of the Pyaar Bubblegum song from Love Shots the web series has left us wanting for more! Listen to it here! 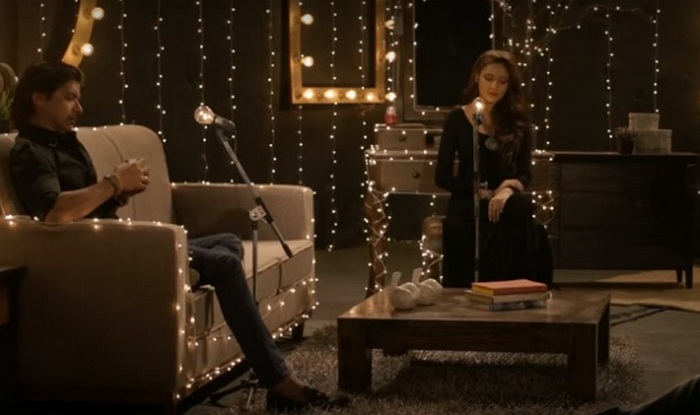 We had shared with you the delightful trailer of Y-Films new short web series, Love Shots, directed by Ankur Tewari. Now, a new trailer of the series’ soundtrack is out, along with a motion poster of the songs. And a sampling of the Pyaar Bubblegum song from Love Shots the web series has left us wanting for more! Listen to it here!

Love Shots is a series of six short films for the web that “explore love in every form, shape and stage in life”, as Yash Raj Films says. The album’s trailer tells us that the web series features six original songs by young and cool musicians of India.

So, there is the catchy Rajasthani pop song Pyaar Bubblegum we told you about, which has been composed by the talented Gaurav Dagaonkar and features Divya Kumar. This is the only song revealed in the Love Shots soundtrack trailer. Then there is the retro Babu Moshai with Arunima and Anurag.

Ho Gaye Cool has been described as a “cool, Hindi jazz song by Subhi Khanna” while More Piya by Superbia is a romantic ballad by Shaan & Arpita. We still haven’t got a glimpse of these songs. Then there is the “powerful” song Faasle by the Anand Bhaskar Collective, followed Life Changes Everyday by Ankur Tewari featuring Nishchay Parekh.

Y-Films informs that the six song videos have been directed by Shraddha Pasi Jairath. Each video will be attached to each short film in Love Shots, and will be complemented by graphics such as the cartoon style of Mario Miranda and also mobile game-inspired lyrics by Vaibhav More. See the Love Shots soundtrack trailer here!

Y-Films has earlier presented short web series like Man’s World and Bang Baaja Baaraat that were very successful on YouTube.