As per the reports, a reception ceremony will be held in Kochi which will be attended by all the elites of the industry

Acclaimed Malayalam actor Sunny Wayne is married now. Neelakasham Annayum Rasoolum actor has tied the knot with Renjini Kundu, the founder of Kshetra Dance School in Kochi. The wedding ceremony took place at the Guruvayoor temple with only close friends and family present at the intimate affair. Sunny took to Instagram to share a picture post their wedding and captioned it as, “Just got married.” (sic)

In the picture, Sunny looks handsome in a traditional veshti attire and a tulasi garland around his neck and his bride Renjini looks gorgeous in mundu veshti saree and minimal gold jewellery. Nevin Pauly also took to social media to wish the couple a happy married life. He wrote, “Happy Married life Sunny kutta and Renjini! Stay blessed.”

As per the reports, a reception ceremony will be held in Kochi which will be attended by all the elites of the industry.

Check out the newly-wed pictures here: 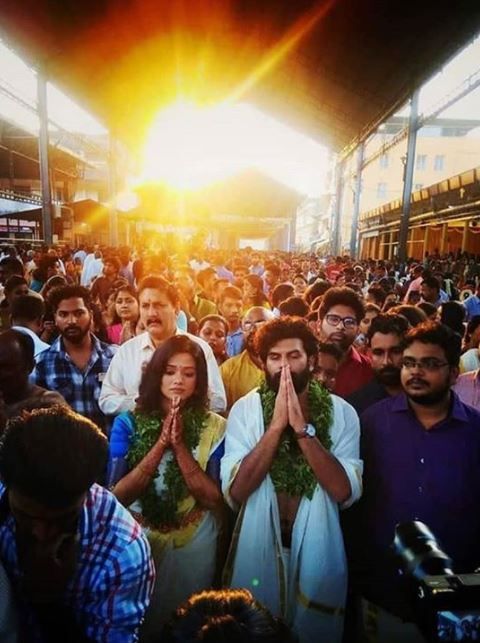 Sunny made his debut in the film industry with Second Show starring Dulquer Salmaan in the lead role. He also went to create a niche for himself in the Malayalam film industry with the films such as Neelakasham Pachakadal Chuvanna Bhoomi, June and Kayamkulam Kochunni. He has received a lot of appreciation and accolades for his negative character in the film Kayamkulam Kochunni. He is also known for his films such as lmirah and Annmaria Kallipilanu. He has also featured in the Malayalam remake of the Kangana Ranaut starrer Queen titled Zam Zam opposite Malayalam actor Manjima Mohan.