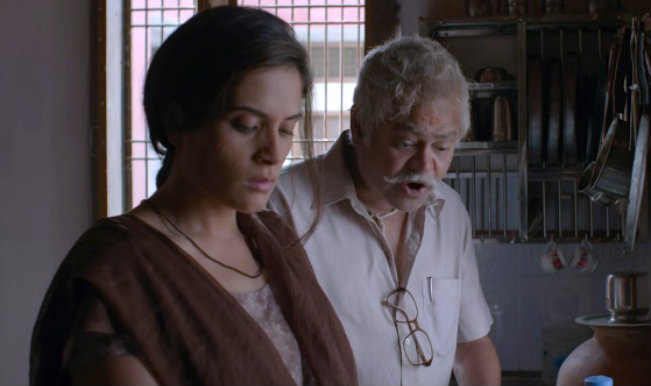 Richa Chadda might not be one of the popular bollywood stars, but she is definitely one of the best actresses in the industry. The young actress has been time and again praised for her performances but she never received fame and consideration in the B-town. A trailer of Richa Chadda-starrer Masaan has been released.

The movie was screened at the 2015 Cannes Film Festival at Un Certain Regard section. Masaan won FIPRESCI Prize at the festival and a special prize for debut film. The movie is based on two individuals and their stories which eventually converge. Richa Chaddha plays a school teacher in the film, who gets caught in an indecent act with a student. Watch the trailer of Masaan here and tell us what you feel about it in the comment section below.