Mona Singh Celebrates First Lohri After Marriage, Pictures Will Give You Punjabi Feels

PICS: Actor Mona Singh's first Lohri after marriage is all about Bhangra.

Lohri is a valued festival that is celebrated with utmost gusto and enthusiasm by Punjabis. It is not just about bonfire but more of til, gur rewari, peanuts and popcorn. On an auspicious day (January 13), it holds special importance for newly married couple or a new family member as their first Lohri is celebrated like a big festival where everyone is invited to bless them. And Bollywood actor, Mona Singh’s first Lohri in the Rajgopalan family was no different.

Mona Singh and Shyam celebrated their first Lohri in a traditional Punjabi ceremony and pictures/videos from the event have been shared by the actor herself. Her family and friends can be seen posing with her. The caption reads as, “Happpyyyy lohri #love #lights #happiness #mygang”. 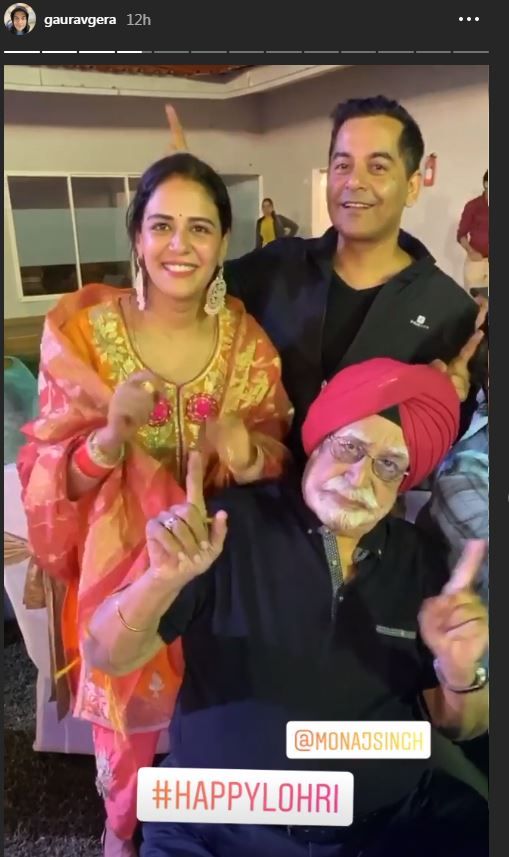 Watch the videos from the Lohri function:

On  27 December 2019, Mona and Shyam had tied the knot and their wedding celebration was full of fun elements that depicted their love story beautifully. Since then, their Instagram feeds are filled mushy pictures and adorable love notes. The duo knows how to make each other feel special and we cannot stop but gush over their in-love pictures.

Shyam is an investment banker and they both married after dating for nearly two years.

Mona rose to fame with her role as Jasmeet Walia aka Jassi in the show Jassi Jaissi Koi Nahin. She last starred in 2016 TV show Kavach…Kali Shaktiyon Se. Her current show Kehne Ko Humsafar Hain is an Ekta Kapoor production, a love triangle story featuring Ronit Roy and Gurdeep Singh. Mona made her Bollywood debut with the 2009 hit movie 3 Idiots starring Aamir Khan and Kareena Kapoor. She will be joining the duo once again in the 2020 movie Laal Singh Chaddha.