Actor Mona Singh, who is best known for her performance in the role of Jassi in Sony TV’s show Jassi Jaissi Koi Nahin and was last seen in ALTBalaji’s web-series MOM-Mission Over Mars, is all set to tie the knot with South Indian investment banker boyfriend Shyam on December 27, 2019. She has kept the details of her marriage a secret and not many know about the big day as she wanted to avoid all the unnecessary attention. Mona invited only her close friends including best friend Gaurav Gera, Rajesh Khera, and Rakshanda Khan among some others.

The actor even enjoyed a bachelorette trip in Goa with her friends and the pre-wedding party will be hosted by the couple on December 26. Mona’s friends posted a few pictures from her Mehendi ceremony and she looked beautiful without makeup with a bridal glow. She is seen wearing a pink salwar suit with floral accessories and Mehendi in her hands. Gaurav Gera can also be seen posing with the bride. 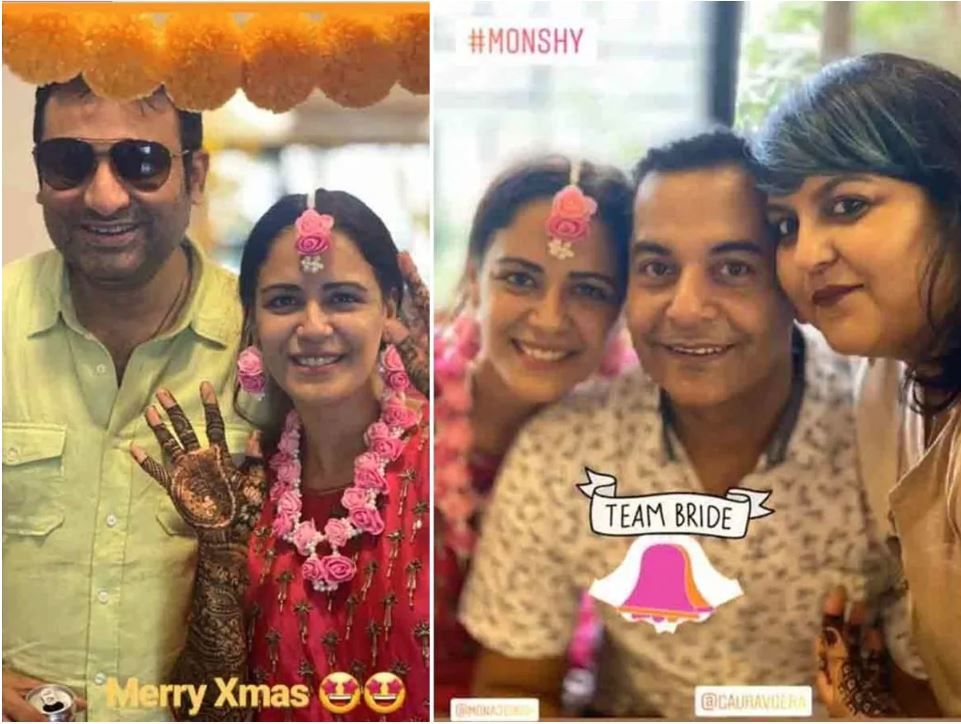 However, the actor has requested bulk leaves from the makers of her web-series Kehne Ko Humsafar Hain and has been granted the same.

Mona has always been tight-lipped about her personal life. She made sure that no rumour, no controversy about her personal life gets out in the public. She was recently seen in Colors TV show Kavach alongside Vivek Dahiya. The actor is also playing an important role in Aamir Khan’s next film Laal Singh Chaddha.

Mona rose to fame with her role as Jasmeet Walia aka Jassi in the show Jassi Jaissi Koi Nahin. She last starred in 2016 TV show Kavach…Kali Shaktiyon Se. Her current show Kehne Ko Humsafar Hain is a Ekta Kapoor production, a love triangle story featuring Ronit Roy and Gurdeep Singh. Mona made her Bollywood debut with the 2009 hit movie 3 Idiots starring Aamir Khan and Kareena Kapoor. She will be joining the duo once again in the 2020 movie Laal Singh Chaddha.