Singer Aryan Khan was seen with Qandeel Baloch in the music video BAN where she is seen twerking. 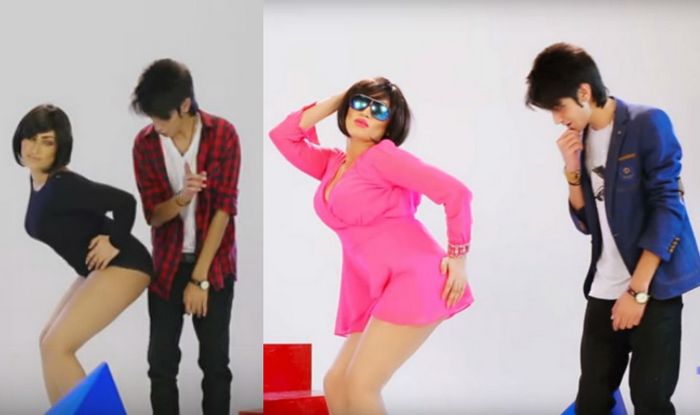 When Pakistani singer Aryan Khan, a young guy like Justin Bieber, must have shot for his “bold/sexy/hot” music video for the song Ban with Qandeel Baloch, he obviously would not have an idea that he was playing with danger. Qandeel Baloch aka Fauzia Azeem was killed on July 17 in Multan by her own brother, Waseem. He allegedly miffed with her for posting suggestive pictures and videos on social media. The man has been arrested and a probe is on in the murder of Qandeel. The model’s funeral was held on July 18 in a Pakistan village.

So coming back to young Aryan Khan, he was seen with Qandeel in the music video where she is seen twerking. The video caused some controversy in conservative Pakistan for Qandeel’s twerking act, but the bold girl was only bothered about not having done it properly. It is sad that she was killed by her own kin for being the social media star that she was. It is ironic that the Aryan Khan and Qandeel Baloch song is titled BAN and the lyrics go like Tere thumke de lag jaana ban for her twerking.

“After back to back controversies ‘Qandeel Balcoh’ is back again with a BOLD/SEXY/HOT music video titled ‘BAN’. Song is sung by Pakistani young singer Aryan Khan and music is composed by youngest Pakistani rapper, song-writer Arbaz Khan,” says the video’s description on YouTube.