The silent stir commenced at Valluvar Kottam in Chennai. The protest observed from 9am to 1pm. Rajinikanth and Kamal Haasan too joined the protest.

On Sunday, the Nadigar Sangam (South Indian Artists’ Association) came out to protest against the Centre for failing to constitute Cauvery Management Board (CMB). The silent stir commenced  at Valluvar Kottam in Chennai. According to reports, the Nadigar Sangam came out to support the two most burning issues faced by Tamil Nadu now.

Reportedly, the constitution of a CMB and to shut down the controversial Sterlite copper smelting plant in Thoothukudi are the demands of the association. The protest observed from 9am to 1pm and saw many stars from South (Tamil) industry in attendance including Superstar Rajnikanth, Vijay, Dhanush, Surya, Vivek, Siva Karthikeyan, Makkal Needhi Maiam Kamal Haasan, and several Nadigar Sangam functionaries (which included its president Nasser and general secretary Vishal).

Reportedly, the Centre failed to fulfil the February 16 direction of the Supreme Court, asking to form the Board and Cauvery Water Regulatory Authority by March 29. So, a one-day bandh was held on April 5, demanding the formation of the Board. Talking about the issues, in a statement, Rajnikanth, who was also present at the protest, addressed the media (outside his residence at Poes Garden) and said, “The Centre will be responsible for the anger of the people of Tamil Nadu if the board is not formed as ordered by the Supreme Court.” 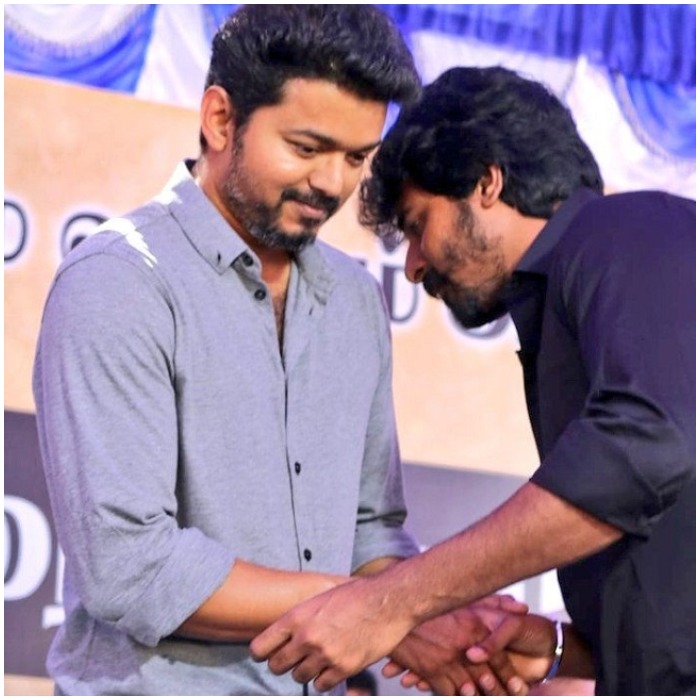 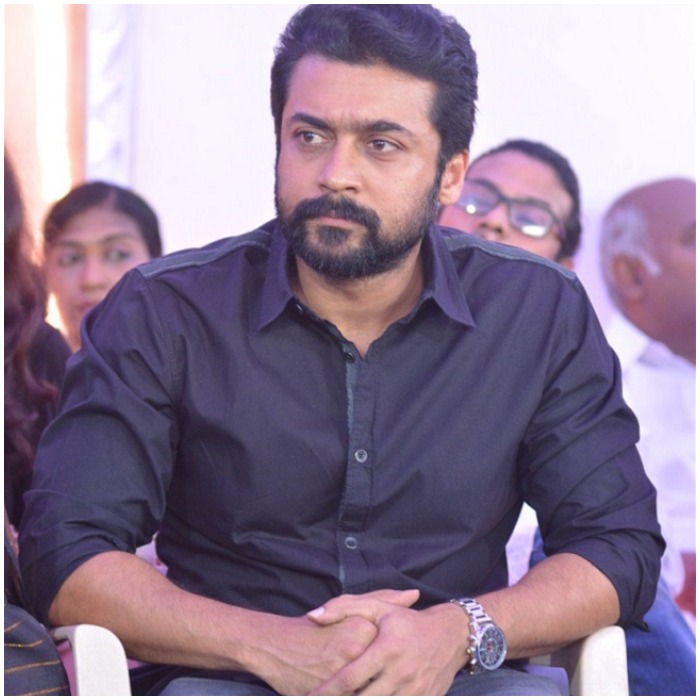 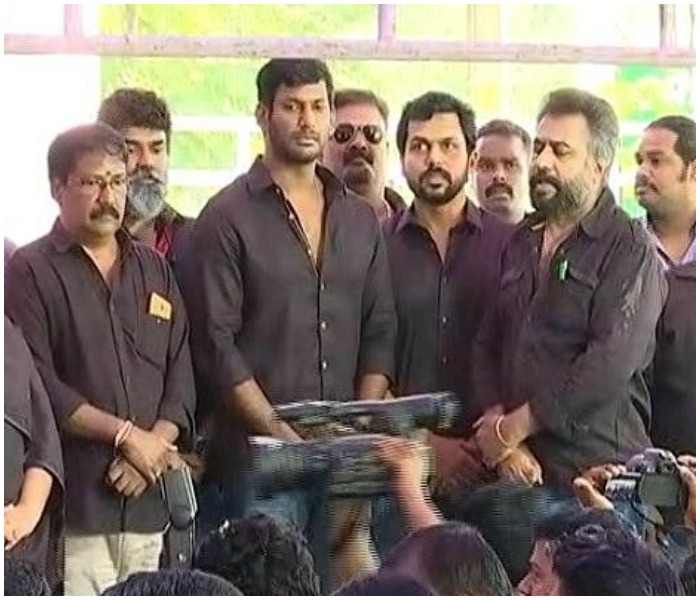 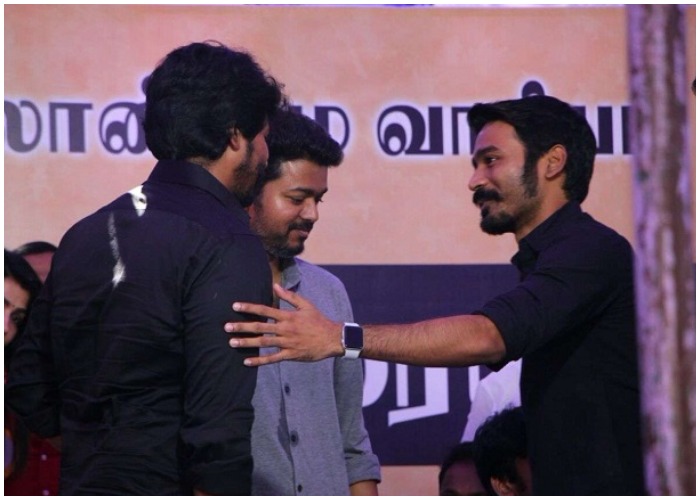 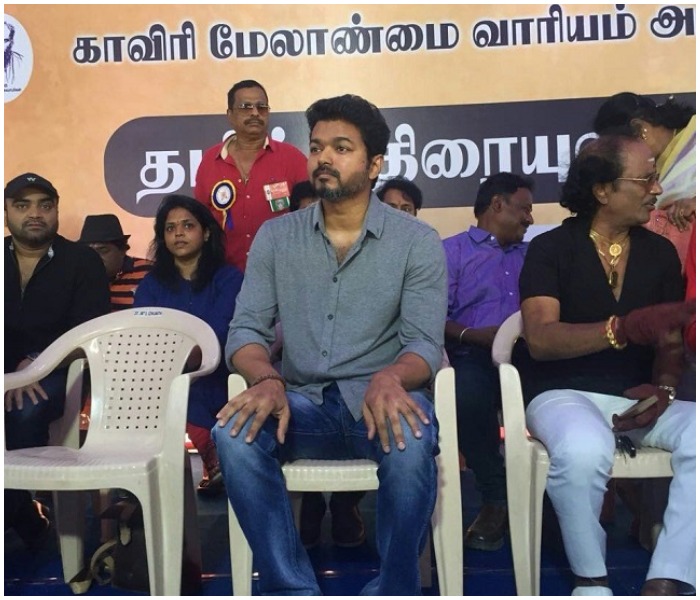 Talking about Sterlite, the actor-turned-politician Kamal Haasan had recently expressed solidarity with the protest against Vedanta’s copper making unit Sterlite near Thoothukudi and sought its closure. He had told the media, “The expansion (of Sterlite Copper, a unit of Vedanta) should not at all be allowed… if possible it will be good to close down this (existing) unit.” Joining the protesters at Thoothukudi, the actor noted, “Any industry that disregards people’s lives and cares only about its business and profits should be done away with.” Watch this space for further updates.