Aamir Khan, Sakshi Tanwar, Fatima Sana Shaikh, Sanya Malhotra and Zaira Wasim starrer 2016 film Dangal has won the Best Asian Film Award at the prestigious AACTA awards that were held in Sydney, Australia today. The sports drama directed by Nitesh Tiwari and based on the life of real life Indian wrestler Mahavir Singh Pogat and his two daughters Geeta and Babita, was unanimously chosen the Best Asian Film at the Australian Academy of Cinema and Television Arts (AACTA) Awards.

Veteran actor Shabana Azmi took to Twitter to share the news. She was one of the jury members along with AACTA chairman, Russell Crowe. While the film’s leading man Aamir wasn’t present at the event, Sakshi Tanwar, who played the role of Phogat’s wife in the film, received the award on Team Dangal’s behalf. We also got our hands on two pictures of the actress with Crowe and the excitement and happiness on her face is unmissable. 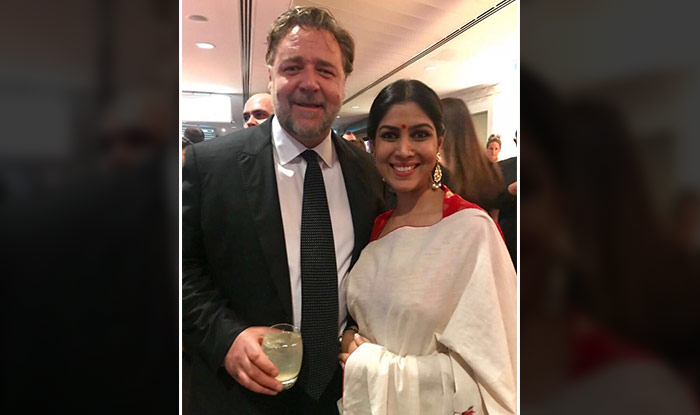 While we are sure that nothing can compare to the joy and pride of getting an award for a film, even a year after it’s release, Sakshi must be in seventh heaven to get appreciated by the Oscar-winning actor. Apart from Dangal, other Indian films nominated in the category were Pink and Marathi film Kasav: Turtle amongst other submissions from Asia. Dangal beat all the eight other nominations to win the inaugural AACTA Best Asian Film award.

The award apart, we just want Hina Khan to see this picture and turn green with jealously. Currently inside the Bigg Boss 11 house, she had called the former TV star cock-eyed, looking down upon a physical aspect that she considers a ‘flaw’. What say?