OMG! Is that Rani Mukerji? See her post pregnancy photos!

Rani Mukerji is back in India from the Paris shoot of Befikre, and looks quite unrecognisable.

Rani Mukerji has been staying away from the limelight ever since she got married to producer Aditya Chopra. Especially after she got pregnant with his child, the Bollywood actress has tried her best to escape the spying eyes of the media and has been successful as well. Rani and Adi’s daughter Adira has been kept out of sight too ever. But recently, the paparazzi managed to get a glimpse of what Rani looks like post childbirth and shared some pictures. (ALSO READ: Befikre: Rani Mukerji and Aditya Chopra pose together with entire unit! Spot them!)

When we looked at Rani’s airport pictures, it took us a while to realise that it’s our very own Mardaani – Rani Mukerji. She looks so unrecognisable! Motherhood has had its effect on the charming Bollywood actress. Rani has returned from Paris where she was with her baby daughter to give company to her hubby dearest. Aditya has been shooting for his new film Befikre in Paris for the last two months. The mother-daughter duo went there to spend some quality time with the filmmaker. Now, Rani is are back in town but her baby was missing in these pictures. We wonder where baby Adira was! Maybe she exited the airport with her nanny. (ALSO READ: Madhuri Dixit-Nene, Rani Mukerji and Parineeti Chopra in Shoojit Sircar’s next?) 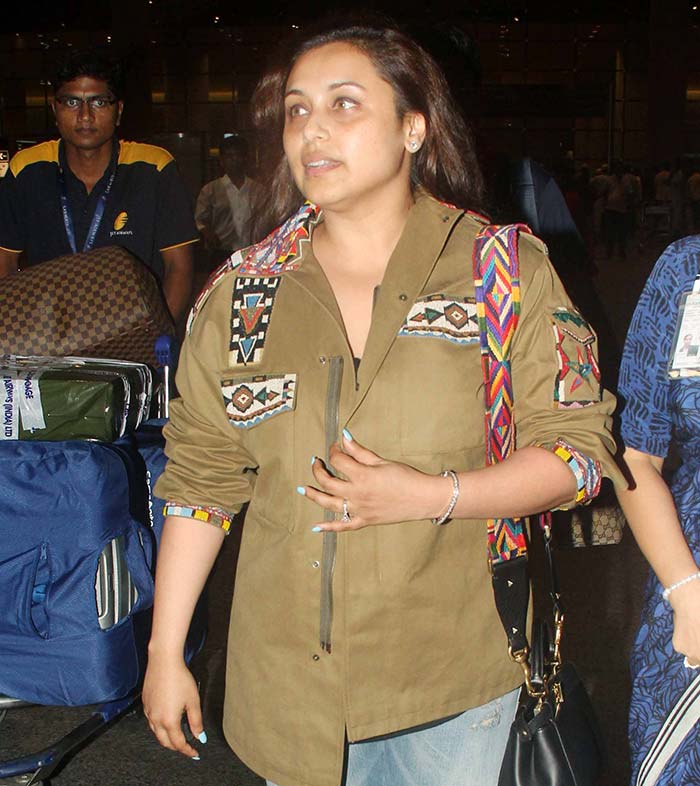 In her airport look, Rani chose to go without makeup, and we think she looks tired from the long flight. She donned a funky jacket over her casual black tee and blue denims and looked quite plump. But the actress didn’t give a damn about the shutterbugs, as she walked towards her car.

We think Rani couldn’t carry off the shirt look well. It’s really surprising that an actress who once gracefully rocked her nine yards at any event now doesn’t care about what she’s wearing. We know she is at the airport and was travelling, but she could’ve been more presentable to her fans. Has she lost all grace after having a baby or say, post marriage?  (ALSO READ: See how Rani Mukerji and Aditya Chopra made baby girl Adira Chopra’s birth announcement!) 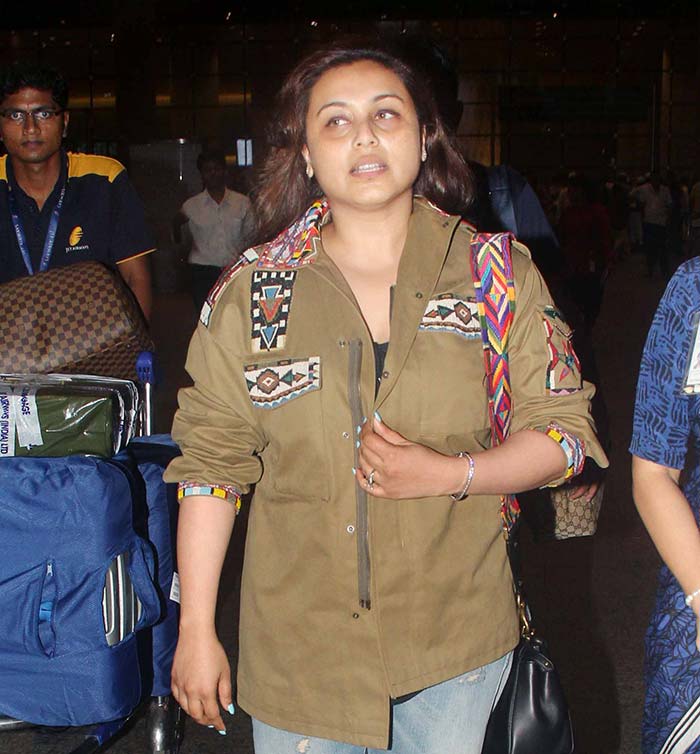 Rani’s contemporary actress Aishwarya Rai Bachchan was highly criticised when she failed to lose her pregnancy weight post childbirth. We wonder what the fashion critics have to say about Mrs Chopra now.