Well, we can only say India is definitely attracting a lot of 'stars' presence!

You will always remember this as the day you almost caught Captain Jack Sparrow. And you found him in India. Do not believe that Johnny Depp aka Captain Jack Sparrow can be on our very own land, and then you have to take a look at the picture going viral on WhatsApp and Facebook. Well, do not turn your hair gray by overthinking as the person from the photograph is a lookalike of the popular Hollywood actor and closely resembles the iconic pirate character. Also Read: Spotted: Batman lives in Pune!

The picture has been making noise on the social media shows a rickshaw-puller who astonishingly shares similarities with the famous Disney character Captain Jack Sparrow played by Johnny Depp. Like the pirate from well known movie series, this man is seen wearing a headband and giving serious look. Also Read: Virat Kohli lookalike found in Pakistan. And he is not Ahmed Shehzad

This is definitely not the first time we have seen the presence of the famous Hollywood superheroes in India. Recently, Bollywood actor Milind Soman won the toughest triathlon in Zurich to earn himself the ‘Ironman’ title and soon the netizens started addressing him as desi Iron Man, a Marvel superhero that has been portrayed over the years by Hollywood superstar Robert Downey Jr. Also Read: Milind Soman – Twitterati hail their Captain Vyom on winning Ironman title in Zurich! 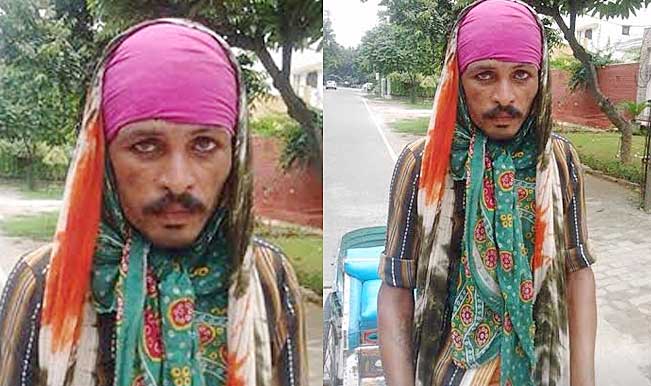 In another incident, the people of Pune noticed the batmobile zooming on the roads of Maharashtra city. There was too much buzz on the social media about Batman shifting from Gotham city to Pune city. The mystery solved when they came to know when Adar Poonawalla, 34-year-old CEO and Executive Director of Serum Institute of India Ltd had built the Batmobile for his five-year-old son Cyrus! Well, we can only say India is definitely attracting a lot of ‘stars’ presence!