Leonardo DiCaprio having finally won an Oscar Award for Best Actor in a Leading Role for The Revenant. But it was his Titanic co-star Kate Winslet who felt the pain more, as she was in tears. 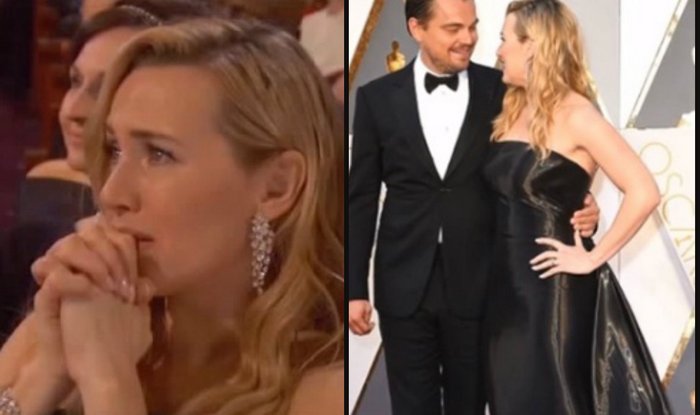 Much has been said about Leonardo DiCaprio having finally won an Oscar Award for Best Actor in a Leading Role at the 88th Academy Awards held in Hollywood on Sunday, February 28, 2016. The fans of the Hollywood star celebrated, as Leo clinched it after six nominations at the Oscars! He got the award for The Revenant. But it was his Titanic co-star Kate Winslet who felt the pain more. She was in tears, as Leo received the coveted Oscar trophy at the Dolby Theater.

Leo himself was very composed and showed no sign of elation on stage, as he delivered his Oscar speech. The actor was keen on talking about climate change in his acceptance speech more than anything else. Even then, he must be jumping for joy inside. Or was he too humbled?

We don’t know. But we too, are glad that the actor finally got what he deserved long ago. He has delivered top performances in film after film and yet been denied the trophy. The Revenant did not win Best Picture – the trophy went to Spotlight – but it got the best director award for Alejandro González Iñárritu, and Leonardo thanked him in his speech. (ALSO READ: Oscar Awards 2016: Alejandro González Iñárritu – Top 6 things to know about Best Director awardee)

The 88th Academy Awards ceremony was hosted by comedian Chris Rock, after a decade of hosting it earlier. But it was moments like Kate Winslet crying for her friend Leonardo, or catching up with him on the red carpet that made it special. Watch these videos to see those moments!

Watch video here to see Kate in tears after Leonardo receives his Oscar Award for The Revenant!

Watch video of Kate Winslet spotting Leonardo DiCaprio on the Oscar Awards 2016 red carpet and posing with him for the photographers.

It seems Leo and Kate are friends for life!