Parineeti Chopra is all praises for Priyanka Chopra's husband Nick Jonas, Says, "Thankyou for being the best host Nickster".

Parineeti Chopra recently flew to the US with Priyanka Chopra‘s mother Madhu Chopra to celebrate PeeCee’s 37th birthday. Despite her hectic schedule, Parineeti took out time for her Mimi didi and traveled all the way to Miami. Parineeti recently praised Priyanka’s husband and called him ‘the best host’.

Parineeti, who has been sharing pictures from Priyanka’s birthday celebration, took to her Instagram story to share more photos where the entire family can be seen enjoying their dinner. Sharing the photo, she captioned it, “Thankyou for being the best host Nickster. And happy bday mimi di! Whatta celebration with the fam.” 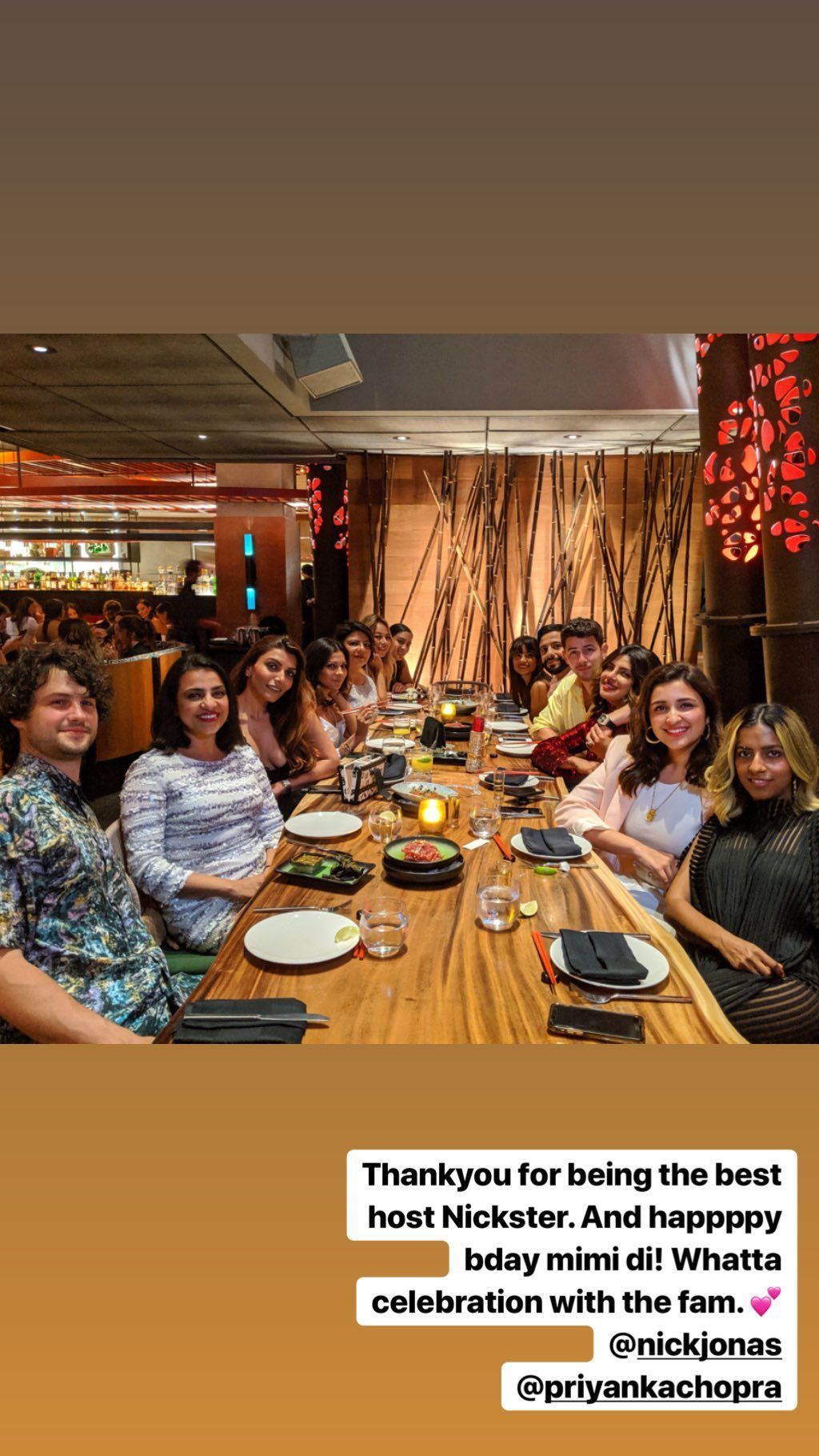 Yesterday, Parineeti shared a photo with her Mimi di wishing her sister a happy birthday. Sharing the photo on Instagram, she captioned it, “In Miami with the birthday gurllll! Happy bday Mimi didi. There’s never gonna be another like you. Actress or sister “.

Parineeti Chopra, who will be seen in the remake of the Hollywood film The Girl on The Train, recently got a makeover for the film. Earlier, she took to her Instagram to share a photo from her salon session and captioned it, “Changing hair colour peeeeeeps!🍫 Time to become the #GirlOnTheTrain ( and Kanta is really hassled about the state of my hair🤣).

Parineeti Chopra is currently gearing up for the release of Jabariya Jodi where she will be seen with actor Sidharth Malhotra. The film is slated to release on August 2. Directed by Prashant Singh, Jabariya Jodi is based on ‘Pakadwa Vivah’ (forced marriage), which was once rampant in Bihar.

Apart from these film, Parineeti also has other movies in the pipeline including Sandeep Aur Pinky Faraar alongside Arjun Kapoor and multi-starrer Bhuj: The Pride Of India.