Prasthanam Trailer: The War For The Legacy Begins With Sanjay Dutt, Jackie Shroff And Chunky Pandey

Prasthnam is a remake of Telugu film of the same name that was directed by Deva Katta, interestingly the Hindi remake of the film is also directed by the same director.

The makers of the highly-anticipated film ‘Prasthanam‘ starring Sanjay Dutt released the trailer of the film on Thursday which is sure to give you goosebumps! The two-minute thirty-four-second video starts with a reference to the ancient epic Ramayana, hinting towards the impending fight. Sanjay, who last seen in ‘Kalank‘ is seen in a menacing, powerful avatar as the ace actor is leading a political party.

The trailer which is a visual treat for fans with some nail-biting action-packed sequences, amazing stunts is loaded with some witty dialogues between actors Jackie Shroff, Chunky Pandey and Ali Fazal. While one part of the video shows bloodshed, the other part features romance and love between actors Ali and Amyra Dastur.

Actors like Manisha Koirala and Satyajeet Dubey will be seen in never-before-seen avatars. ‘Prasthanam’ was a 2010 Telugu political thriller, which starred Sharwanand, Saikumar, Sundeep Kishan and Ruby Parihar. The film produced by Maanayata Dutt has been directed by Deva Kutta, who directed the original one as well.

The film is going to release on September 20, 2019. The trailer of the film is already out that will take you to the real emergence of politics.

The trailer launch was held in Delhi. Before the launch, Prasthanam actors posed for shutterbugs as they rode a vehicle on the city roads. Hundreds of fans were gathered in the area to a get a look of all the actors.

Take a look at the pictures from the trailer launch: 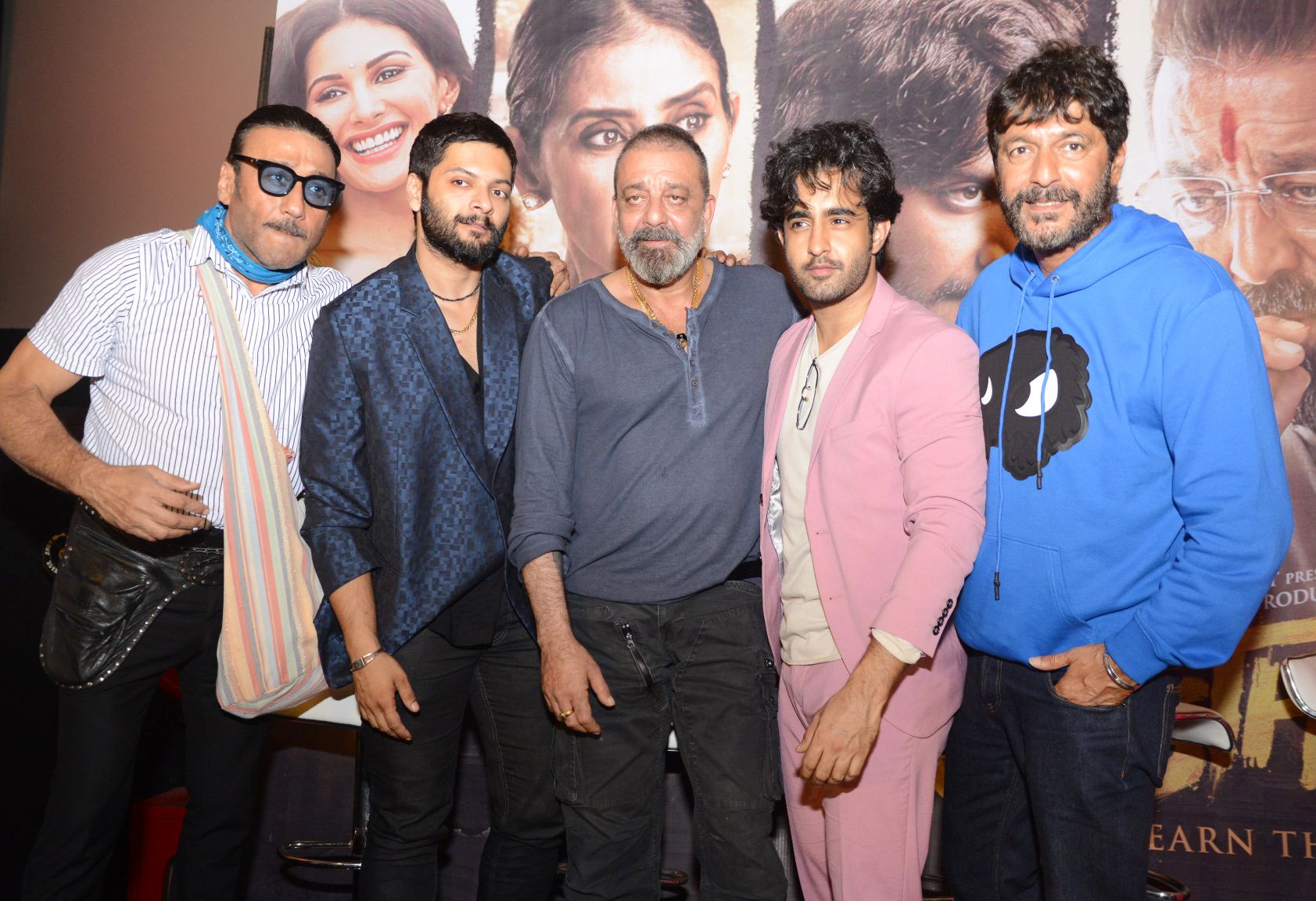 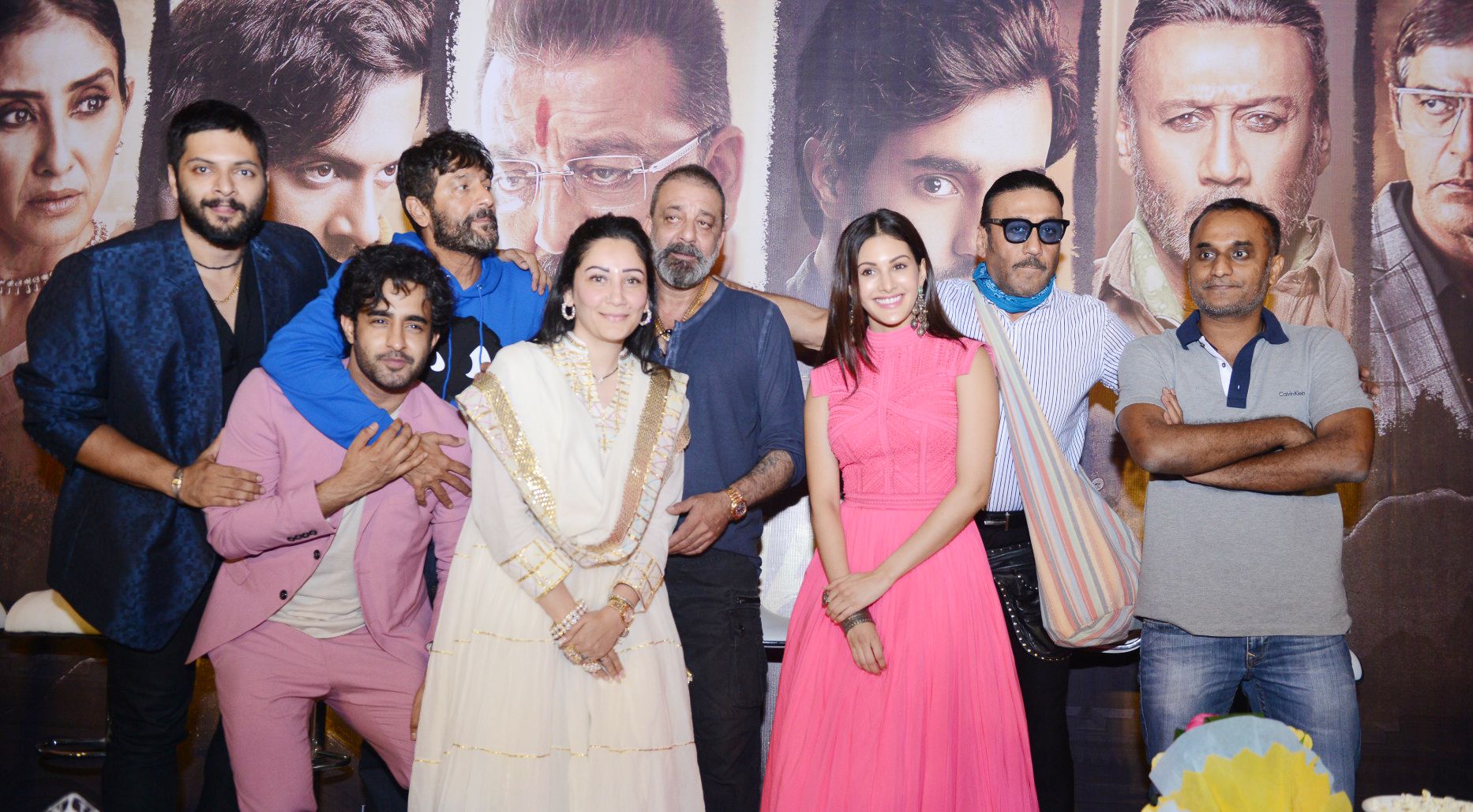 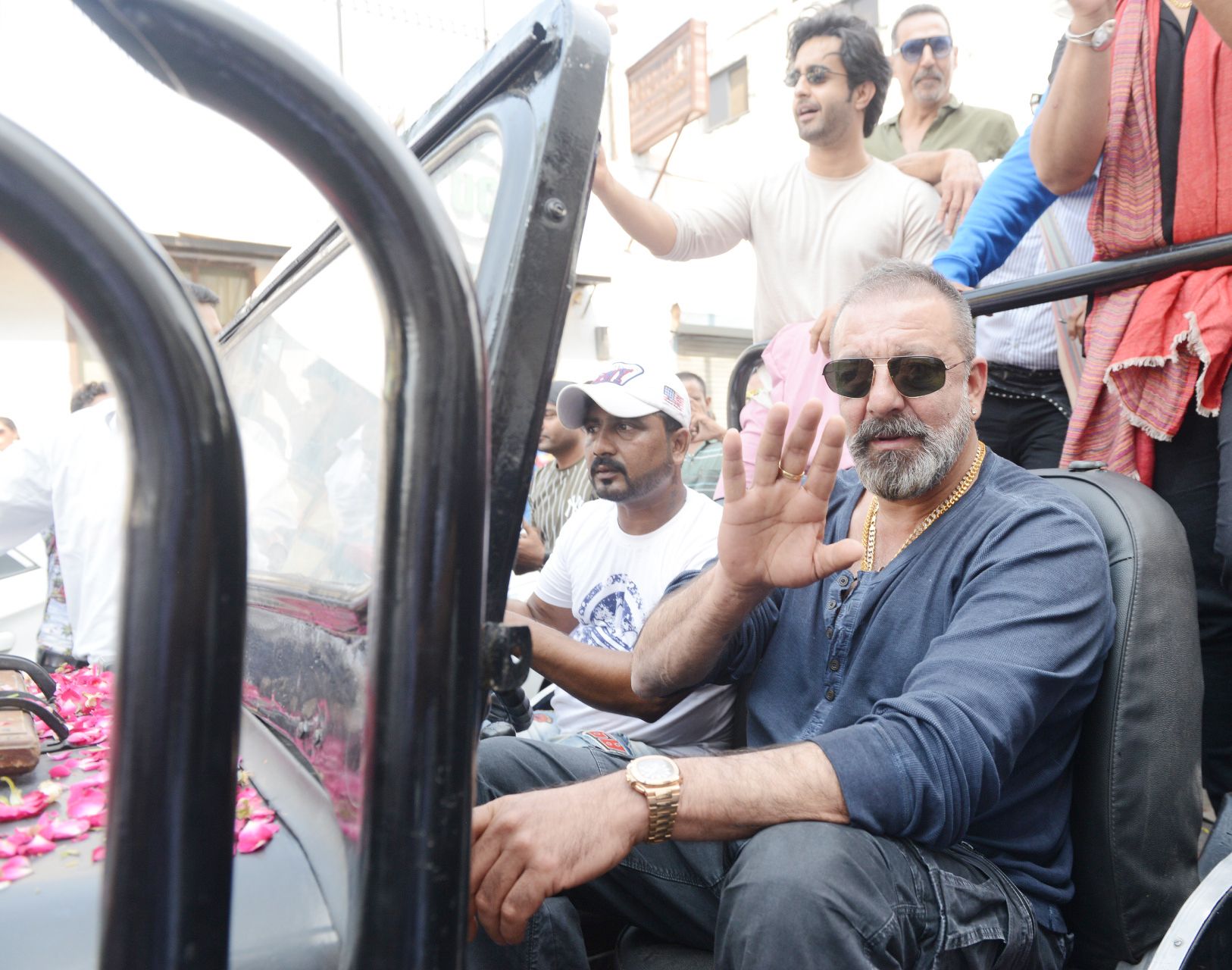 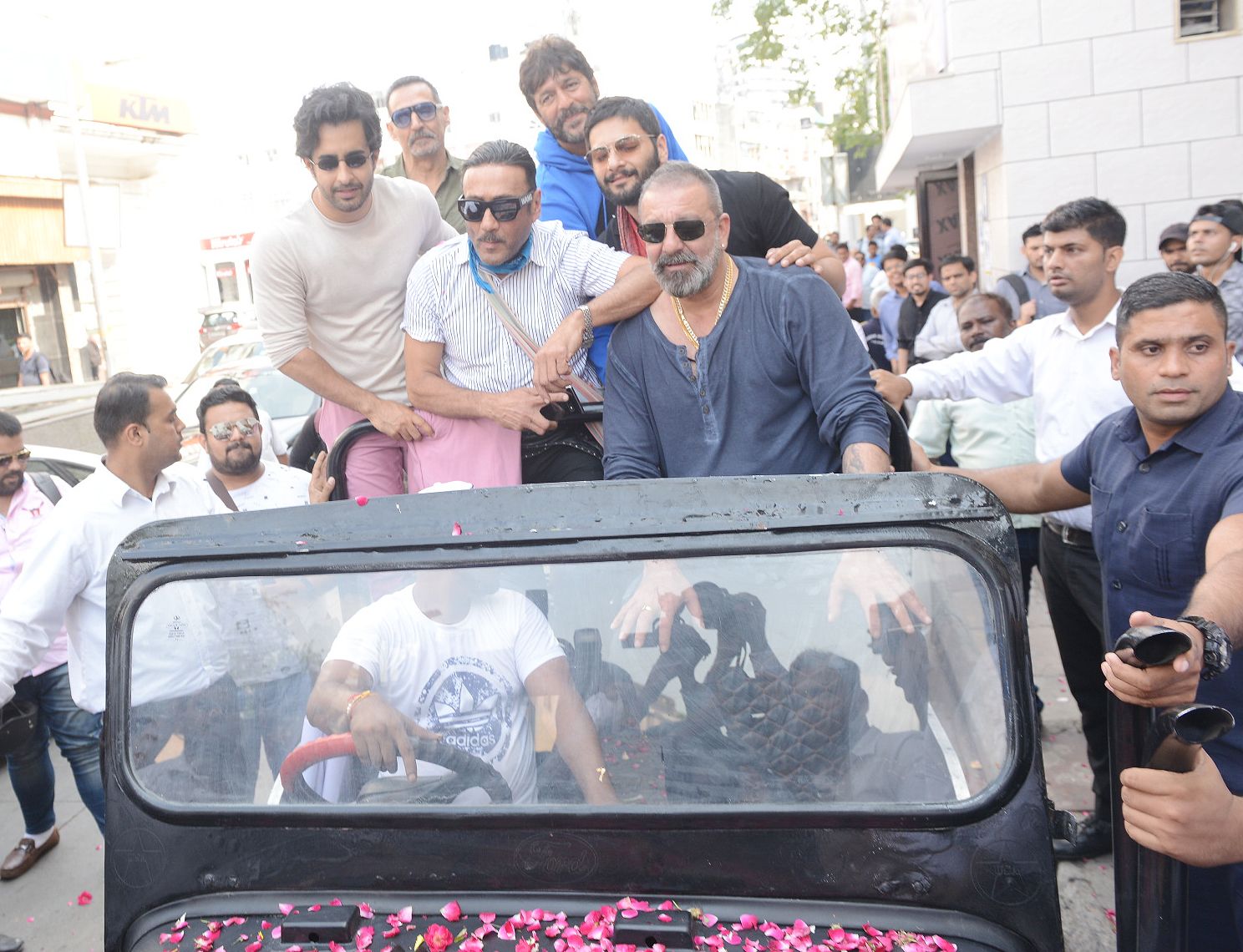 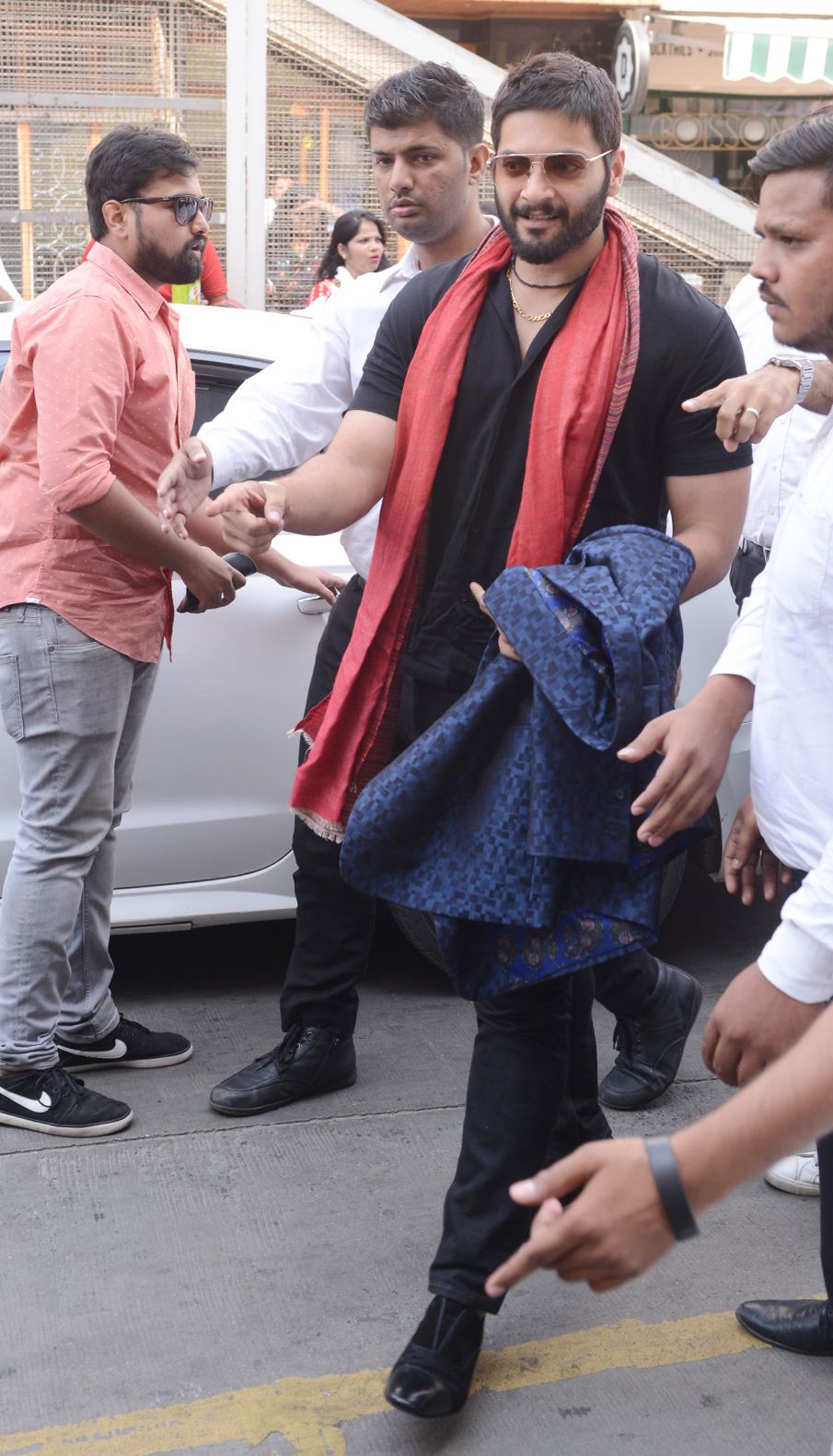 Sanjay will soon be seen in Mahesh Bhatt’s ‘Sadak 2’. The actor was last seen in ‘Kalank,’ a period drama set in pre-independent India.