We hope the stork will visit the B-town power couple soon! Here's wishing Rani and Adi a happy first anniversary. 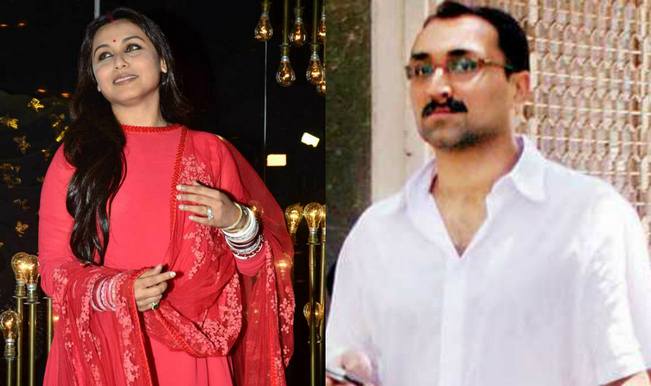 Rani Mukerji and Aditya Chopra got married on April 21, 2014, and celebrate their first wedding anniversary today. The award-winning actress and the renowned filmmaker dated for a few years before finally tying the knot in Italy last year. But speculations of their marriage had always been doing the rounds and actor Shatrughan Sinha had even called the actress ‘Rani Chopra’ at an event much to the amusement of those present. Nothing was official though- maybe because Aditya is a divorcee – until the final wedding happened.

Rani has appeared in quite a few films of Yash Raj Films (YRF), a studio owned by Aditya and which was founded by his father, the late filmmaker Yash Chopra. Rani’s last film with YRF, of which she is now maalkin herself, was Mardaani (2014).

Aditya Chopra has directed one of the most iconic Bollywood films, Dilwale Dulhania Le Jayenge (DDLJ) starring Shah Rukh Khan and Kajol. He literally made superstars out of the two actors with the romantic movie. Aditya later directed Mohabbatein (2000) and Rab Ne Bana Di Jodi (2008).

Last year after her appearance on Jhalak Dikhhla Jaa 7, it was rumoured that Rani Mukerji was pregnant. But the news was neither confirmed nor denied. Soon after, Rani’s movie Mardaani released on August 22 and her pregnancy buzz ended there. Well, we hope the stork will visit the B-town power couple soon! Here’s wishing Rani and Adi a happy first anniversary.

And btw, another much loved B-town couple, Aishwarya Rai Bachchan and Abhisehk Bachchan also celebrated their wedding anniversary on April 20 – their eighth one! Aditya has directed Aishwarya and Rani allegedly dated Abhishek – but let’s not go there right now! Let the happy times be. 🙂 🙂