Rani Mukerji and Aditya Chopra get married secretly in Italy!

Rani Mukerji, YRF’s blue eyed girl and YRF’s scion Aditya Chopra had been together for quite a long period. 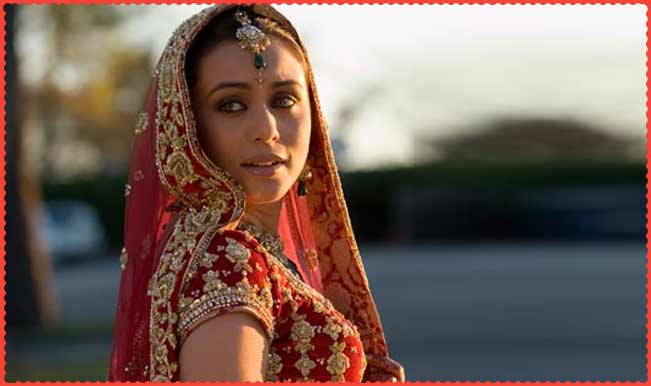 Rani Mukerji and Aditya Chopra are married. All of us knew it for sometime but looks like this time around things are crystal clear with film critic Taran Adarsh breaking the much hyped relationship status of the couple on Twitter. Rani Mukerji, YRF’s blue eyed girl and Yash Raj Film’s scion Aditya Chopra had been together for quite a long period, with the news of their marriage, engagement and honeymoons been erupting every now and then, but looks the rumour mills can stop now with this confirmation.

Rani Mukerji and Aditya Chopra had been together since 2009. Recently there were rumours of the two being married on the Valentine’s Day in a destination wedding in the great palace of Umedh Bahwan in Jodhpur. But all these speculations can now be put to rest.

“We are happy to announce that Aditya Chopra and Rani Mukerji got married last night. The wedding was a very small intimate affair with very close family and friends,” Rafiq Gangjee, vice president (marketing and communications), YRF, said in a statement.

For Aditya, who is the elder son of late filmmaker Yash Chopra, it is his second marriage. He was earlier married to Payal Khanna.