Rani Mukerji turns into ‘Lady Dabangg’ for her next ‘Mardaani’

Mardaani is scheduled to release on July 2014. 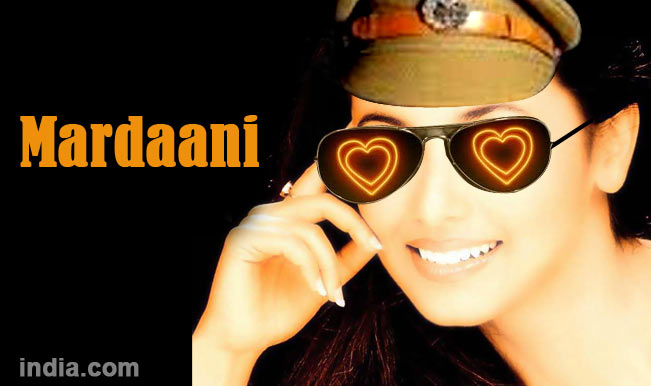 Rani Mukerji’s comeback film this year is under the YRF banner and is titled Mardaani. The movie produced by YRF is directed by Pradeep Sarkar who had earlier done another project Laga Chunri Mein Daag with Rani Mukerji. The movie claims to be one of the boldest and grittiest movies till now.

YRF is always linked with very romantic movies like Dil Toh Pagal Hai , Dilwale Dulhania Le Jayenge  and Hum Tum. But this time it is setting an example across to the audience by coming up with something different. With Rani Mukerji in the lead portraying a role of a cop for the first time, this movie is supposedly the most raw and bold subjected movie under the directorial expertise of Pradeep Sarkar.

The film-maker had earlier directed Laga Chunari Mein Daag and Lafangey Parindey for YRF. Rani’s last movie with the Yash Raj camp was Dil Bole Hadippa! which tanked at the Box Office.

The movie claims to be promising but is lagging in many scenarios. The shoot is being stalled. Rani and her co-star Jisshu Sengupta were to be shot for a scene on the Juhu beach early morning, and in the evening at the airport. However, the airport sequence had to be cancelled since the authorities could not be approached for allowing permission for shooting.

So a much longer duration of schedule was fixed for South Delhi neighbourhood to shoot. The older residents were seen upset at this hullabaloo in the neighbourhood but the younger lot seemed enjoy it. But it was very intruding situation for the neighbouring residents because of the Herculean security guards, wearing black safari suits, covering the entire area around a park in the area and refusing to allow anyone to cross the road leading to the house.

The onlookers enjoyed her first glimpse in the role; they said she was dressed in jeans-jacket and that she looked different off the screen.

Mardaani is scheduled to release on July 2014.