Amul has released the video clip of the ad that featured Neerja Bhanot. This is Amul's tribute to Neerja the braveheart. 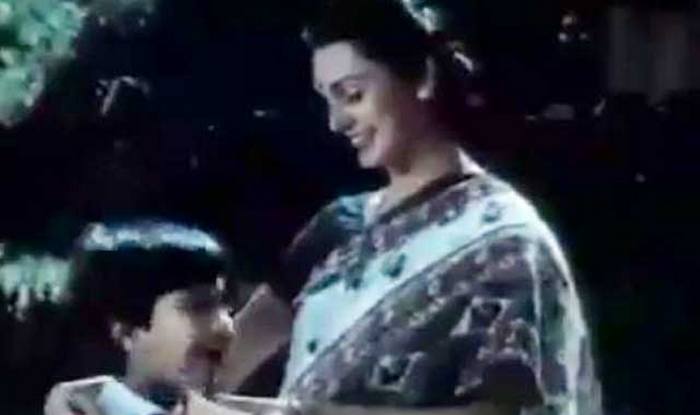 Even as Bollywood actress Sonam Kapoor is receiving accolades for her performance in last week’s release Neerja, in which she plays Ashok Chakra award-winner Neerja Bhanot, we now have a chance to see the real life Neerja Bhanot! The Pan Am flight purser who saved 359 passengers aboard the hijacked flight and sacrificed her life in the process was also a model. In fact, the day she left on the fateful airplane, Neerja had shot for an advertisement. But what you shall be surprised by is that the Amul television commercial that you and me have seen countless times as children starred Neerja Bhanot in it! (MUST READ: Neerja Bhanot: 5 things to know about the braveheart who died saving Pan Am passengers from terrorists!)

Amul has released the video clip of the ad that featured Neerja Bhanot, on its Twitter page, saying, “Neerja Bhanot in #Amul #Chocolate Ad in the 80’s. #Neerja #NeerjaBhanot”. This is Amul’s tribute to Neerja the braveheart when the movie based on her life and her bravery has released. She was just 23 when she displayed so much courage, dying two days before her birthday in September 1986.

We all remember the tagline of Amul ads in those days, ‘But I think you are just right for Amul chocolate’. That has been used by Neerja in this Amul ad, and as soon as you see the clip, you shall remember the ad! Catch it here for sure!

The same video by Amul was tweeted by Twitter India from its official handle, too.

The makers of Neerja had also released an audio clip of Neerja Bhanot’s real voice, her last announcement on the Pan Am flight that was hijacked by Abu Nidal terrorists. Listen to it here: Neerja – The Voice of Neerja Bhanot, as heard for the last time on Pan Am Flight 73!

Meanwhile, Sonam Kapoor’s Neerja is being appreciated, getting four-star movie ratings all around and also seeing rising box office collections. We know director Ram Madhvani and Neerja’s family, as well as the cast and crew of the movie must be feeling contented. Have you seen Neerja yet?