It is not everyday that you spot Bollywood stars on the streets of Mumbai, shooting amid a crowd. But when that happens, one thing is guaranteed – Chaos. Saif Ali Khan and Chitrangada Singh found themselves in a similar situation when they were shooting for their upcoming film Baazaar around Gateway Of India, Mumbai. As soon as word spread, media shutterbugs landed at the spot, to get pictures of these two stars. As soon as the crowd realised that a shooting is happening, they thronged the venue, to get a glimpse of the stars. Some even tried to get too close to them in order to get a picture or an autograph.

India.com learnt from a source present in the midst of this about what actually happened. We hear that the crew had as few people as possible around the shooting spot since they wanted to capture the real essence of the city. Fewer security personnel and just a handful of discreet camera set-ups were part of the plan so as to not attract any attention. However, going discreet did not really helped as media guys crowded the place, followed by the aam junta.

The situation was almost about to become unruly when Saif Ali Khan stepped in and asked shutterbugs to refrain from clicking pictures or coming too close to the set-up. He also made sure that Chitrangada, who had fans chanting her name, is taken to a place where no one is able to come close to her or bother her. Once the situation was under control, the two posed for a few pictures for the media photogs. Check out the pictures from the sets of Bazaar below: ALSO READ: Not Saif Ali Khan, But Fawad Khan The First Choice For Kaalakaandi? 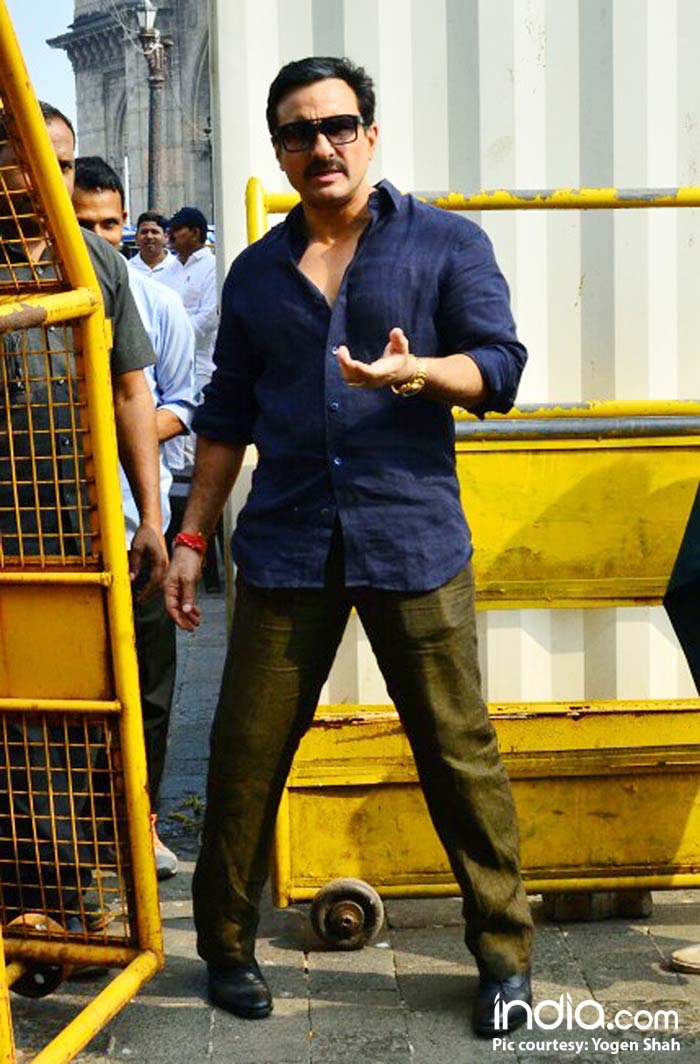 Saif Ali Khan on the sets of Baazaar in Mumbai today 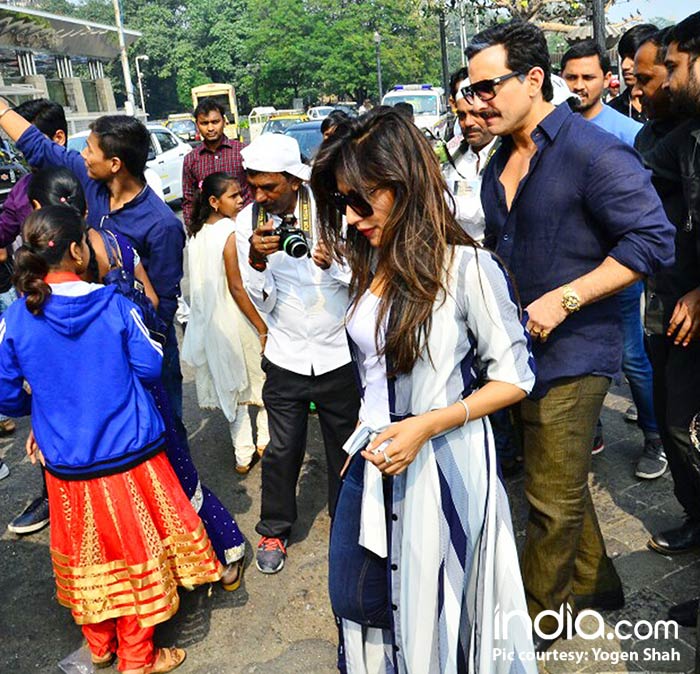 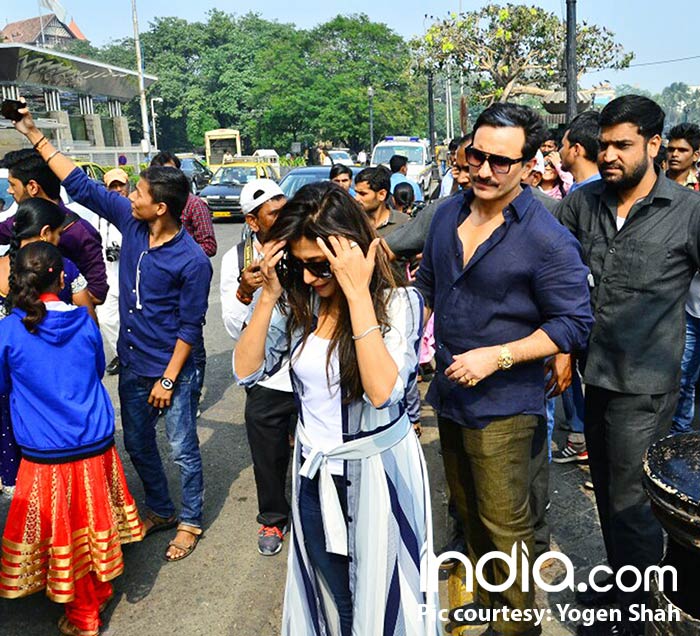 On the sets of Baazaar in Mumbai today 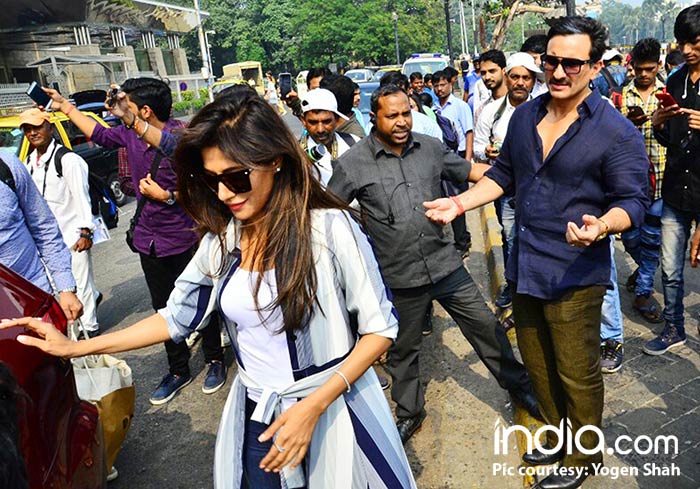 Saif and Chitrangada on the sets of Baazaar 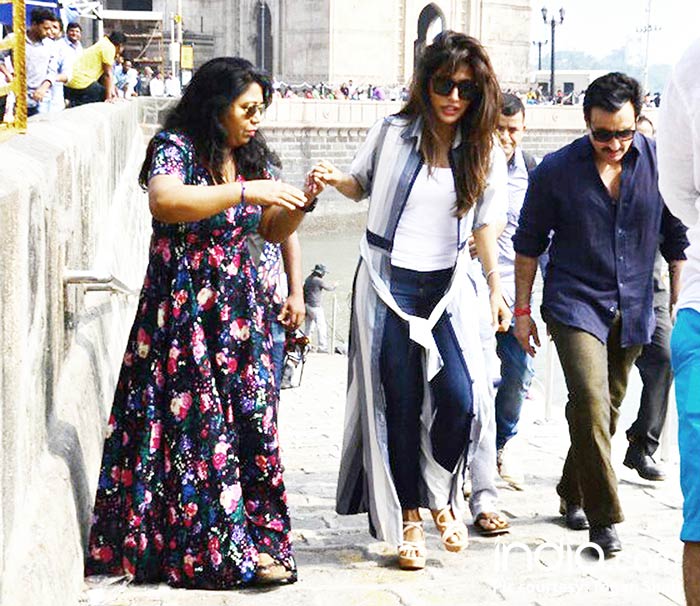 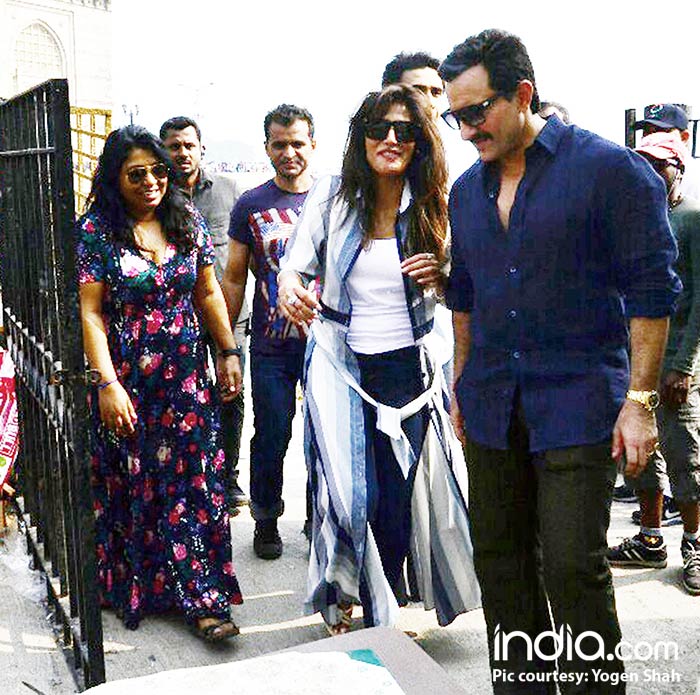 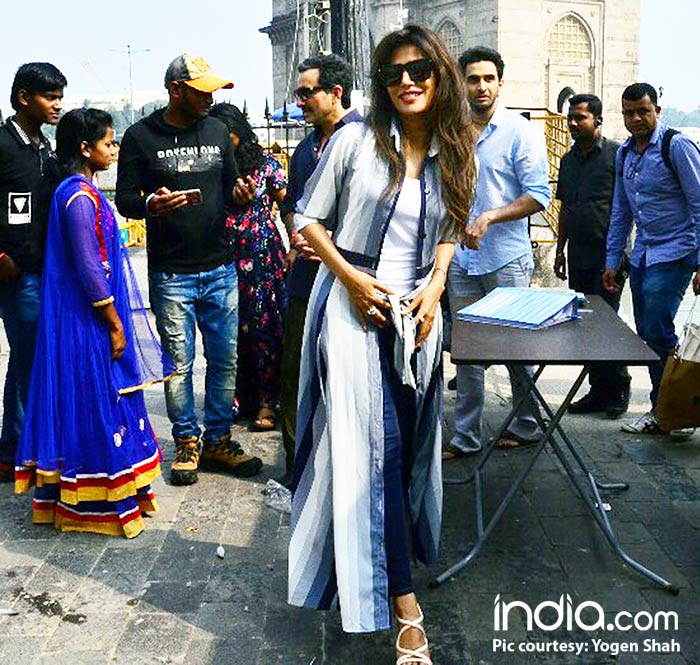 Chitrangada poses for the cameras 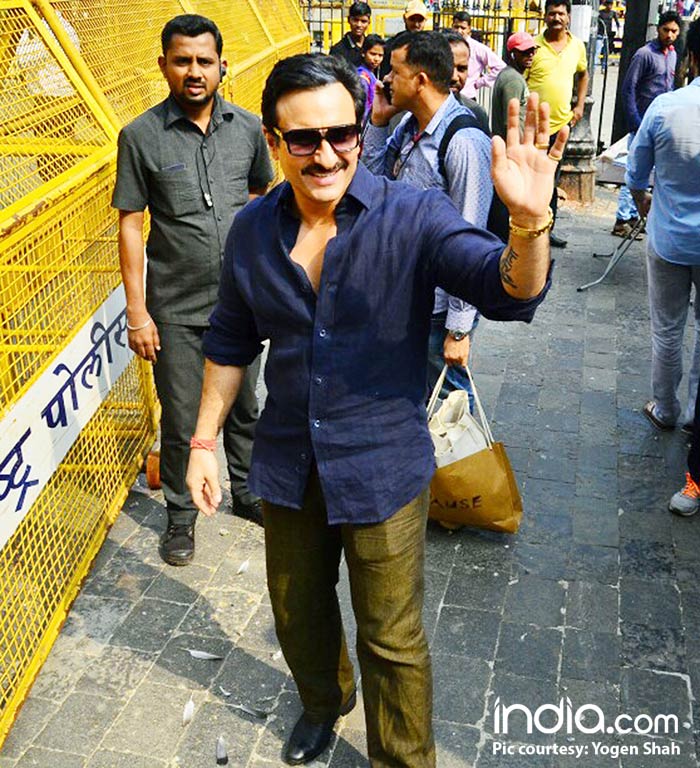 Saif Ali Khan poses for the media shutterbugs and fans