Shahid Kapoor - Mira Rajput are in a V-day mood already!

Shahid Kapoor and Mira Rajput are in the Valentine’s Day mood and their picture will get you ready for the day of love as well. Now, those closely following Shahid on social media would know that the actor has already started shooting for his next film Batti Gul Meter Chalu. He is away from the city, shooting in Uttarakhand, and on the V-Day eve when love is in the air, Mira is missing her mister. She posted a throwback picture of the two of them together with a caption ‘Major Missing’.

The picture has Shahid planting a passionate kiss on Mira’s cheeks while she looks ecstatic. What is interesting is that the pic is clicked while at the gym. This is some new couple goals right here. And now we know what this real life couple does other than just working out in the gym. After all, you don’t need to care about a time, a place or occasion to express love to your partner. Check out the picture below and get inspired to indulge in some PDA unabashedly this Valentine’s Day. ALSO READ: Aishwarya Rai Bachchan’s Look From Fanne Khan Proves She Is The Only True, Real Diva We Have (VIEW PIC) 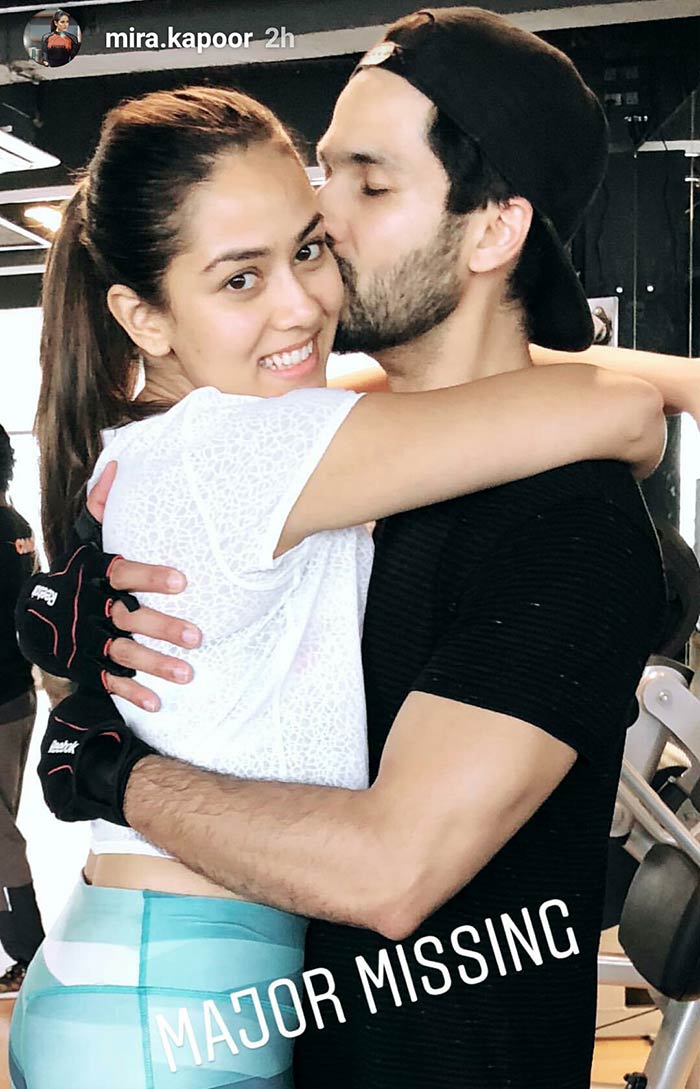 On the work front, apart from Shree Narayan Singh’s Batti Gul Meter Chalu, Shahid will also be reuniting with his Jab We Met director Imtiaz Ali. There have been rumours that the film will be a sequel to the 2007 romantic comedy but Shahid cleared the air recently during a media interaction. He said that JWM has been done in the past and it was amazing. But they are not making a sequel but an altogether different film which will be equally amazing. We are sure fans cannot wait for this ace director-actor jodi to come out with their next project.