Sonam Kapoor Ahuja Is Freaking Out While Janhvi Kapoor is on the Verge of Tears, Here’s Why

The Kapoor sisters are having a blast in London

Talk about having fun and the Kapoor sisters just know how to do that. Well, we all know that Sonam Kapoor Ahuja and Rhea Kapoor have been holidaying in London. However, what we didn’t know was that Anshula Kapoor, Janhvi Kapoor and Khushi Kapoor joined them there. And we know what they have been upto. Well the Kapoor gilds had a blast at Jay Z and Beyonce’s recent concert in London. The sisters have been sharing several pics and videos on their social media accounts in which they can be seen grooving to a couple of tunes.

In one of the videos that’s doing the rounds on social media, which was originally posted as an Instagram story by Sonam, we hear her yell that she’s freaking out just before the concert is about to start. We can also see Janhvi say that “I’m about to cry now.” The concert was apparently a birthday present to Sonam from her businessman husband, Anand Ahuja. Now, how cute is that!

Take a look at the pics and videos below : 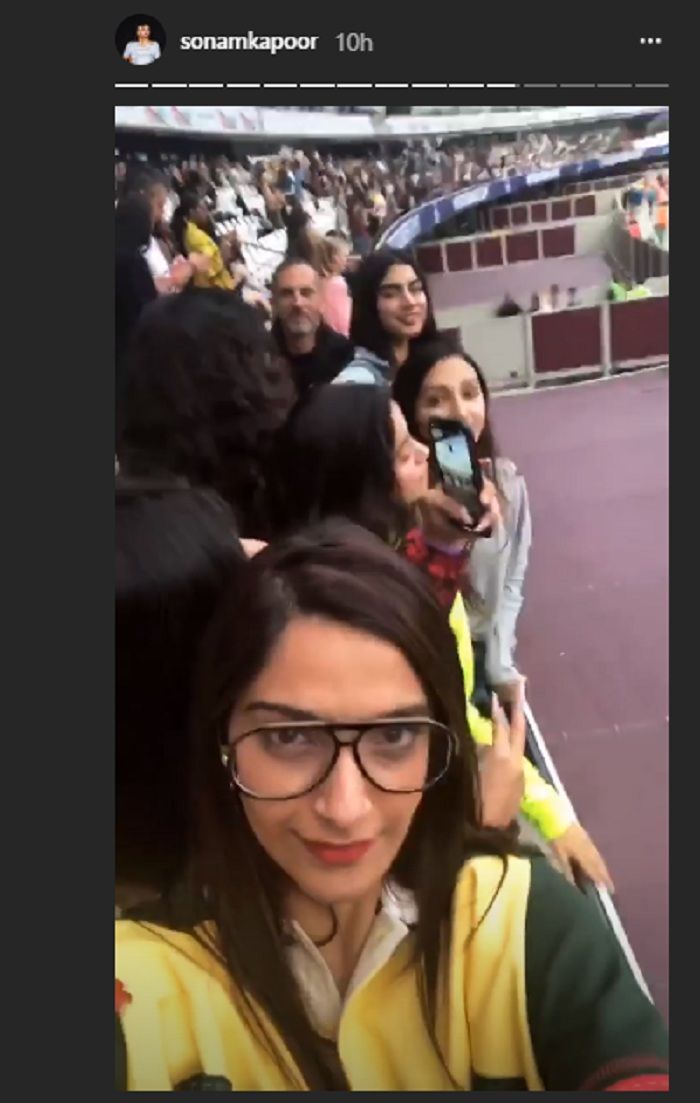 Sonam and Rhea have been in London for a while. On June 9, she celebrated her birthday with husband Anand and sister Rhea in the city. Arjun Kapoor was also in London, shooting for Namastey England around that time. Moreover, Kareena Kapoor Khan, Saif Ali Khan and Karisma Kapoor have also been holidaying in London since a little over a week. The entire gang was seen hanging with one another. After the Dhadak trailer launch, Janhvi and Khushi flew out to London to spend some time with their cousins. The entire Kapoor Khandan was present at the trailer launch to support Janhvi as she took the first step towards her Bollywood debut. The film is slated to release on 20 July 2018.Meanwhile, Sonam and Rhea are still basking in the glory of their last film, Veere Di Wedding, which is a huge box office success. It has earned over Rs 100 crore worldwide so far.