Sonam Kapoor and Anand Ahuja are all set to get married on May 8 and there will be a mehendi and sangeet function held on May 7. But the celebrations have begin at the bride’s home in Juhu. We just got the pictured from daddy Anil Kapoor’s residence and it is all decked up like a true blue shaadi ka ghar. We also saw a few Bollywood celebrities coming in in the evening. But their casual dressing told us that there was no party happening tonight but perhaps a little get together.

Amongst the celebs who we spotted were Varun Dhawan, Arjun Kapoor and sister Anshula, Karan Johar, Jacqueline Fernandez, Sanjay and Maheep Kapoor and daughter Shanaya, Satish Kaushik, Anupam Kher, Mohit Marwah, Masaba Gupta and husband Madhu Mantena, Kunal Rawal, Aarti Shetty and more. Earlier today, groom Anand Ahuja was spotted at the airport and then while stepping out a clinic in Bandra with his bride-to-be Sonam. The two looked happy as they got clicked by the shutterbugs.

We didn’t see Janhvi and Khushi Kapoor at tonight’s do, but we hear that the sisters are putting up a show at the sangeet. In fact, there are reports suggesting that the Dhadak girl will be dancing on her late mother Sridevi’s songs. The sangeet night is being choreographed by none other than Farah Khan Kunder. 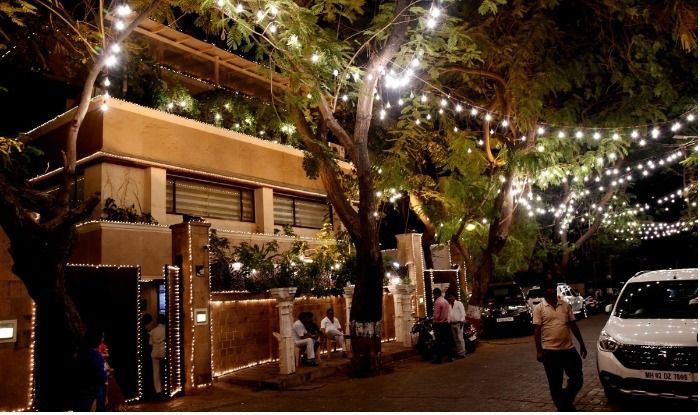 Anil Kapoor’s house decked up for the wedding 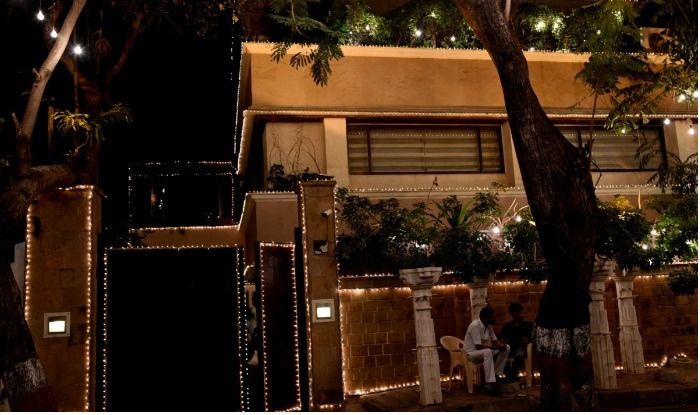 All set for the big fat Indian wedding 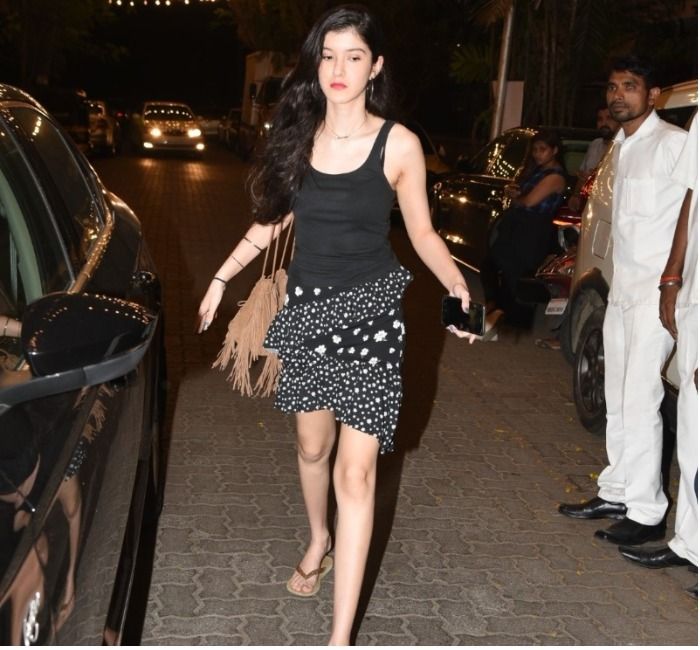 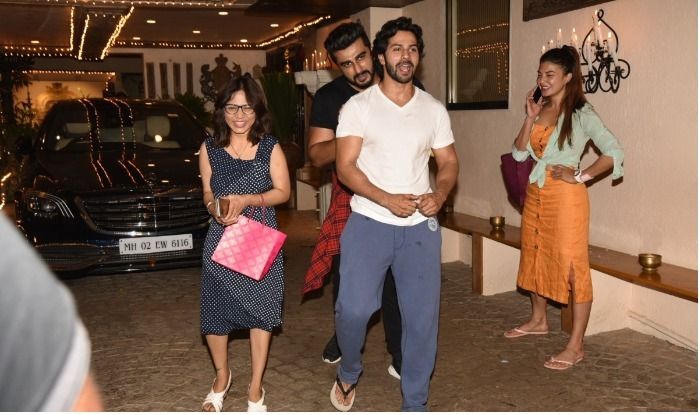 Varun, Arjun and Jacqueline goofing around 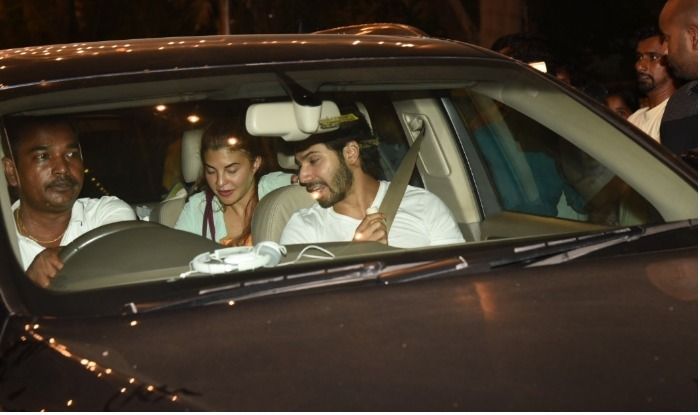 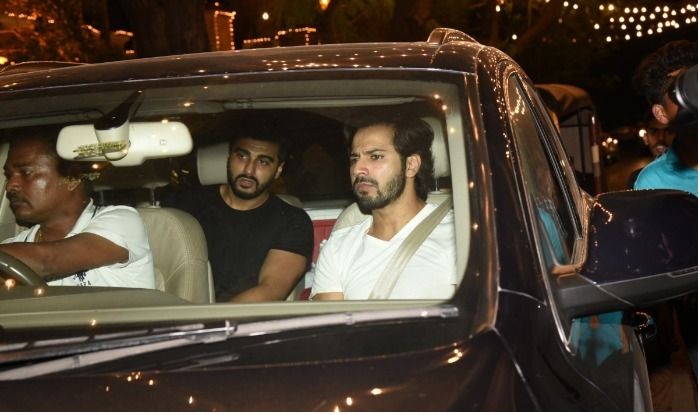 We hear that while Sonam and Anand’s families are following all the rituals of an Indian traditional wedding, they have invited only close friends and family members to the wedding ceremonies. However, we are sure it will be a grand affair none the less. There are also reports that Sonam will be wearing designer Anamika Khanna and Anand will be donning Raghavendra Rathore on their big day and we cannot wait to see the couple in their bride and groom avatars.