After courting controversy post the producer KriArj Productions and director Abhishek Kapoor fell out, stalling the shoot Kedarnath and putting its fate in quandary, the film is back on track. The warring parties have reconciled and we recently heard that Kapoor has kickstarted a fresh new schedule of the film. However, we spotted the film’s male lead star Sushant Singh Rajput at the director’s office this evening which left us with a few questions.

For one, Sushant is seen sporting a crepe bandage on his left hand and we wonder if its an injury he is nursing post the schedule of Son Chiriya in Chambal. While there was uncertainty around Kedarnath, the actor had invested himself in completing an important schedule of Son Chiriya, where he pairs up opposite Bhumi Pednekar.

He just recently got back from Dholpur. Another thing that we noticed about Sushant is that he still has the fuzz on his face on. Now, the beard is supposed to be his look for Son Chiriya and not for Kedarnath and so we wonder if the actor plans to entirely get the film out of his way or perhaps get done with a major portion of it, before getting back on the sets of Kedarnath, where he will be seen opposite debutant Sara Ali Khan. Check out the pictures below to get a better idea of what we are saying here: ALSO READ: Salman Khan Drops A Hint About When Ayush Sharma, Warina Hussain’s Loveratri Is Releasing 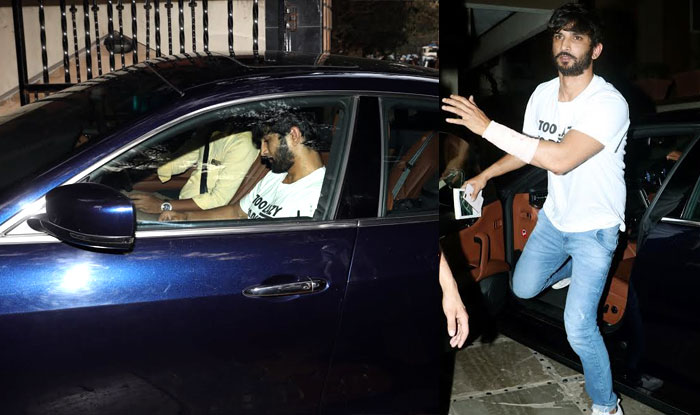 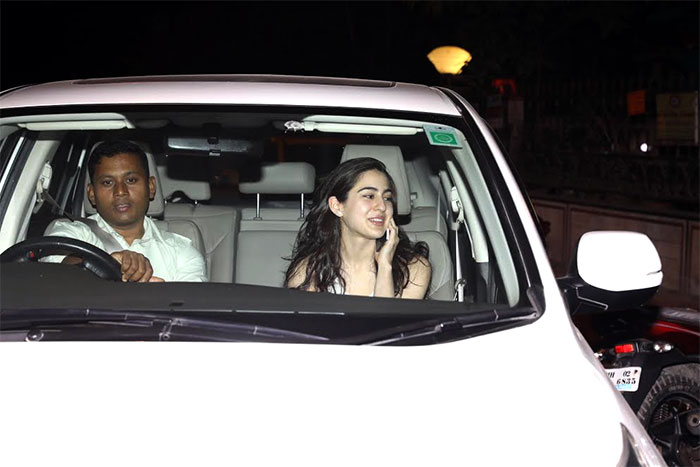 Apart from Son Chiriya and Kedarnath, Sushant is also slated to star in Chanda Mama Door Ke. While there are rumours that the film might get shelved, till there is no confirmation fans are hoping that the do get to see their favourite star in this one of a kind film.