Taimur Ali Khan Birthday: The apple of Kareena Kapoor Khan and Saif Ali Khan’s eye Taimur Ali Khan turns 3 today. The little munchkin who is paparazzi and social media’s all-time favourite kid is celebrating his third birthday with his parents and family at grandfather Randhir Kapoor’s residence with a Christmas themed bash. We recently came across a few pictures of baby Taimur and his pre-birthday celebrations.

In the pictures shared by one of the shutterbugs, it shows Kareena was an excited mother as she was seen with sister Karisma Kapoor, checking out the decor at the venue before the bash. For the evening party, Bebo changed into a polka-dotted sheer black dress. On the other hand, daddy Saif kept things casual with simple jeans and a T-shirt. The birthday boy looked cute in tiny cowboy boots and white pants.

Haseena Maan Jayegi actor Karisma Kapoor, who is also Taimur’s maasi has taken to Instagram to share a sneak-peek into Tim Tim’s birthday. The celebrations had Taimur’s Christmas – themed birthday cake which is definitely a treat to see! Also, don’t miss to watch the little Santa on top of the cake is the main centre of attraction.

Take a look at the pictures from Taimur’s birthday celebration:

Happy Birthday to this Cutie Pie! 💕 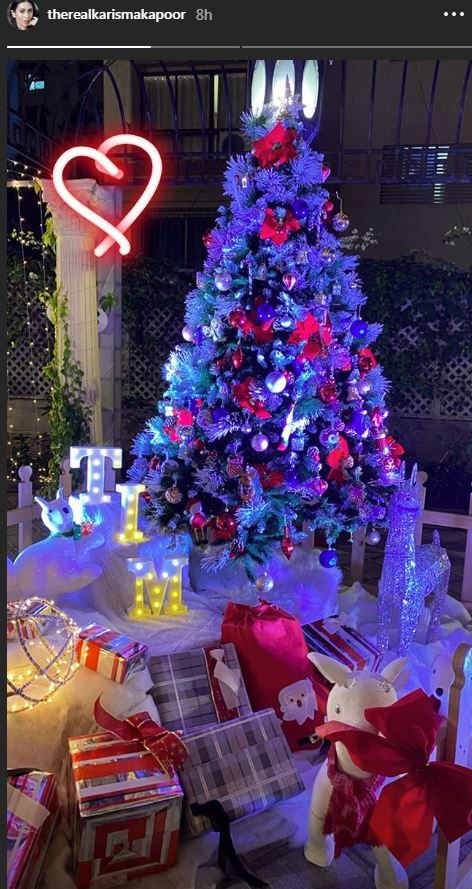 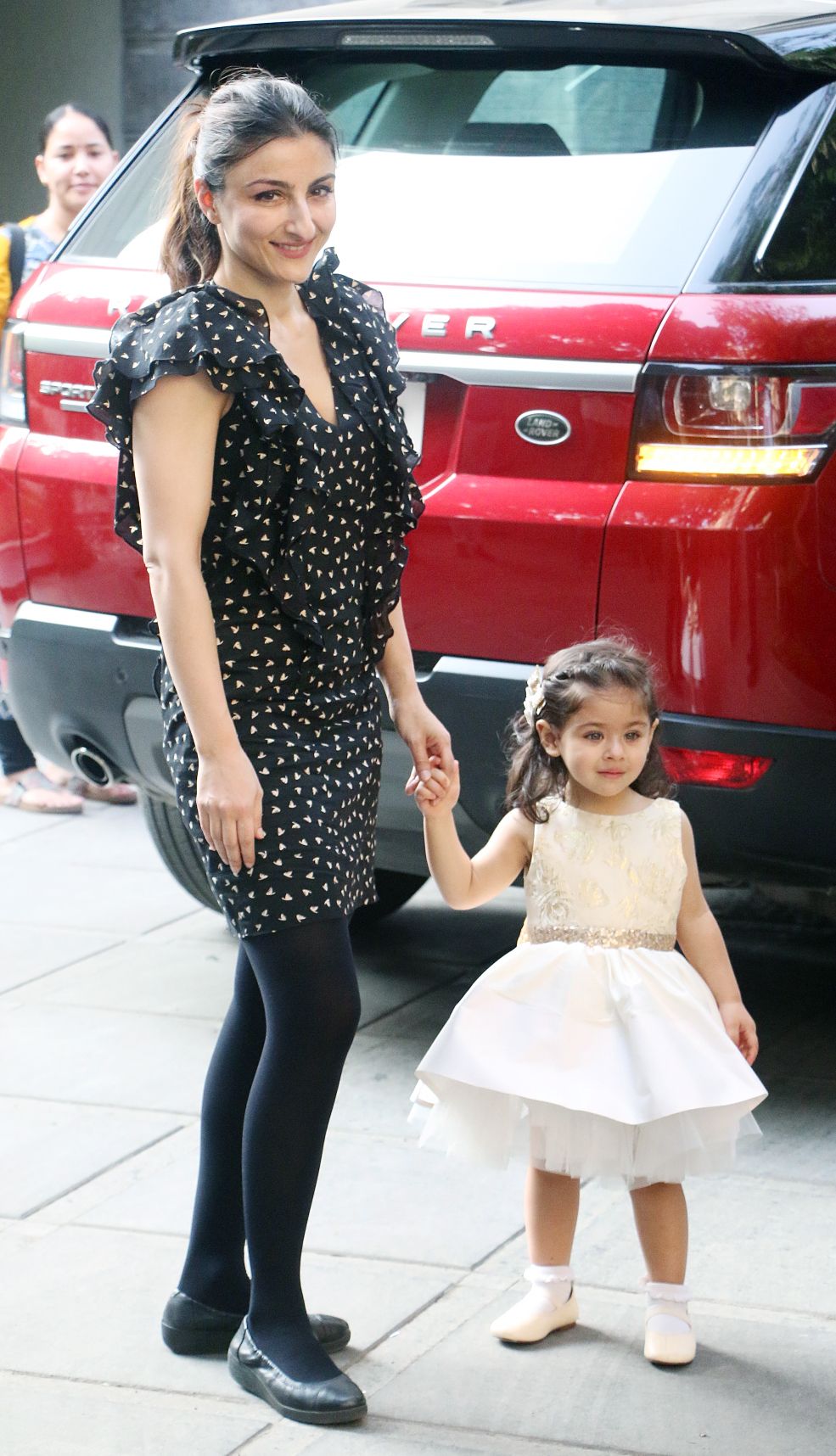 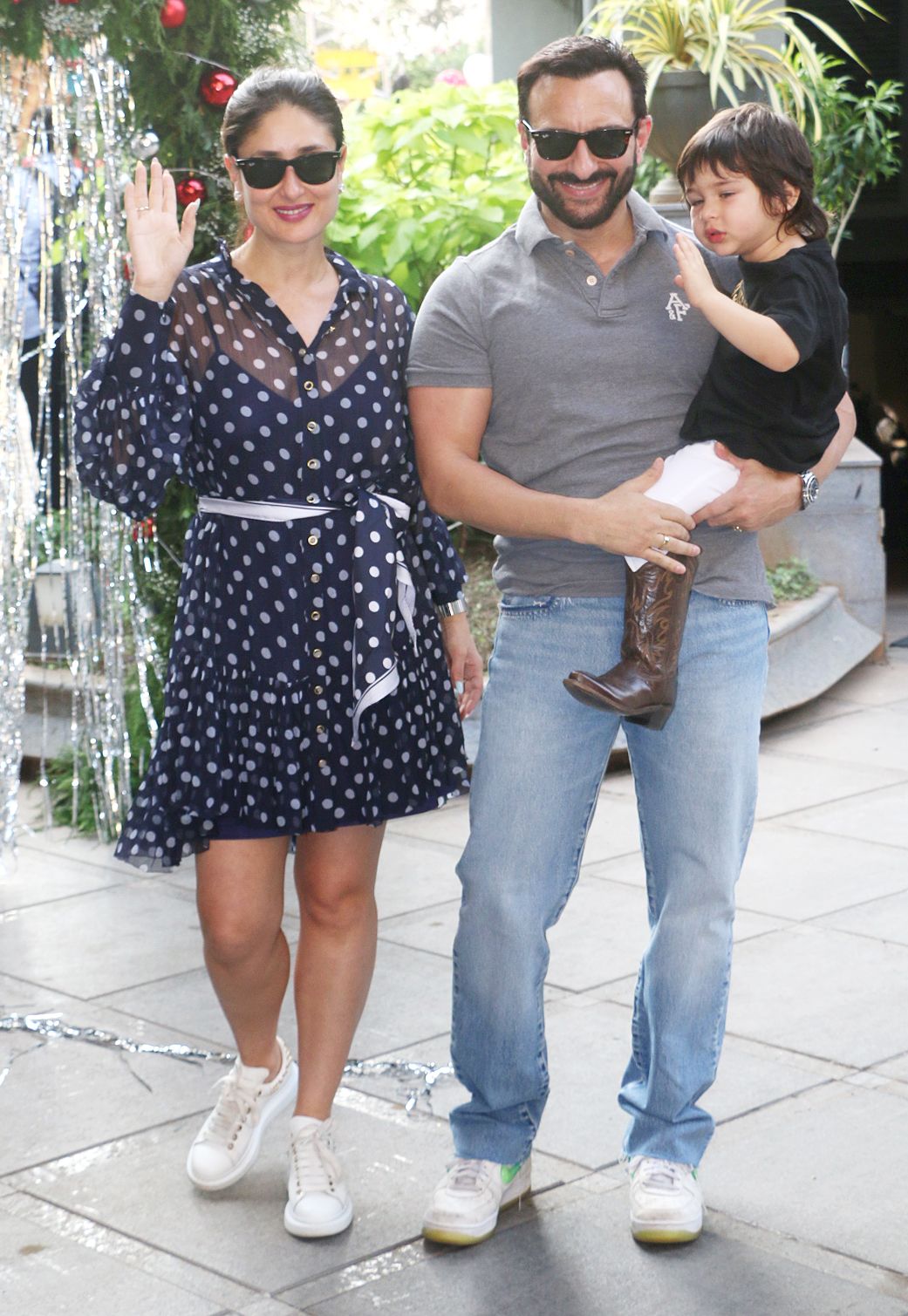 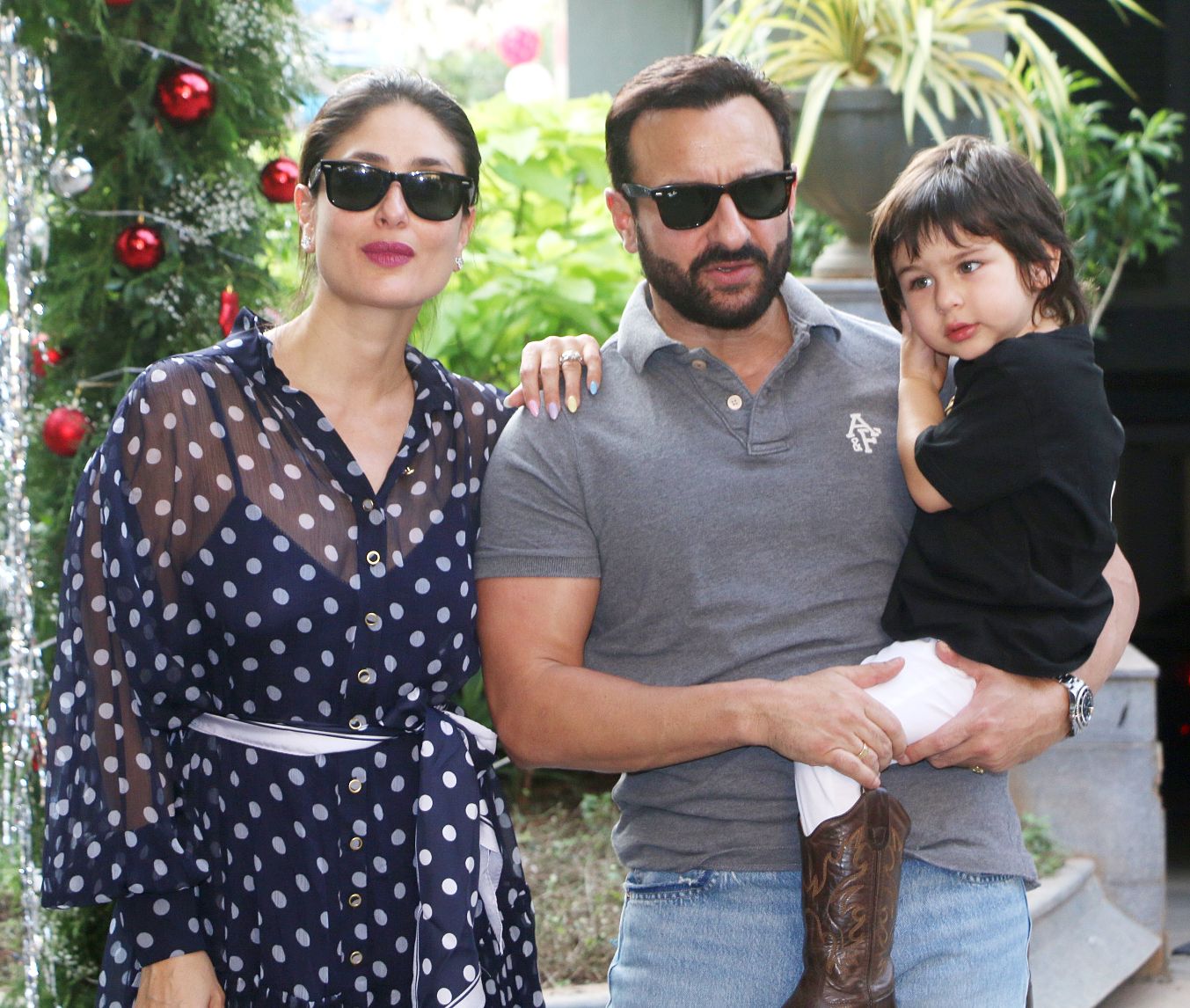 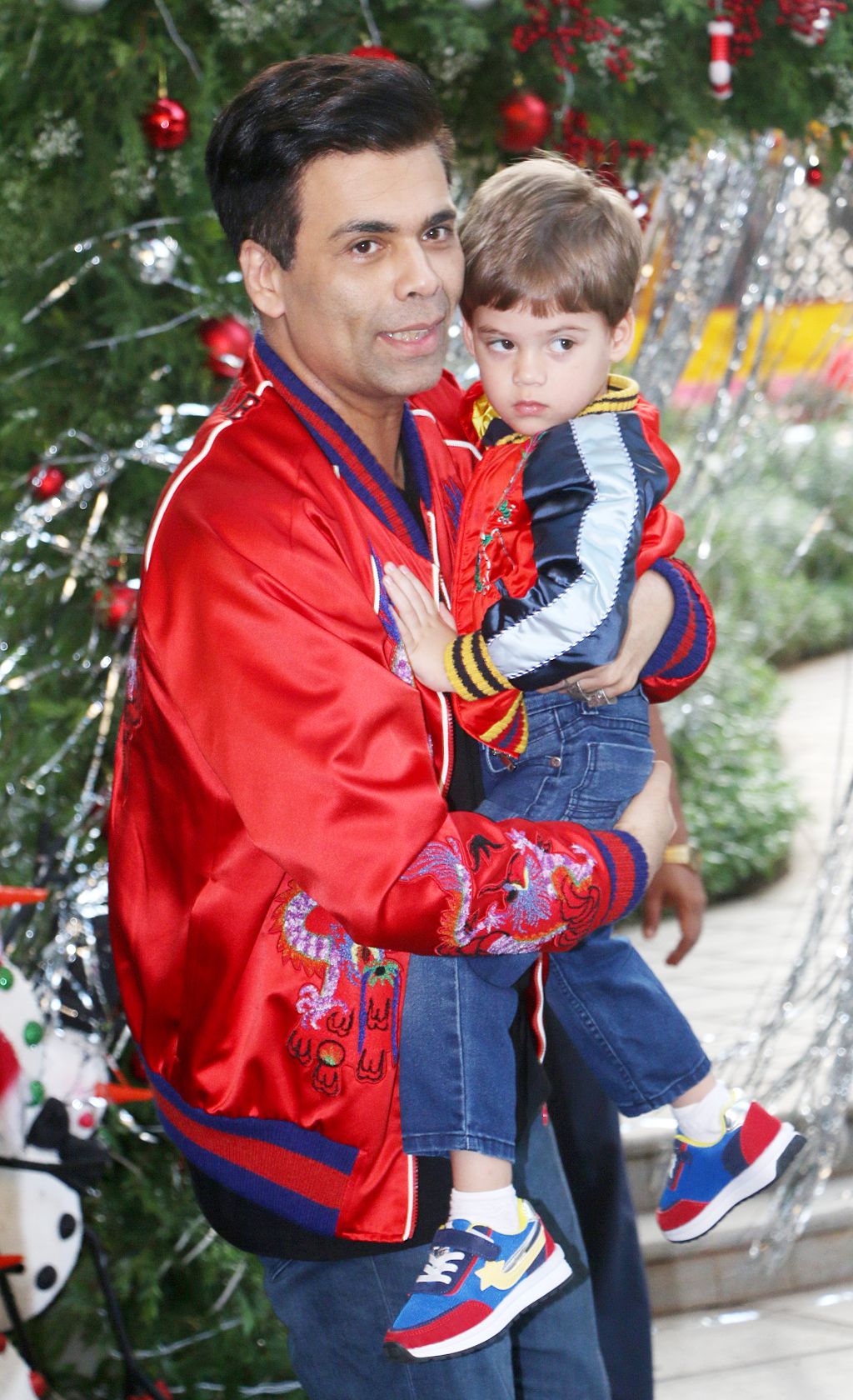 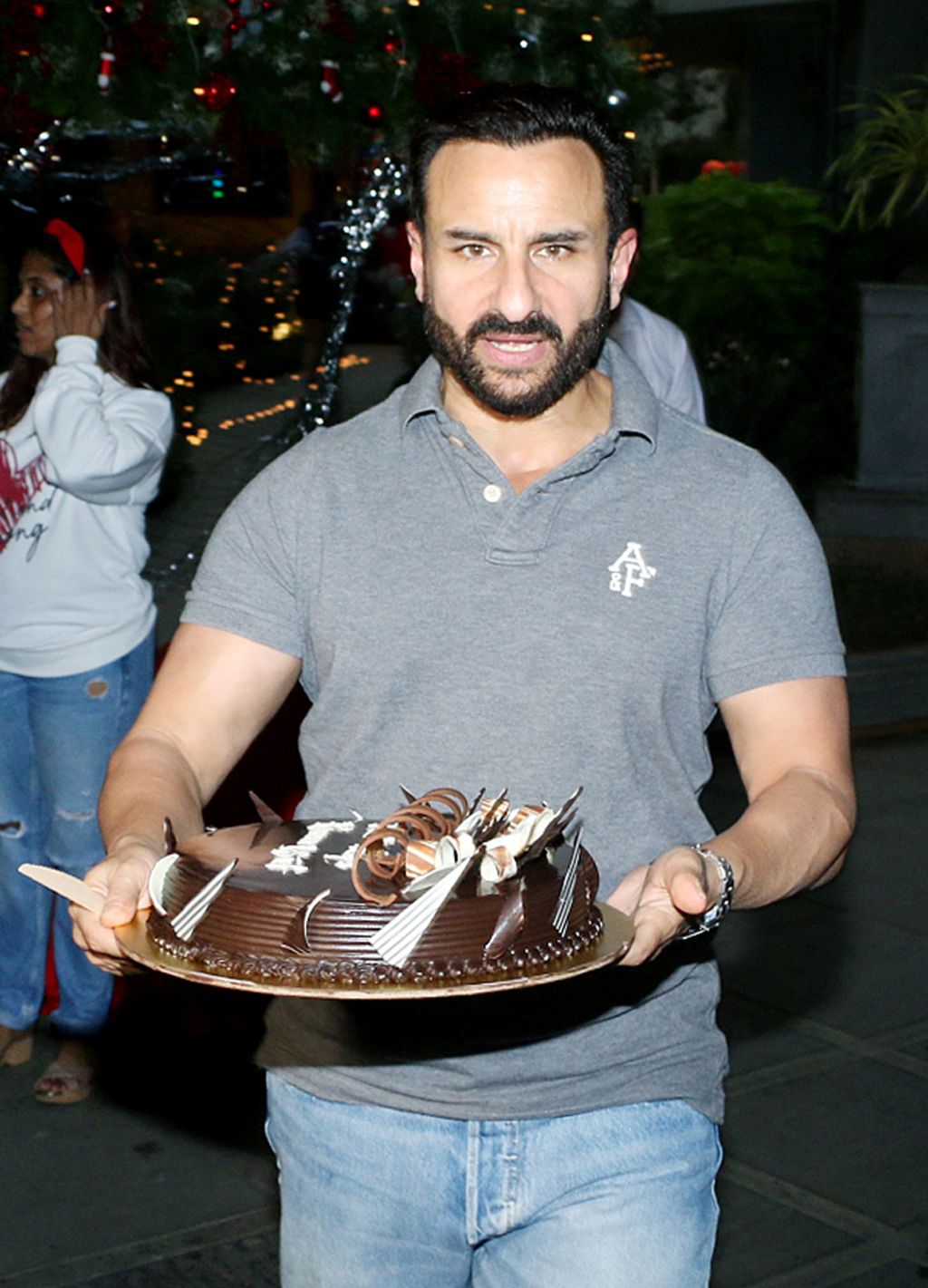 Kareena had earlier mentioned that Taimur wants two cakes, of which one includes a Santa. She said, “Taimur’s birthday plans…. we are going to be here (in Mumbai). I’ll be promoting the film and Saif is here. We will be spending time with the family. He will have a small little get together with 8-10 of his friends. He definitely has demanded two cakes and not one. He is a Kapoor (laughs). He is like, ‘I want two cakes. One Santa and one hulk’. I said, ‘Why two?’, he is like ‘Two!”.