The Sky is Pink: Priyanka Chopra to Sport Four Different Looks in The Film; Read Details

The Sky is Pink is a biographical drama based on motivational speaker Aisha Chaudhary.

Actor Priyanka Chopra is all set to make an appearance in yet another Hindi movie. The actress will next be seen in The Sky is Pink alongside Farhan Akhtar and Zaira Wasim. For her role in the movie, Priyanka will be sporting four different looks in accordance with the age of the character she is playing. The film is based on motivational speaker Aisha Chaudhary who was diagnosed with pulmonary fibrosis at the age of 13.

Aisha, who was born in 1996 and passed away in 2015, was well known and appreciated for her positive attitude towards life and learning. She is also the author of My Little Epiphanies. Actor Zaira Wasim will be playing the role of Aisha in the movie.

Priyanka, on the other hand, will be playing the role of Aisha’s mother Aditi Chaudhary, who has been spreading her daughter’s legacy and story after her demise. For her role in the movie, the Quantico star will be seen sporting four different looks as it will cover around 30 years of her life. 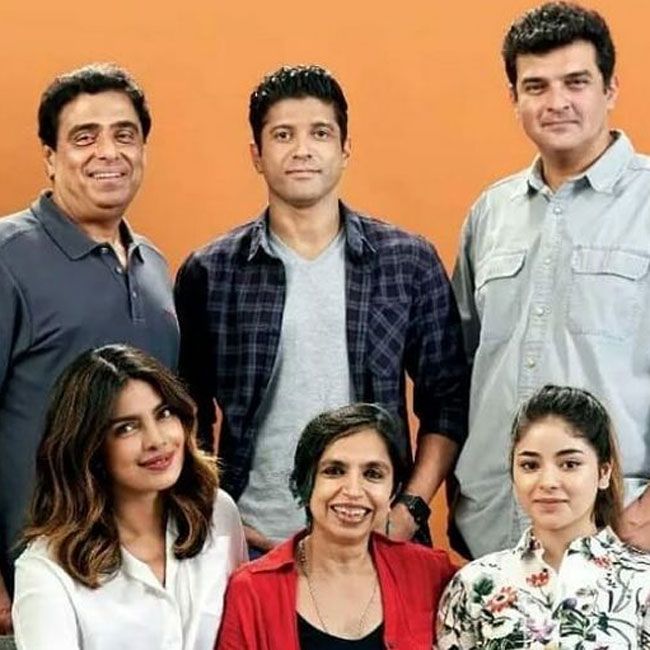 According to DNA, a source on the sets of The Sky is Pink revealed that a lot of attention is being given to the various appearances, and though not much detail was revealed about the roles, another source did reveal that Priyanka has been going all out and shooting round the clock for the film in Mumbai.