Thugs Of Hindostan: Not my Age to do Action Scenes, Says Amitabh Bachchan After Breaking Bones

Megastar Amitabh Bachchan has spoken out about having to do his own stunts in movie Thugs of Hindostan, saying that it no longer is his age to do action scenes. In March, his co-star Aamir Khan had revealed that Amitabh had suffered a shoulder and back injury while filming, and the latter admitted that it has not been easy shooting for the action sequences, especially in the rain.

Amitabh, who will turn 76 in October this year, was speaking at the trailer launch of Thugs of Hindostan. He revealed that he has broken some bones, but he did his own stunts to honour director Vijay Krishna Acharya’s wishes.

“It is not my age to do all this but our director asked us to do so I did it. There is no part of the body that has not been broken and there is no doctor that I haven’t met. There is not much improvement,” Amitabh said. 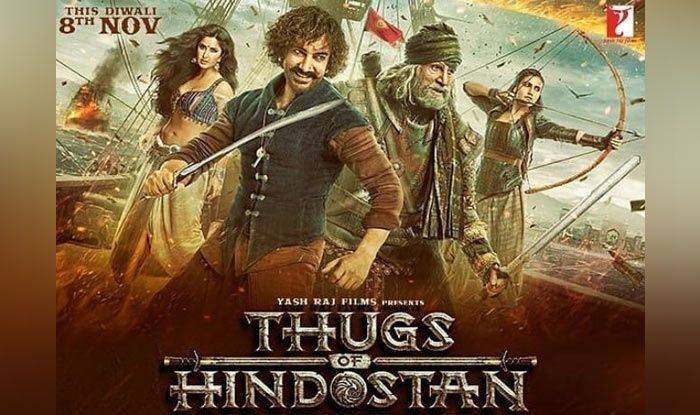 The actor also spoke about the attire he had to wear during the movie, saying it would have been easier if he had worn normal clothes.

“Had they made me wear normal clothes, it would have been easier but I was made to wear armour. They made me wear leather clothes and it was so heavy, it was about 30-40 kg, then they gave me a sword, turban and long hair. It took three hours for me to get ready. The most dangerous part was all the action sequences were shot in rains due to which the clothes got all the more heavy,” he added.

Thugs of Hindostan is an epic action-adventure movie, and there were reports that it is based on Philip Meadows Taylor’s 1839 novel Confessions of a Thug, however the reports were put down by Acharya, who said there is no connection to any book.

The movie, which has reportedly been made at a budget of Rs 250 crore, is set for release on November 8 this year.