Sri Reddy is Back With Her Controversial Posts, Calls Director Koratala Siva ‘Boss of Kamasutra’

Sri made headlines when she stripped in public alleging sexual exploitation in Tollywood.

Telegu actress Sri Reddy Mallidi, better known as Sri Reddy, is no stranger to controversies having started some that have landed her in the spotlight. This time she has made headlines once again following the controversial statements she made against renowned Telugu director Koratala Siva. In a post she shared on her Facebook page she wrote how the latter is the boss of Kamasutra. 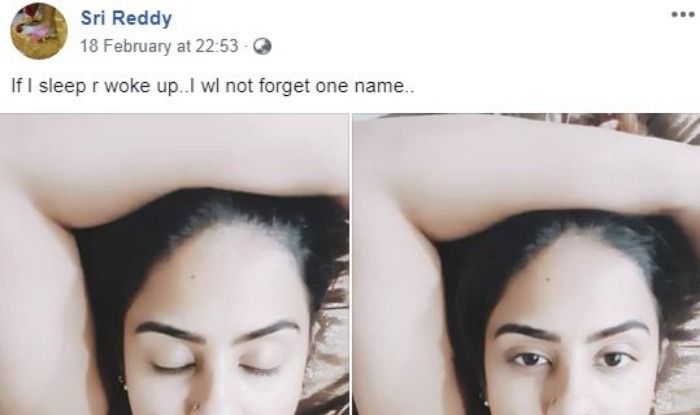 In another post she had written, “Koratala siva no1 worst character in this world..if I allow a bio pic of mine, he wl hv a major part in that film..”

This is not the first time that Sri has targetted Koratala, as earlier she had released a number of screenshots that apparently showed intimate WhatsApp messages between her and the director. Koratala rubbished the claims in a video, saying that it was all just mere gossip.

She also seems to be miffed about something as in another post she wrote, “How many of you wants to see me as a phoolan devi??” She also posted a picture about the same, extolling Phoolan Devi. 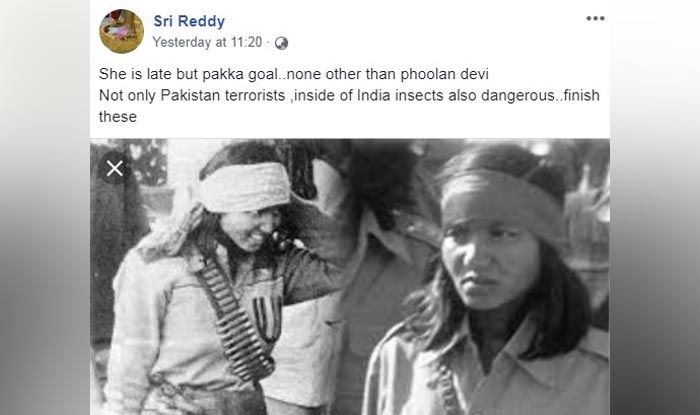 The actress, who first shot to fame when she stripped in public alleging sexual exploitation, began her acting career in 2011 with Neenu Nanna Abaddam, which was directed by Govind Varha.