Bigg Boss 12 Weekend Ka Vaar Written Update: Salman Khan tells the contestants that their ranking isn’t correct and they have no idea about how the audience is looking at them. The host also tells them that not one contestant has stood out in the game so far. He then asks the contestants to stand in the witness box one by one.

It is Anup Jalota‘s turn first to face the blames. Salman tells him that he is the senior most contestant in the house and also quite a respected one. Salman tells Anup and Jasleen Matharu that they don’t take stand in the game. Anup says that he doesn’t agree with the allegation. He asks Karanvir Bohra why he doesn’t seem to agree with Anup’s defense. He says he was disappointed with how Anup said ‘I haven’t seen it I won’t comment on it’ over Somi tearing off the cushion in the game. 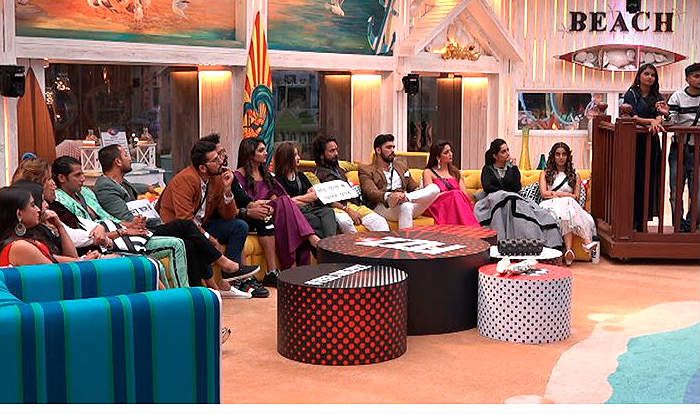 Salman asks Somi whether she really tore the cushion. Somi dodges the question. Deepak interrupts and Salman tells him to only speak when asked.

Salman calls Deepak-Urvashi in the witness box. Blame no. 1 on Deepak is that he doesn’t participate in housework and Urvashi doesn’t mention her point-of-view in the game and bursts out later. Salman asks Karanvir why he blamed Deepak for the same. He tells him he should not mince his words while talking about Deepak and only talk about what he feels about him not participating in the household chores. 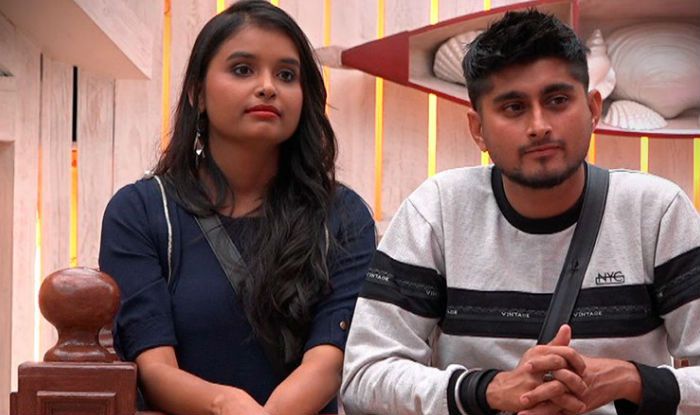 Blame no. 2 is that Deepak does a lot of ‘buttering’ with the contestants and only speak against them behind their back. Salman asks Saba to elaborate on the blame. She says Deepak looks for a new target everyday and focuses on impressing people, only to criticise them in front of other people. Deepak denies the allegations.

Blam no. 3 on Deepak is that he plays from both the sides. Salman announces he will come back after a break. Deepak goes to the washroom and cries hard while Nehha and others try to console him.

Salman reminds the contestants about who all are nominated for eviction this week: Karanvir Bohra, Dipika Kakar, Roshmi-Kriti, and Romil-Nirmal. He next calls KV into the witness box. He makes fun of his bare chest. The entire house cracks up. Blame no. 1 on KV is that he tries to play balanced in the game due to which the strategies of others get disturbed. Saba and Kriti say that Karanvir told both of them that ‘I see myself in you…’ 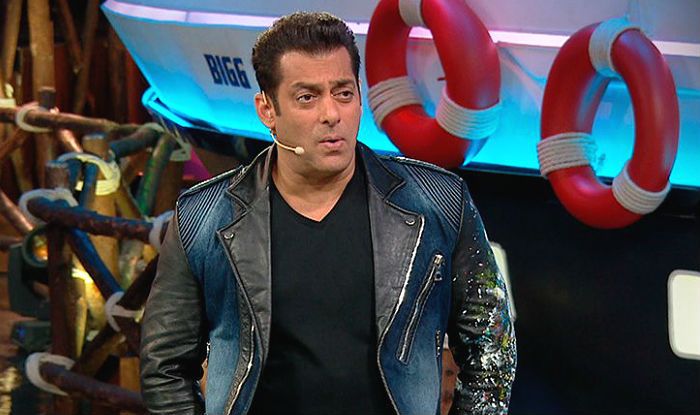 Blame no. 2 on KV is that he is diplomatic, manipulative, encourages group-ism and favourite-ism; he is fake, selfish and picks onto other’s mistakes to make himself look better. Kriti and Roshmi feel that all the blames are justified.

It’s time for the Appy Fizz caller of the week. Varun Shetty calls from Mumbai and asks Sreesanth that he played a double game in the Samudri Lutere task. Salman asks him how he could pick Romil and Nirmal for the ‘kaal kothri‘ punishment when he himself steered away from the strategies he made in the task. Sreesanth makes a highly sexist comment while answering. When Salman asks him what would he do if he is playing against women cricket team… would he let them win the game thinking they are women? He asks what if they score around 200 in the match, Sree says he doesn’t believe a women cricket team can score big and he would always perform little slow if he is playing against the women cricket team. 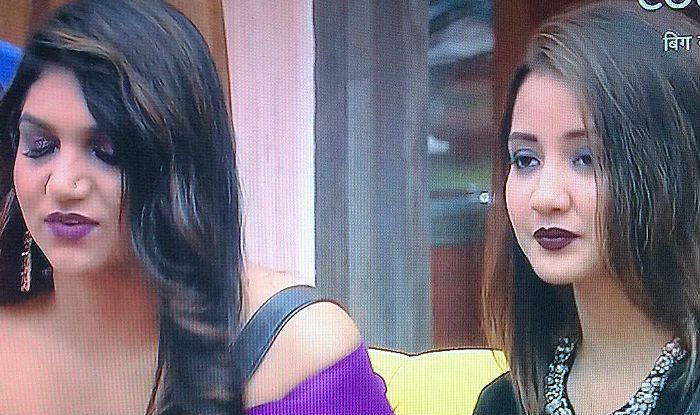 Housemates pick Romil’s name and he goes inside the torture room. Sreesanth is upset with Romil’s ‘middle-class family’ comment.

Salman returns after the break and calls Tabu and Ayushmann Khurrana on the stage to promote their upcoming film, Andhadhun. The two entertain the audience and promote the film.

Salman goes back inside the house to announce the final eviction this week. He asks Roshmi and Kriti to come out of the house. Another contestant is left to be eliminated. It will be shown in the next episode.

Watch out this space for more updates and news on Bigg Boss 12!