Hina Khan finally made an entry into our TV screens the last night as she began her Komolika stint on Kasautii Zindagii Kay. Carrying a stunning black lehenga, junk jewellery and her Nikaaa swag, Hina looked beautiful. Before she entered the show last night, there was a lot of buzz around who was playing Komolika in the modified version of Kasautii… The makers successfully kept the excitement and Ekta Kapoor kept the guessing game on for the audience. She kept teasing the viewers by not revealing Hina’s name but giving glimpses into her look for the show. Hina started shooting for the show last week itself and since then, she has been actively talking to the media about being the new Komolika of the small screen.

In her one such interview recently, Hina answered what made Ekta offer her the role of the iconic vamp. She said she doesn’t know the exact answer but probably Ekta got impressed with the way she used to dress herself up on Bigg Boss 11. She talked to Bollywoodlife and said, “When we are talking about Komolika, she was one of the fashionable characters of television during its reign. In Bigg Boss, people appreciated the way I dressed in the house and so yes that could be one reason but again I think Ekta would probably know best”. 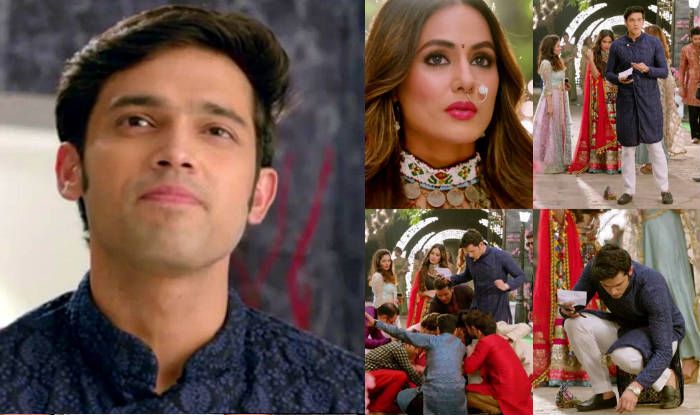 Hina also said that Ekta should be in a better position to answer the question. She added, “Don’t you think Ekta can answer this question better than me? She knows exactly why she chose me for Komolika. Having said that, I feel each and every step in one’s career leads to the next one”.

Meanwhile, Hina’s entry in last night’s episode has left the viewers divided on the social media. While some are praising her, some are of the opinion that Hina had the potential of doing much better. As shown in the last night’s episode, Anurag doesn’t look back at Komolika like other men around, when she steps into the Basu house. Reacting to this, she says “Kaun Hai Ye Jisne Komolika Ko Palat Ke Nahi Dekha, Who is he…” Now, this dialogue is quite similar to what Kareena Kapoor’s iconic character, Poo, says in Kabhi Khushi Kabhie Gham. Hina has been slammed for not bringing anything new to the plate, not even the dialogues.