Here's what Krushna Abhishek, Kapil Sharma's co-star from the show has to say on the controversy

Comedian Krushna Abhishek has refused to comment on the controversy around Navjot Singh Sidhu‘s removal from his show, The Kapil Sharma Show. The actor was present at an event recently when he was asked to comment on Sidhu’s statement that has already been widely criticised on social media. Krushna said that he isn’t aware of anything that’s been trending on the social media and has no clue about what Kapil Sharma has said about Sidhu being replaced by Archana Puran Singh on the show.

Krushna added that he can only talk about the matter after a discussion with the channel. He was quoted by DNA saying, “Mujhe nahi pata kya chal raha hai lekin filhaal desh mein mahaul theek nahi hai. Sab shok mein hain. Halaaki Archana Puran Singh ke saath hum shoot kar chuke hain lekin Archana ne kisi media ko kaha hai ki abhi tak unhone puri tarah contract sign nahin kiya hai. Lekin phir bhi mein channel se baat karke hi kuch comment kar sakta hun.” (I don’t know what’s happening, all I can say is that the country is dealing with a difficult time. We have shot with Archana Puran Singh. She has told the media that she hasn’t signed any contract. However, I can only comment on it after having a word with the channel) 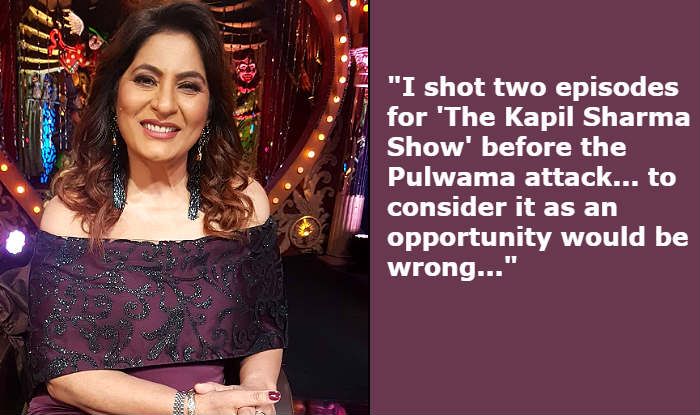 After Kapil said that ‘removing Navjot Singh Sidhu from a show is not the permanent solution of terrorism’, hashtag #BoycottKapilSharma started trending on Twitter as it was considered that he was allegedly favouring Sidhu with his comments. However, Krushna said that he had no idea about any such thing. He said, “Kapil ne kya bola mujhe nahin pata usne kya bayaan diya. Mujhe Kapil ke Twitter boycott ke bhi jankaari nahi hai. (I don’t know what statement has Kapil given. I even don’t have any knowledge about Kapil’s boycott from Twitter.)”

As many as 49 CRPF troopers lost their lives in the Pulwama terror attack happened on February 14, Thursday, in which their convoy was attacked. Pakistan-based Jaish-e-Mohammed claimed responsibility for it.