Vicky Kaushal and Katrina Kaif were even clicked while celebrating Diwali together. Now, the actor finally addresses the rumours of him dating Katrina.

Actor Vicky Kaushal is rumoured to be dating Katrina Kaif. There are strong speculations in the Bollywood grapevine that the two stars are silently dating and only a few close industry friends know about their relationship. Now, in his latest interview with an entertainment portal, Vicky addressed the rumours for the first time. He refused to believe the speculations and maintained that he doesn’t take them seriously.

Vicky said ‘there’s no scope for any clarification’ because he has been quite vocal about his personal life since always and had there been any truth to the rumours, he would have talked about it. Vicky said he has now understood that such rumours and reports are a ‘part and parcel’ of his profession. The actor, who is gearing up for the Udham Singh biopic, said he has developed a maturity level to understand how to not get affected by these reports and keep focussed on work. The talented actor said the audience only loves an actor for his good work and he wants to serve them just the same. 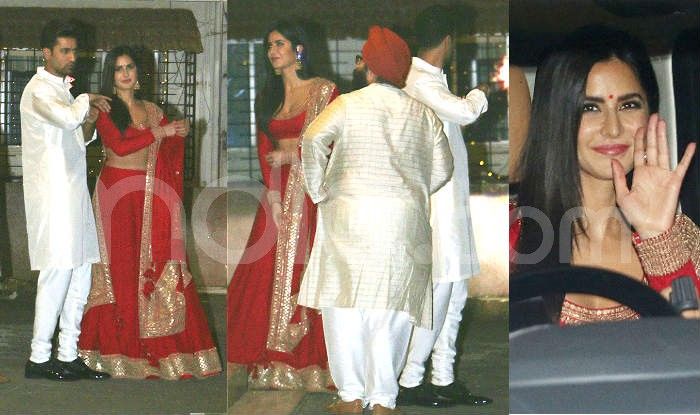 “We chose to come into the spotlight. There are a lot of people who hate to come into the spotlight. But that is the nature of being an actor, you have to accept and make peace with public speculation. Some days it will be truthful, some days not truthful,” he told Filmibeat.com. Adding that ‘there’s no story at all’, Vicky said he has got too much on his plate to invest in anything else and he is going to maintain the same.

It is believed that both Vicky and Katrina like to spend time together and never lose out on an opportunity to be with each other at a party or an event. The two also celebrated Diwali together and were clicked by the paparazzi outside Vicky’s building. It was reported that even at the Ali Abbas Zafar’s birthday party that happened recently, Vicky and Katrina definitely stole some gazes and apparently, Vicky was the first one to cheer loud when Katrina hit the dance floor. The two, however, always avoided being clicked together.