Anushka and Virat were spotted at the Mumbai airport.

Actress Anushka Sharma and her husband Virat Kohli are one of the most loved couples of the country. Both of them never fail to give relationship goals to their fans. Lately, the couple returned to Mumbai after mini vacation. The cricketer played a doting husband as he was seen protecting his loving wife. Well, it goes without saying that he is setting the bar high for all the husbands.

Both the stars looked super stylish at the airport. Virat wore a pink sweatshirt and black denim. On the other hand, Anushka donned white top and blue denim. She completed her look with a grey jacket. Both the stars have been busy with their work commitments but they always manage to take out time from their busy schedule for each other. 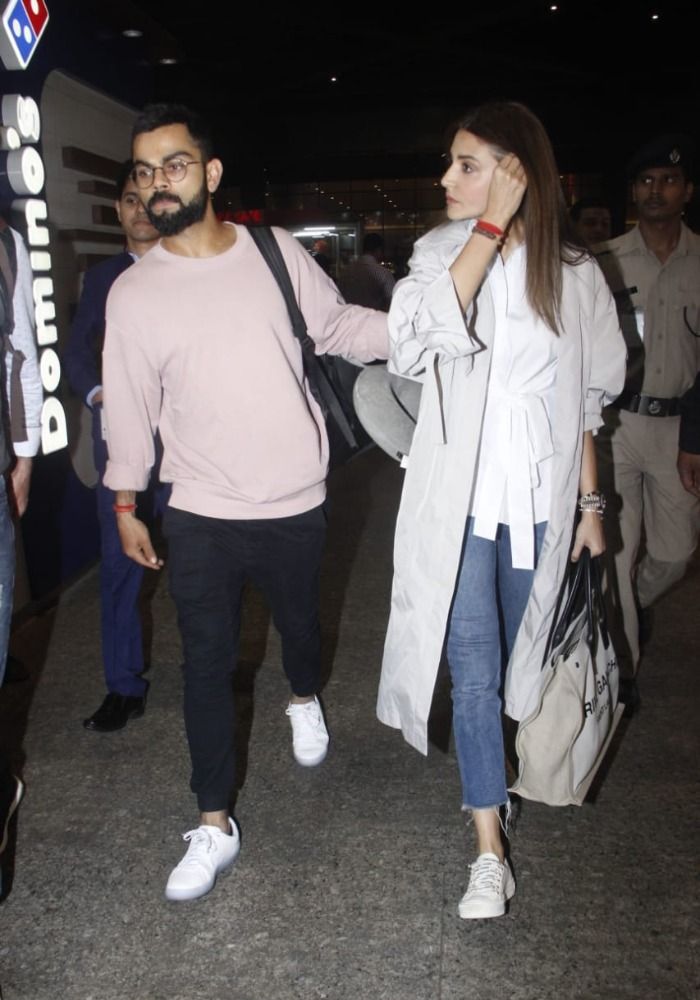 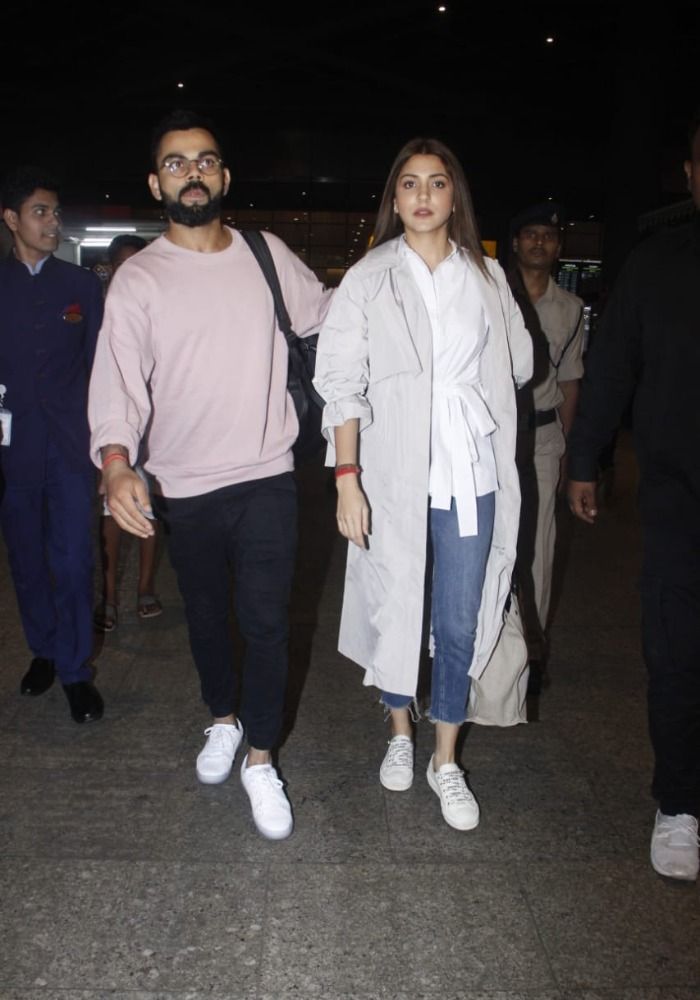 From sharing adorable posts to their PDA, Virat and Anushka have always proved that they are head over heels in love. Recently, the couple gave best wishes of Diwali. Both of them looked adorable in the picture. The actress looked ethereal in Sabyasachi saree whereas Virat wore a traditional white outfit.

Happy Diwali from our home ✨ May you all find the light in you this Diwali …. 🕉️✨🙏

After dating for few years, Virat and Anushka tied the knot on December 11, 2017, in Italy. The ceremony was attended by close friends and family of the couple. Later, they hosted a grand reception which was attended by some renowned faces of the silver screen.

On the professional front, the actress will next be seen in Aanand L Rai’s ambitious project Zero. The film also features Shah Rukh Khan and Katrina Kaif. Anushka will be seen playing the role of a woman suffering from Cerebral palsy. The trailer received positive response from cinema lovers. Zero is all set to hit the screens on December 21.