An unmissable picture from the sets of Vivegam

Thala Ajith’s Vivegam released in theatres on August 24 to packed houses and broke some records, while making a few new ones. The Vivegam storm was predicted and it is showing no signs of settling anytime soon.

More shows and screens have been added to make sure that more and more Thala fans get to see their superstar’s latest action flick. The film has been loved by family audience, especially women and kids and has been picking up steadily due to strong word of mouth. By day 5, the film had already crossed the Rs 100 crore mark.

Apart from the action scenes that were shot a la Hollywood action flicks and Thala Ajith’s impeccable acting, audience also loved the chemistry between him and his first time co-star Kajal Aggarwal. The actress played his gorgeous wife in the film and the two looked the part. ALSO READ: Thala Ajith’s Vivegam To Hit Theatres In Hindi Soon – Exclusive

And now, we got our hands on a beautiful picture of the actress from the sets of Vivegam. What makes this click special is that it is taken by Thala Ajith himself. Ardent fans of the superstar would know that he is a great photographer and pursues it as a passionate hobby. The picture, with the stamp of Ajith Kumar photography, was posted on social media by trade analyst Ramesh Bala and it has been going viral since then. Take a moment to admire Thala’s photography skills and Kajal’s flawless beauty here: 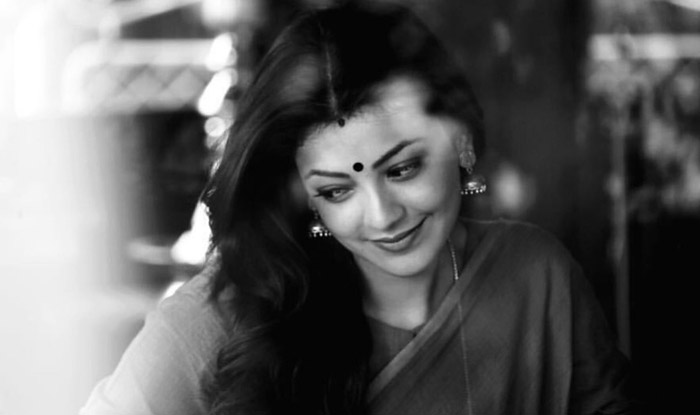 Kajal Aggarwal from the sets of Vivegam

The candid picture captures Kajal’s smile beautifully and showcases her exotic, desi avatar from the film. The two stars make a great onscreen pair and we are sure fans would love to see more of them together. What say?