The festival of Ganesh Chaturthi is a grand affair for the Oberois.

Everyone is in full force, prepping up to welcome Lord Ganesha. Be it the celebs or commoners, all celebrate the festival of Ganesh Chaturthi with much love. The celebs take break from their work so that they can be part of Ganpati Aarti. As the day comes to an end, you’ll pictures of celebs bringing Lord Ganesha’s idol home. This time there is one such celeb in tinsel who’ll be all excited for two reasons, the release of his film and the arrival of Ganpati Bappa. Like you read in the headline, we are talking of handsome hunk Vivek Oberoi.

Today (August 24) the Tamil film ‘Vivegam’ starring Ajith, Kajal Aggarwal and Vivek Oberoi in the lead has hit the silver screens. The movie directed by Siva has received overwhelming response. The fabulous star casts brilliant performance has won the audiences heart. In fact, the movie buffs even loved Vivek’s negative avatar in the film. He played the character Aryan Singha. Now what else Vivek needs to rejoice?

Moreover, the arrival of Ganpati Bappa at his abode has just doubled up Vivek Oberoi and his family members excitement. The festival of Lord Ganesha has always been a grand affair for the Oberois. In the pictures you can see Vivek entering home with the idol and how his father Suresh Oberoi and wife Priyanka Alva Oberoi is welcoming the Lord. Take a look at the pictures below: 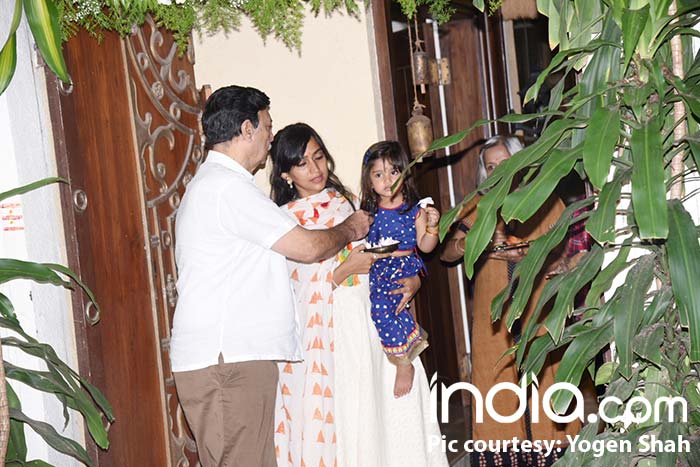 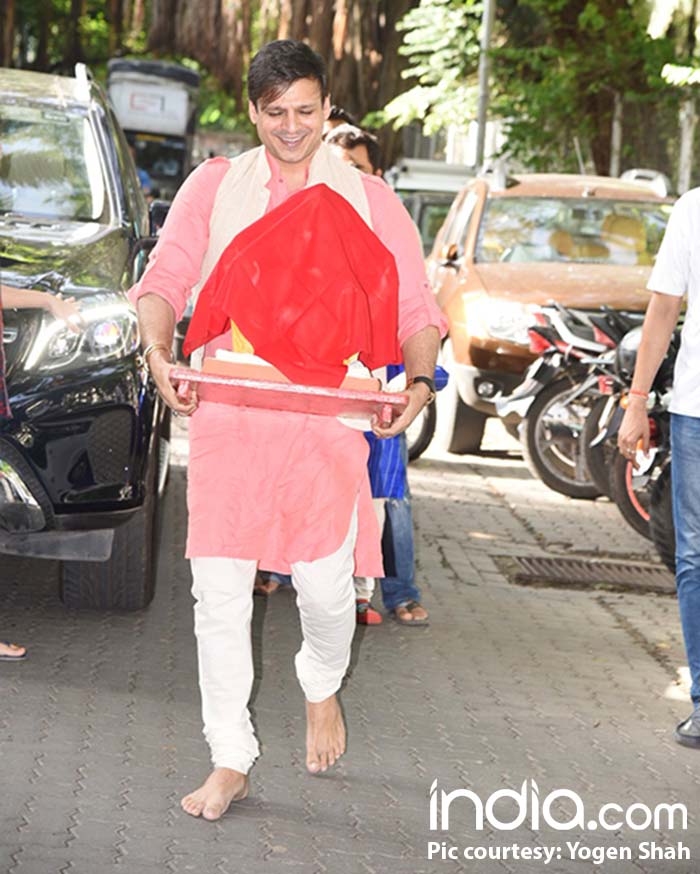 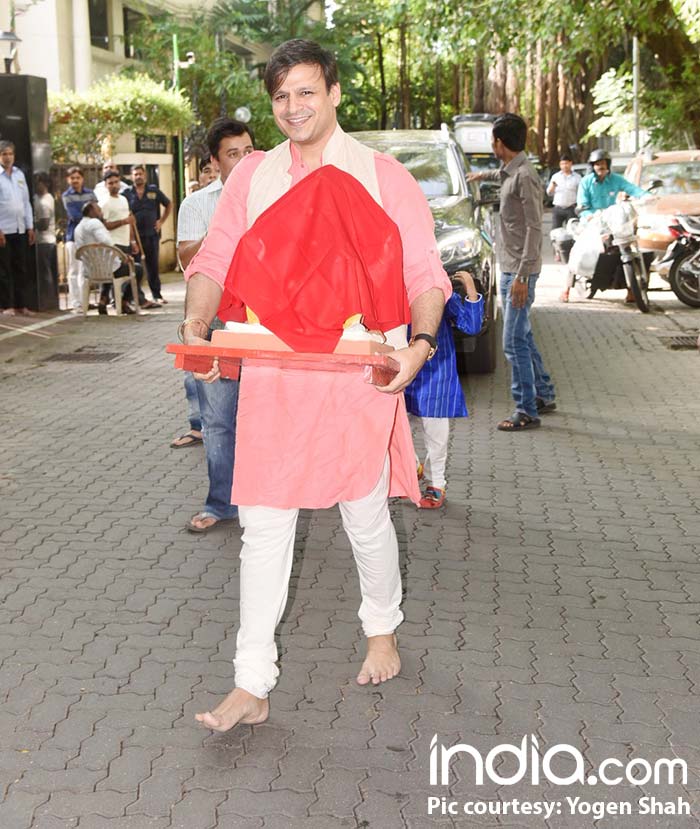 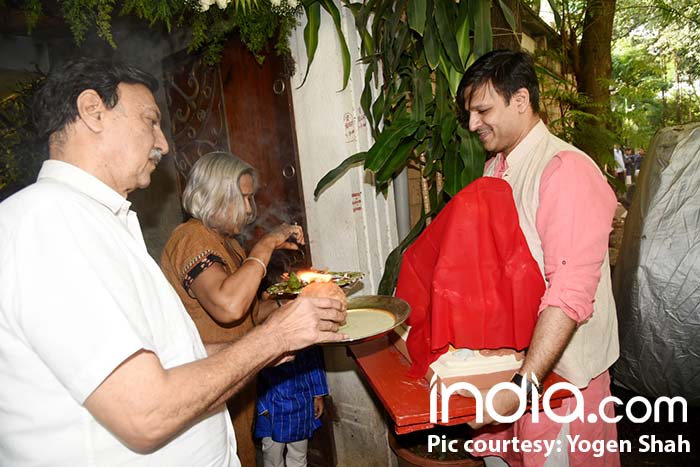 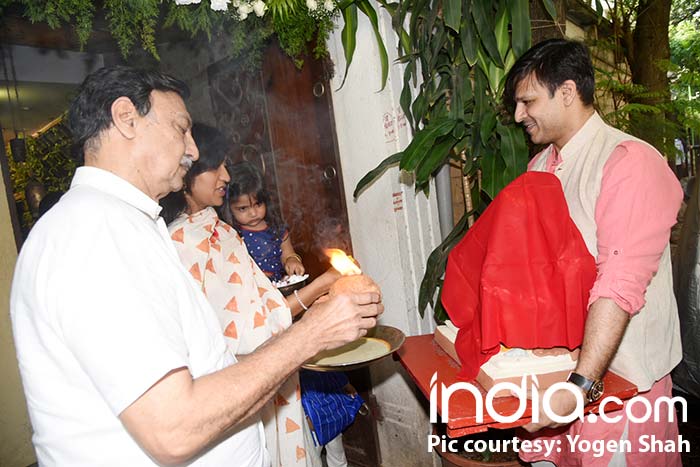 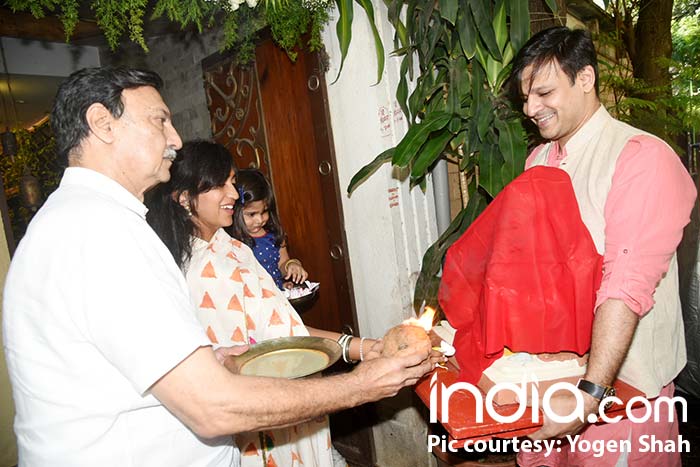 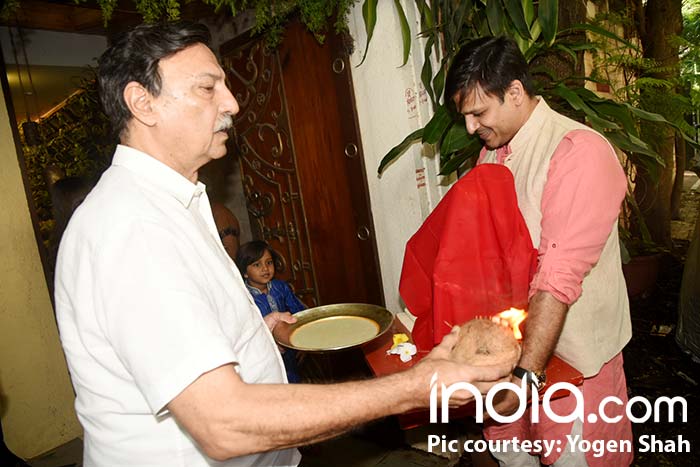 Talking about other celeb from the industry, this time Salman Khan has taken break from his schedule of ‘Tiger Zinda Hai’ to celebrate Ganesh Chaturthi. But this time the Khan khaandaan wouldn’t be celebrating the festival at their Galaxy Apts instead the celebration will be held at his sister Arpita Khan Sharma’s residence. Yesterday we also saw pictures of Sanjay Dutt and Maanayata visiting the Ganpati pandal in Lokhandwala. For more pictures and other buzz from the glamorous showbiz industry, stay tuned to India.com.