Rajinikanth Kabali fever grips the nation! Thalaiva all set to smash all the records set by Salman Khan's Sultan? #‎KabaliThisFriday‬

Superstar Rajinikanth’s fandom is beyond comprehension. Ahead of the release of Rajini’s much awaited movie Kabali, the fans of Thalaiva are euphoric! Kabali is going to be one of the mega releases for the actor and his fans just can’t keep calm ahead of this big release. The movie is also touted to smash all the records set by Salman Khan’s big release Sultan. Only time will tell if Rajini will put a halt to Salman Khan’s successful run at the Box Office or not.

Meanwhile you would be surprised to know how Rajini fans are prepping up for the big release on July 22. The first day Pooja ceremony and performing Pal Abhishekam to large cutouts of Rajini is passe. You will be flabbergasted to know that a Data Processing company located at Kottivakkam, Chennai is declaring a holiday on the release of Rajini’s movie Kabali. (ALSO READ: Kabali Music review: Rajinikanth & Radhika Apte starrer Kabali music album is phenomenal!).

The Vice President of Data Processing company Fyndus declared a holiday on July 22, 2016 so as to avoid all the leave requests that is bound to be sent across to th HR department by the employees. 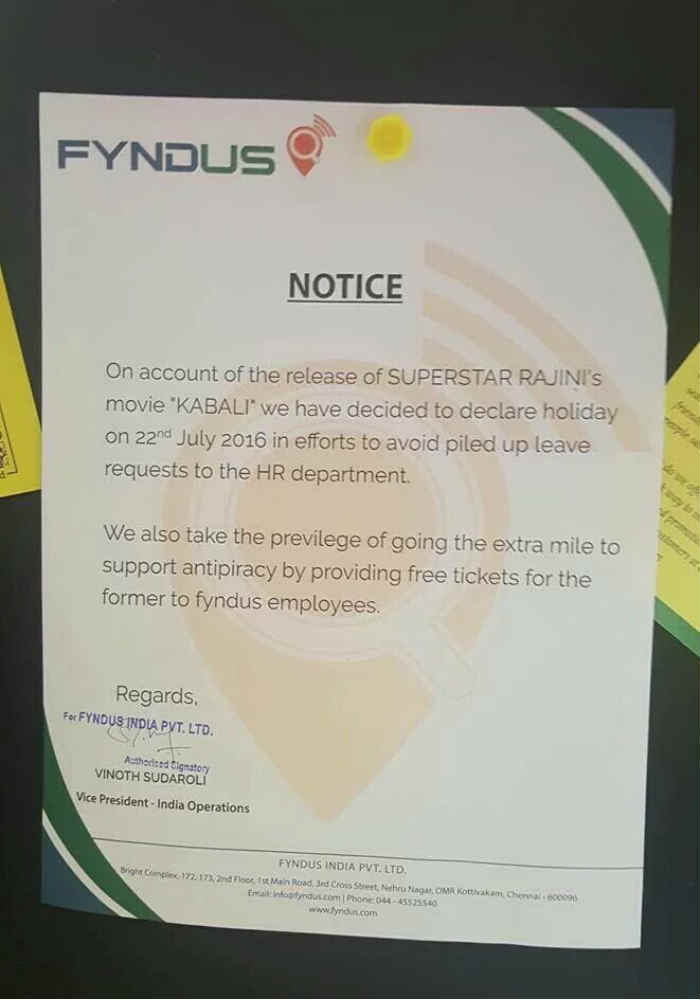 The Fyndus notice reads: On account of the release of SUPERSTAR Rajini’s movie Kabali, we have decided to declare holiday on July 22, 2016 in effort to avoid piled up leave requests to the HR department. We also take the privilege of going the extra mile to support anti piracy by providing free tickets to the former Fyndus employees. 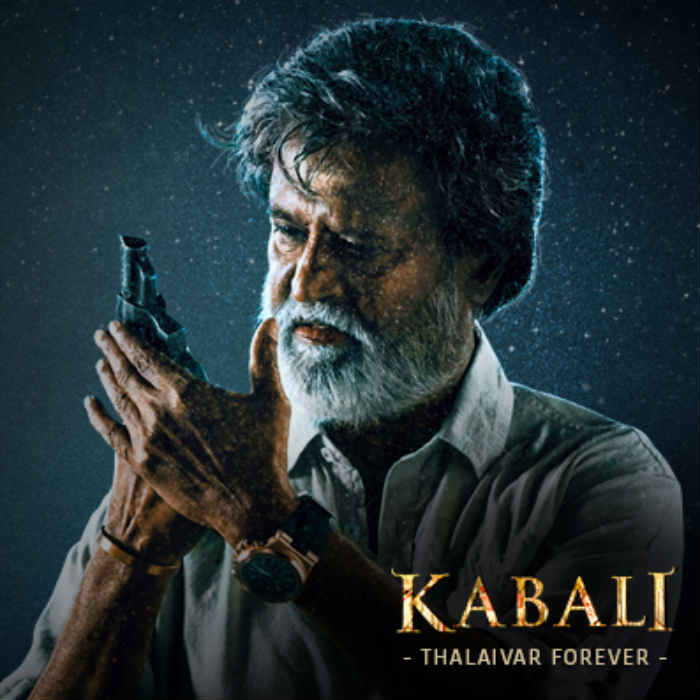 Now that is all together a whole new Rajinikath fandom moment that we will never forget! What do you have to say about the Thalaiva fever that is gripping the Rajinikanth fans? (ALSO READ: Kabali vs Madaari: Rajinikanth or Irrfan Khan, what will you watch this weekend?).