Why is birthday boy Salman Khan still a virgin?

We try to figure out why Salman Khan has failed to have sex till now? 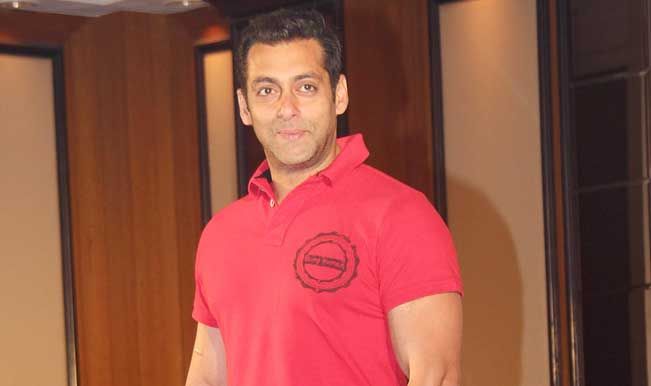 Recently,  birthday boy Salman Khan revealed to the entire nation that he was – wait-for-it – a virgin! That’s right everyone’s favourite bhai, is probably everyone’s favourite bhai! Now we’ve been wondering exactly what it is that kept Salman Khan from enjoying sex? It seems quite infeasible that a man who has dated some of the hottest women in Bollywood including the likes of Katrina Kaif and Aishwariya Rai kept his thing in his pants but that’s what Salman claimed he had done for the last 48 years!

Here are five reasons which might explain his inexplicably long barren run:

Indian men are brought up with moral values that discourage premarital sex and Salman Khan has stayed true to his roots. He did claim that all his past girlfriends were just friends and they didn’t indulge in amorous behaviour.

Sallu bhai is has trouble with you-know-what

The inability to perform  is a physical problem that allegedly afflicts one out of three men in their lifetimes. It can be due to physical or psychological reasons and heavy drinking and smoking, are known to amplify the problem. Salman Khan has a long history of both and perhaps that’s where all the rage came from, the frustration can dampen any man’s spirit.

The girls didn’t like what they saw underneath the clothes

While Salman Khan might be everyone’s favourite Khan, perhaps the ladies just didn’t like what they saw underneath the clothes. Maybe the ripped muscles are just a façade and the body underneath isn’t that nice.

The women got fed up with his antics!

We all know that Salman is a troubled human being. He poured a cold drink over his ex Somy Ali and harassed former Miss World Aishwariya Rai Bachchan to the point that she called it ‘a nightmare in my life we are thankful is over’! Sangeeta Bijlani bizarrely claimed it was his infidelity (how can he be an infidel if he was a virgin). We’ve been told that his alcoholism played a major reason in these relationships failing, which also brings us back to our earlier impotency theory.

The most logical explanation would be that Salman Khan plays for the other team.  Maybe he is just not interested in girls and since Supreme Court of the nation has decided to make it illegal there is no way he could openly admit what his preferences are.

(Disclaimer: This is a pure work of fiction. We really have no clue about the health status.)