1st ODI Sydney: With Rain Washing Out Practice Session, Weather Forecast And What it Holds For Virat Kohli-Led India And Aaron Finch’s Australia at SCG?

1st ODI Sydney: So, will rain again play a decisive factor when Virat Kohli's India take on the hosts at Sydney Cricket Ground?

1st ODI Sydney: So, will rain again play a decisive factor when Virat Kohli’s India take on the hosts at Sydney Cricket Ground? It was the bad light and rain that robbed India off its victory in the final Test and now the rain has affected the practice session for the boys in blue. Kohli and his men had to go indoors for their practice session as it had been raining outside in Sydney. With the first ODI 48 hours away, the weather is again taking forestage, which should not be the case. Thankfully, for fans, January 12 promises to have little to no rain and according to the forecast, it is going to be sunny. Also Read - IPL 2020: RCB Skipper Virat Kohli Reveals His Cricket Superstition While in Conversation With Pep Guardiola

Here is the weather forecast at Sydney for January 12: Also Read - Not Far From Achieving my Dream of Becoming MMA World Champion: Ritu Phogat 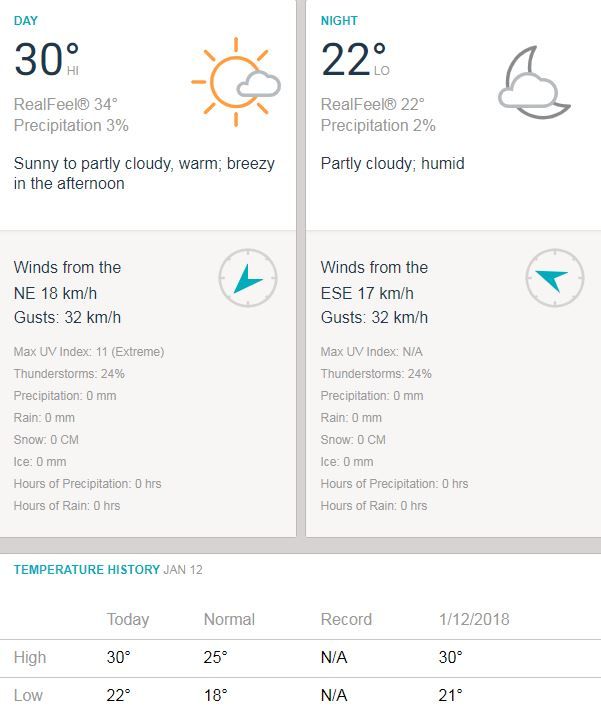 It shows that there would be clear skies throughout which means it would be a day of great cricket. Also Read - India vs Australia 2020: Virat Kohli And Co. Allowed to Train in Quarantine by NSW Government 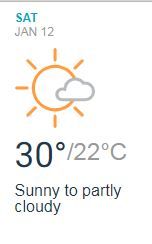 After winning the Test series and creating history, India will start firm favourites. MS Dhoni, Rohit Sharma, Yuzvendra Chahal’, Kedar Jadhav and Khaleel Ahmed joining the squad would mean India would be strengthened in all departments. Meanwhile, India has rested Bumrah for the limited overs schedule, which ends with the New Zealand series.

India has a long white-ball season lined up ahead of the marquee tournament in England this summer, with three ODIs in Australia and another five ODIs in New Zealand along with a three-match T20I series there as well.

Australia then visits India for a return leg of five ODIs and two T20Is, before the 2019 Indian Premier League season gets underway on March 23.

Meanwhile, BCCI has just announced that Australia will play India in a two T20Is and five ODIs in India in February. The T20Is will start at 7:00 PM IST, whereas the five ODIs, which will start from 1:00 PM IST. This comes just after India toured Australia for a full-fledged series, also including Tests. This is great for the Indian team as they will get adequate practice as a team ahead of the marquee tournament, the ICC World Cup, which is slated to be held later in the year in England and Wales.