Day 10 was an excellent one for India as it pocketed 10 medals including 1 gold, 5 silvers and 4 bronze. 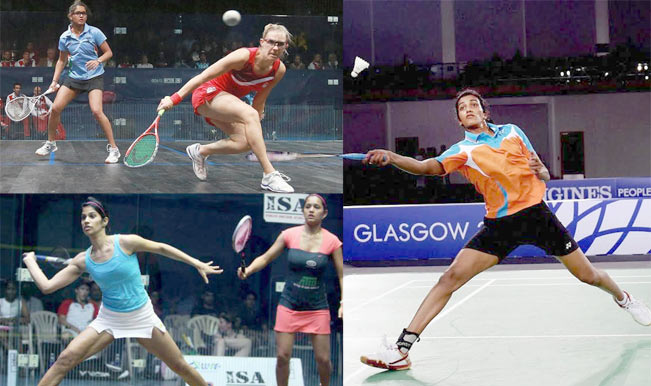 At the end of day 10, India has consolidated its fifth position in the medals tally with 61 medals including 14 gold, 28 silver and 19 bronze medals. England leads the table with 165 medals, followed by Australia’s 132, Canada’s 81 and Scotland’s 52. Scotland is ahead of India by virtue of winning more gold. They currently have 19 yellow medals and are all set to finish the 20th Commonwealth Games in Glasgow at fourth position. It is highly unlikely that India will overtake them and they should be good to retain their 5th place. Also Read - Ashwini Ponnappa bats for more women doubles events

Day 10 was an excellent one for India as it pocketed 10 medals including 1 gold, 5 silvers and 4 bronze. Here is the complete update on the India’s result: Also Read - Hockey India congratulates just-retired former captain Sardar

Boxing – Day 10 of the 2014 CWG was bitter sweet for India in boxing as the country lost 4 gold but the silver lining came in the form of 4 silver medals.

Women’s 57-60 kg – Laishram Sarita Devi lost to Australia’s Shelley Watts in Women’s Light Final. Devi started well to win the first round, however, Watts bounced back to win the other two rounds to take the Final 2-1. Sarita Devi won silver for the nation.

Badminton – It was an excellent day for India in Badminton as the country has won 2 bronze medals and is assured of 2 silvers going in to the 11th day of the competition.

In the other Semifinal, Parupalli Kashyap of India defeated Rajiv Ouseph of England 18-21, 21-17, 21-18 to advance into men’s singles final. He is just one step away from winning a historic gold for the country.

Women’s Doubles – Indian duo of Jwala Gutta and Ashwini Ponnappa have qualified for Final of women’s doubles event. They defeated L Y Lim and L Pei Jing of Malaysia 21-7, 21-12 in the Semifinal. The Indian pair is assured of silver.

India overcame spirited New Zealand 3-2 to set the final clash with Australia. India was without its captain Sardar Singh in this match due to suspension. Earlier in the day Australia trounced England 4-1 to qualify for finals.

Powerlifting – Excellent day for India as it pocketed a silver and a bronze in this category.

Men’s Event: Rajinder Rahelu of India lifted a total weight of 180.5 kg to win silver for the nation in men’s heavyweight group A event.

Women’s Event: Sakina Khatun of India won a bronze and did the country proud in women’s lightweight powerlifting event. Sakina won the medal for her lift of 88.2 kg. Gold went to Nigeria and England won silver in this event.

Table Tennis – It was a disappointing day for the country as Sharath lost out on medal.

Earlier in the day, Sharath lost to Jian Zhan of Singapore 0-4 in men’s singles second Semifinal.