Day 9 was action packed day for India and here is the complete update on the Indian results. 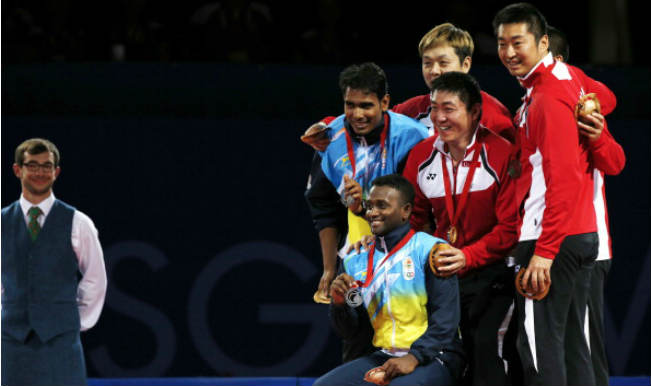 At the end of day 9, India has swiftly moved into fifth position in the medals tally with 51 medals including 13 gold. However they still trail the host nation, Scotland which is currently ranked fourth by four gold medals. Day 9 was action packed day for India and here is the complete update on the Indian results: Also Read - Jawaharlal Nehru Stadium in New Delhi to be Redeveloped at a Cost of 7,850 Crore

1. Boxing – India won a bronze medal and is assured of four more medals at the end of day 9. Also Read - From Sachin Tendulkar to Abhinav Bindra, India Icons Predict How Sporting World Will Change After Coronavirus

i. Men’s 75 kg – Star boxer Vijender Singh defeated Connor Coyle of Northern Ireland in Men’s Middle semifinal. He is eyeing gold as India is now assured of a silver medal in this event.

ii. Men’s 69 kg – Boxer Mandeep Jangra defeated Steven Donnelly of Northern Ireland in Men’s Welter semifinal. He is assured of a silver medal in the event.

iii. Men’s 49 kg – It was a day of Indian boxers as boxer Devendro Laishram overcame Ashley Williams of Wales in Men’s Light Fly semifinal. India is assured of silver in 49 kg event.

i. Women’s 57-60 kg – Laishram Sarita Devi of India defeated Maria Machongua of Mozambique in Women’s Light semifinal. She is now eyeing gold but is assured of silver medal.

ii. Women’s 48-51 kg – Pinki Rani of India lost to Michaela Walsh of Northern Ireland in Women’s Fly semifinal. Nevertheless, she won a bronze for the country.

2. Athletics – India did well by pocketing a silver medal in women’s discus throw.

i. Men’s Triple Jump – India’s Arpinder Singh qualified for the finals after leaping a distance of 16.51m in Group A qualification round.

3. Badminton – Overall it was a good for Indian shuttlers.

i. Men’s Singles – India’s RMV Gurusaidutt defeated Chong Wei Feng of Malaysia 21-15, 8-21, 21-17 in the quarterfinals. He is moved into semifinal and is now one step away from assuring a medal for the nation.

i. Women’s Doubles – India’s Jwala Gutta and Ashwini Ponnappa have qualified for semifinals of women’s doubles event. They defeated Sri Lankan pair of Achini Rathnasir and Upuli Weerasinghe 21-10, 21-9 in the quarterfinal.

i. Men’s Doubles – India lost to Singapore 1-3, in men’s doubles gold medal match and had to settle for silver. India’s Achanta Sharath Kamal and Anthony Amalraj went down fighting to Singapore duo of Ning Gao and Hu Li.

In the other quarterfinal match, India’s Soumyajit Ghosh lost to England’s L Pitchford

i. Women’s Doubles – India’s Shamini Kumaresan and Madhurika Patkar lost to J Drinkhall and K Sibly of England in their quarterfinal match.

Ankita Das and Poulomi Ghatak of India lost to Beh LW and Ng SK of Malaysia in the round of 32.