A statistical comparison between Virat Kohli and Joe Root

Virat Kohli and Joe Root are no doubt among the hot properties in cricket right now. Both the cricketers are not just good in one format but perform their duty productively across each format. Both India and England are up against West Indies and Pakistan respectively in Test cricket right now, and these two batsmen have been at the forefront with their sublime batting. Also Read - Pakistan Cricketer Danish Kaneria Lauds Virat Kohli's Team India For Making it to ICC World Test Championship Final

While Kohli notched his career’s maiden double hundred against West Indies the other day, Root pummeled Pakistan at Old Trafford to score his second double ton of his Test career. It is these two double hundreds that made us go for a statistical comparison between Kohli and Root. So here it is- Also Read - Rohit Sharma's 161-Run Knock in 2nd Test Was Most Defining Moment in Series: Virat Kohli

Test debut- Kohli made his Test debut against West Indies in 2011 and a year and five months later Root played his first Test against India. Root score 73 on debut; however Kohli just managed four runs.

Matches and innings- Including the current Tests, Kohli and Root have featured in 42 and 44 matches respectively. Kohli has batted in 73 innings while Root in 79. 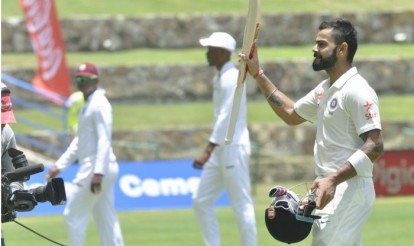 Average- The Indian batsman averages close to 47 and his English counterpart averages over 55 in Tests. 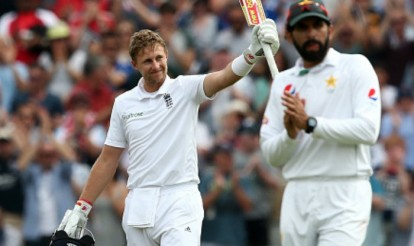 Centuries and half centuries- Despite having played a couple of less matches than Root, Kohli has 12 centuries and as many half-centuries against his name. Root, on the other hand, has ten hundreds and 20 fifties to his credit.

Ducks and Not Outs- Root has been dismissed on nought three times while Kohli four times. The England batsman has finished unbeaten on 11 occasions and Kohli just in four innings.

So many highlights, but here are some from @root66‘s magnificent double hundred. 500 up for ENG too #ENGvPAK https://t.co/BfvCbcp0nr

Rankings- After scoring the double century, it is likely that both the batsmen will improve on their current rankings. Root is placed at number four in Test rankings for batsmen while Kohli is on number 14.