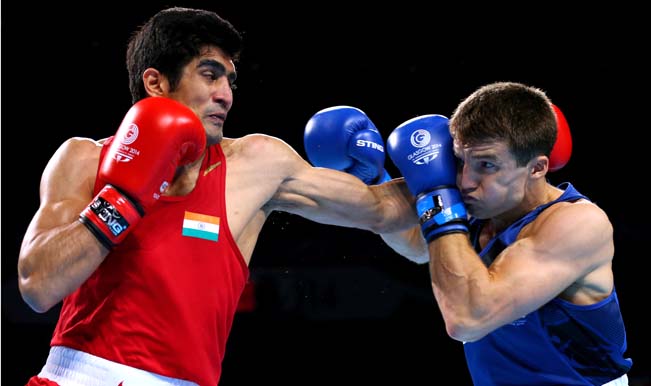 New Delhi, Sep 16: After granting provisional recognition to Boxing India, the International Boxing Association (AIBA) has now asked the newly-elected body to apply for IOA membership while making it clear that it would no longer deal with the ad-hoc committee which had been appointed for the sport. Also Read - 'Kashmiris Don't Feel They Are Indians & Would Rather Prefer to Be Ruled by China', Says Farooq Abdullah

“As of today, the Ad Hoc Committee established by the Indian Olympic Association will no longer be representing boxing in India and all boxing related matters including managing all level of competitions will be managed by Boxing India in full cooperation with AIBA,” the world body said in a statement. Also Read - Proud Moment! 17-Year-Old Surat Girl Appointed Green Ambassador By United Nations Environment Programme

“AIBA also wishes that Boxing India applies for a membership of IOA and receive its recognition following the IOC Charter in the very near future,” it added. The IOA-appointed six-member ad-hoc panel had been handling some affairs of Indian boxing after the federation was terminated earlier this year. Also Read - 16 Countries Provide Visa-Free Entry to Indian Passport Holders: Govt Tells Rajya Sabha

However, AIBA yesterday granted provisional recognition to Boxing India (BI) after elections to form a new federation were successfully conducted last week in the presence of two observers from the world body. AIBA President Dr Ching-Kuo Wu wrote to BI President Sandeep Jajodia confirming the provisional recognition, which would be permanently ratified during the AIBA Congress in November.

“On behalf of the International Boxing Association (AIBA), I would like first of all to congratulate you and your New National Federation on the recent elections of all the Executive of Boxing India including you as its President,” Dr Wu said in the letter.

“Immediately after having received your letter with all results as well as AIBA’s Observers’ reports, the process of getting the approval of the AIBA Executive Committee Bureau to formally recognize Boxing India as an AIBA Provisional Member was conducted. In this regard, I am pleased to inform you that the AIBA EC Bureau has unanimously approved your AIBA Provisional Membership which will be further ratified by the 2014 AIBA Congress,” he added.

Dr Wu called on the BI to administer the sport with transparency and even invited the newly-elected team to the AIBA headquarters for a learning session.

“I would like to emphasize the importance of managing Boxing India in the most transparent, fair, democratic manner and most importantly in the respect of all AIBA Rules and Regulations. In this regard, a team of Boxing India Management was invited by AIBA President to have a learning session at the AIBA Headquarters to catch up on all AIBA programs and on how the sport of boxing should be managed in India as soon as possible after the AIBA Congress,” he said.

AIBA’s recognition to BI ended Indian boxing’s administrative exile and cleared the decks for the country’s pugilists’ hassle-free participation in the upcoming Asian Games. Whether the boxers will be allowed to compete under the Indian flag or have officials such as doctors accompany them for the September 19 to October 4 Games is yet to be made clear by the world body.

The Indian boxers were only travelling with their coaches at international events due to the termination of the national federation. The erstwhile Indian Amateur Boxing Federation was suspended in December 2012 for alleged manipulation in elections. Thereafter, AIBA Executive Committee decided to terminate India in March this year “due to serious violations of the AIBA Statutes and Bylaws”.

Following this, it was decided to establish a new National Federation in India with the new group of people who would “support the principles of AIBA in terms of ethics and fairness”.