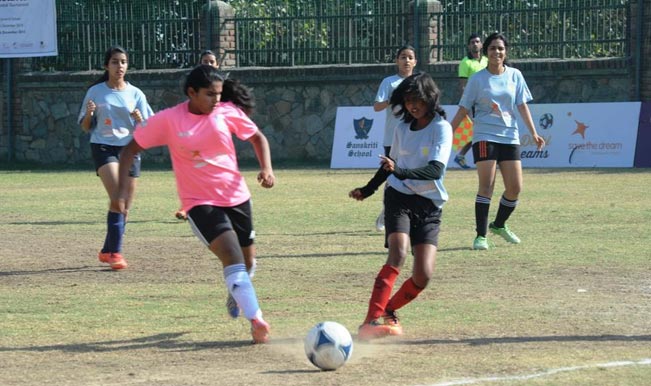 “We are planning to start a franchise-based women’s football league in mid-2015 with the help of FIFA,” AIFF’s General Secretary Kushal Das said on the sidelines of FIFA’s Women’s Football Regional Development seminar and India Development workshop in the national capital. The league already has started to generate interests among football officials in the country with two I-league clubs showing their keenness to be part of it. Also Read - AIFF Plans to Hold National Camp in September Before FIFA World Cup Qualifier Against Qatar

“Two I-league clubs namely Bengaluru FC and Pune FC have shown interests in the development and we hope to incorporate other clubs also,” Das added. Sources in AIFF said that as many as five clubs, including Bengaluru FC and Pune FC, have expressed their willingness to be part of the venture. Other three are I-league outfit Shillong Lajong FC, newly-formed Bharat FC and Wayanad Football Club. AIFF is mulling to have a draft system from which a pool of players will be selected.

The Indian women football team is currently placed at 53 in the FIFA women’s ranking that comprises 133 nations. Last month, it had cinched their third SAFF Women’s Football Championship, thrashing Nepal 6-0 in a one-sided final in Islamabad. FIFA delegates stressed on gender sensitization and shared their knowledge about the standards and status of women’s football in their countries.

“Football is one powerful tool to say to the women that they can participate in the game like their brothers,” said FIFA Executive Member and AFC Vice President Moya Dodd.

Dodd also felt that in the countries where football is not considered as the numero uno sport, officials have to work harder and innovate because they are competing with other commercially powerful sports.

“FIFA is creating a base for the female coaches by providing them training and coaching licenses thus forming a pool of women officials,” Dodd added. The three-day seminar includes around 100 participants from 11 South Asian nations including Afghanistan, Bangladesh, Bhutan, India, Kyrgyzstan, Maldives, Nepal, Sri Lanka, Tajikistan, Turkmenistan and Uzbekistan. They discussed the long-term plan, structure and format for developing women’s football in the region.

Meanwhile Das, in his presentation ‘Strategy and Key Priorities 2015-2018’, laid out plans for developing women’s football in the next four years according to the AIFF Strategic Plan 2014-17. From building respect for women and creating social awareness, to aiming to see the girls in Blue rise till 40th in FIFA rankings and eighth in Asia, Das elaborated on the roadmap ahead and how it can be achieved with the help of all stakeholders.

“Among the 13 strategic goals in the Strategic Plan, Women’s Football is right up there. By 2017 we aim to be among the top 8 in Asia which is realistically very much possible,” he explained.