Radcliffe, who is Women's marathon world record holder, feels events like Delhi Half Marathon will motivate people to pursue the sport. 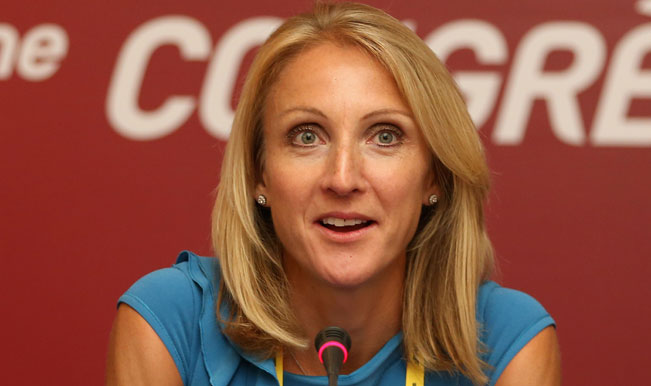 “Motivation is the most important thing in whatever you do. Young talents need right training and support to excel but motivation is something that you can’t buy or receive. If you have the motivation or strong inclination towards your goal, everything will come your way,” said Paula, who is the brand ambassador for the Airtel Delhi Half Marathon to be held on Sunday. Also Read - Delhi Half Marathon: Tsehay Gemechu Smashes Course Record in Women's Event, Ethiopia's Andamalak Belihu Wins Men's Race

The 40-year-old Briton said India doesn’t have a tradition of long-distance running which is why it hasn’t produced a good number of road racers.

“The sport is quite young in India and the country doesn’t have many participants in the discipline. With events like Delhi Half Marathon, people will develop their interest in the sport,” said Paula, who won the world championship in 2005.

“The Kenyans do well in this discipline because their country has a long tradition of it. Of course, there are certain reasons for their success but most importantly they have a culture of running.”

Paula set the world record during the 2003 London Marathon with a timing of two hours and 15.25 minutes. She also holds the world record for road 10-km race. She set a record timing of 30 minutes and 21 seconds in the World’s Best 10k Feb 23, 2003. She is also a three-time World Cross country champion.