According to Daily Mail, Pietersen in his book wrote that Stewart, a former England captain, had informed Hugh Morris, the then director of the English team, and Andy Flower that Richard Bailey -- the owner of the parody account -- had told him three England players had the account’s password. 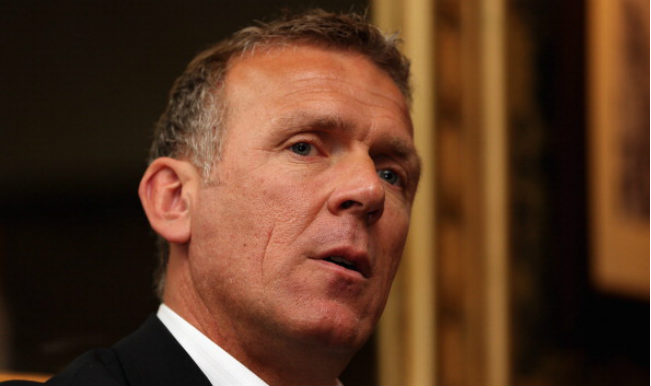 London, Oct 9: Alec Stewart has stood by claims in Kevin Pietersen’s autobiography that the former England wicketkeeper had informed the ECB of three English players who had access to the controversial batsman’s parody Twitter account. According to Daily Mail, Pietersen in his book wrote that Stewart, a former England captain, had informed Hugh Morris, the then director of the English team, and Andy Flower that Richard Bailey — the owner of the parody account — had told him three England players had the account’s password. Also Read - Virat Kohli Named Captain of ICC Men's Test Team of The Decade; Ravichandran Ashwin Only Other Indian in Playing XI

In response to Bailey’s comments in the Guardian Wednesday, where he said: “They (three cricketers) 100 percent did not tweet from it”, Stewart Wednesday night said he reported to the England and Wales Cricket Board (ECB) that he had been told Tim Bresnan, Stuart Broad and Graeme Swann all had access to the parody account. Also Read - Ultimate Kricket Challenge: Three Reasons Why You Should Watch It

Pietersen in his autobiography writes that he was left “totally broken” when he found out that his teammates had access to the account – ‘KPgenius’. “The reason I am prepared to talk about is that he (Bailey) has said he didn’t say anything to me and therefore is doubting my integrity and I won’t have that,” was quoted as saying by BBC Radio 5 Live.

“I aren’t here to nail Pietersen, Broad, Swann, Bresnan. I’m an ex-England player and an England fan. What happened, back in 2012 at the Oval, at the top tier of the OCS Stand at the Vauxhall End of the ground, this gentleman came up and said to me: ‘I understand you follow the KPgenius twitter account’.”

“I said ‘yes, some of it is funny, some of it is close to the bone’. He then said ‘that is me’, I said ‘very good, well done’. He then came back and said, ‘can I keep a secret?’, I said ‘yes, but it depends what you’re going to tell me’.” “He said ‘I can’t tell you’ and then walked away. Thirty seconds later he came back and said ‘three players have access to the account, they have the password’ and he told me the three names, said Stewart, who has played 133 Tests and 170 ODIs.

“I then made Hugh Morris, and Andy Flower at a later date, aware of the conversation, passed on that information and left it at that. If the ECB wanted to investigate or ignore, they could,” added the 51-year-old. “I’m not going to doubt what Pietersen, Broad, Swann, or whoever has said but I will guarantee 100 percent this lad said that to me.”