Alexis Sanchez, who made a free winter transfer move from Arsenal to Manchester United in January had purchased a six-bedroom luxury mansion in the village of Hale Barns but the property is now up for sale Also Read - LU vs ARS Dream11 Team Tips And Predictions, Premier League: Football Prediction Tips For Today’s Leeds United vs Arsenal on November 22 Sunday

Sanchez, 29, will be looking for no less than £1.9million after advertising the property on RightMove. Also Read - Pierre-Emerick Aubameyang: Arsenal Captain Signs New Three-Year Contract 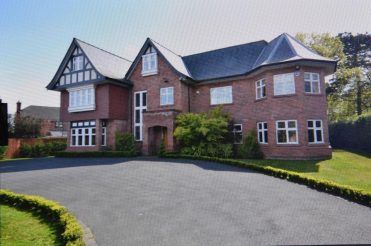 The Chilean failed to impress managing to score just three times for Jose Mourinho’s side after free transfer move from Arsenal in January 2018 which saw Henrikh Mkhitaryan going in the opposite direction who performed fairly well as opposed to Sanchez. Also Read - Transfer News: After Lionel Messi's U-Turn; Liverpool, Man United, Arsenal Look to Get Barcelona Star Antonie Griezmann: Reports

According to an English outlet, ‘The Sun’, After spending his first week in the North West staying at the Lowry Hotel, Sanchez relocated his family and much-loved pet Labradors Atom and Humber to the lavish house located 1.1 miles from Manchester Airport

However, it seems the South American has not settled as well as expected as he prepares to relocate once again.

The mansion boasts five bedrooms and a cinema room as well as all the usual amenities.

And it also had plenty of room for his motors with a detached three car garage that has a gym above it.

The property also boasts a sun terrace, a sizeable garden that has a football goal in place and a piano room with a bar.

Guests are welcomed into the ground floor via a galleried entrance hall before coming to the large open plan kitchen, lounge and dining room.

Three double bedrooms are also on the first floor, with the main master suite that has a stylish walk in wardrobe.

Three further bedrooms are up on the second floor, served by a modern shower room and a cinema/media room.

(Inputs From The Sun)